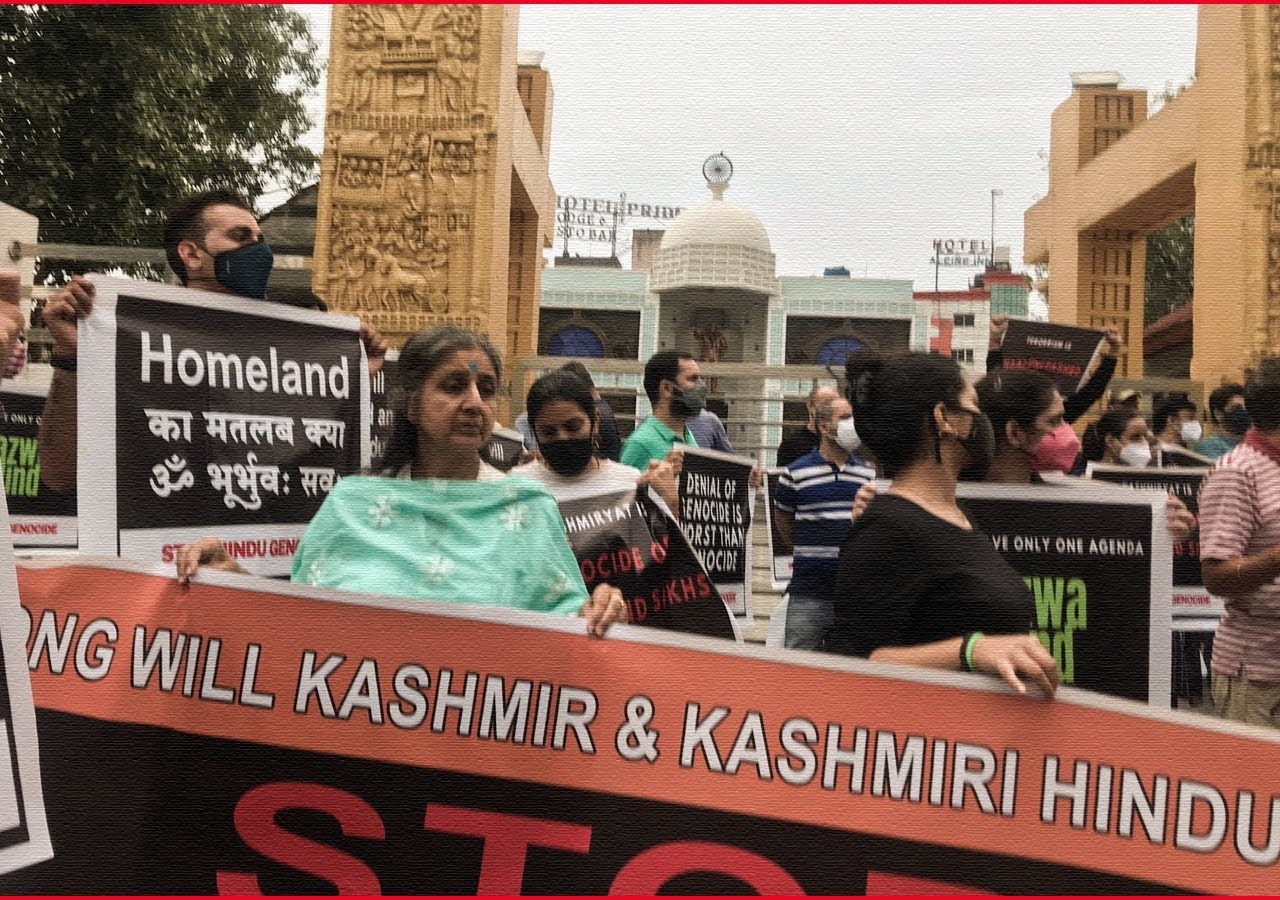 The selective killings of people belonging to the Sikh and Hindu community are once again taking place at the behest of the rogue state of Pakistan. The killings of the Kashmiri Pandits and other minority community members is a matter of grave concern which should attract the attention of the powers. Effective methods should be adopted in order to bring these killings into halt. This sort of targeted killings cast serious doubt on the plan of the return and rehabilitation of the Kashmiri Pandits.

The unfortunate killings of the Kashmiri Pandits and other members of minority communities shivers our spine. They remind us of the hay days of Islamic militancy of 1990 when a genocide was carried out against Kashmiri Pandits in order to scare them and make them flee the region. This time too, Islamic terrorists are trying to create fear psychosis so that the minority communities are forced to leave the valley.

The blood bath of the Kashmiri Pandits should stop for humanitarian sake and for the flourishing of secularism. But one fails to understand until when the genocide will continue taking place. The killing of a policeman belonging to Kashmiri Pandit community and thereafter the brutal murder of the famous Kashmiri Pandit chemist Makhan Lal Bindroo is a gruesome act and deserves strongest condemnation by one and all.

The brutal killing of the two school teachers in the broad daylight and in the school, itself should open the eyes of those who are claiming that the situation of Kashmir is normal and that peace is returning to the valley.

Pakistan wants to wants to create a fearful and insecure atmosphere in the region and as such its trained terrorists are killing the soft targets and create fear psychosis, thus forcing the minorities to leave the valley. This time, the heinous murder of Deepak Chand, a teacher employed under the PM Package, is intended to instill dread among PM Package personnel. To be clear, the modus operandi of the state-sponsored terrorists is to kill one and scarce hundreds.

The genocide of minority people is continuing and the spilling of blood does not stop. Looking at the current scenario, the government should give full powers to the security forces. Looking at the scenario, it is expected to respond quickly and empower security authorities in order to either neutralise or nab and imprison the terrorists. But the powers are likely in deep slumber and are only taking to propaganda of the so called return of peace.

However, the hard fact is that the radical Islamists are once again consolidating their cadres and are killing the Sikhs and the Hindus with sadistic pleasure. Pakistan is not happy with the return of peace in the region and is constantly in the lookout for creating trouble in Kashmir. As such, it directs its trained terrorists to continue the naked dance of death and destruction, forcing the minorities to shun the valley for good.

The Sikhs by and large did not leave the region in the 1990s and they stayed back in Kashmir and they are an eyesore for the militants and as such the terrorists are looking for the opportunity to make them flee their homes. Taking this into consideration, the women Sikh principal of a higher secondary school was killed.

The questions here are again the same: How long will the blood bath continue? Why is the central government hesitating to crack on the terrorists? Why is there no media outrage on the plight of minorities in Kashmir? Have the powers failed containing militancy and terrorism?

However, after a long duration of silence, many organisations including All India Kashmiri Samaj, Kashmiri Samiti Delhi, have stood up and started raising their voices against the minority assaults in the Indian valley of Kashmir. On Saturday (9 October 2021) evening, a large number of Kashmiri Pandits and other minority community members gathered at Jantar Mantar, Delhi where they began the agitation and later ended with a candle march across Connaught Place’s inner circle.

“We Want Justice,” the agitated mob largely raised against the ghastly spate of killings in the Kashmir Valley. The protestors said that the fresh wave of murders is targeted and meant to create wedge between the minority communities in Kashmir. However, many of them claimed that the terror attacks are being carried out in order to convey a chilling message to Hindus that they will not be welcomed back in the valley.

“The situation was improving. The attitude of people was warm and welcoming towards us. The terrorists and their supporters could not digest it. As such, they hit out at us to give a message that they don’t want us to return,” said Ajay Kak (59), member of Faridabad Kashmiri Pandit Welfare Association, who returned from the region a week ago after spending nearly two weeks there.

He further asserted that the warmth of the people he felt their compelled him to think about returning to his “homeland” which he had left 32 years ago.

“I have to drop my plan as it is clear that the era of militancy is coming back and the government is failing to protect the minorities there,” he added.

Many showed resentment against the Centre while calling out the claim of safe and peaceful Kashmir often peddled by the BJP government.

“Despite having all of the inputs, they failed to offer security to the minority group there. How can we trust them? What has the Centre achieved even after making both Jammu and Kashmir Union Territories?” asked another demonstrator.

The protestors also stated that many of their relatives who had gone back or were living in the region now returning, thus making way for another mass exodus.

“As many as 150 families which are not in touch have either left or are preparing to leave Kashmir soon. They cannot stay there in such a volatile environment,” said another protestor named Vinay Mahidar.

Meanwhile, the organisers of the protest event demanded that ample security be enforced in the pockets where minorities live in Kashmir.

“Also, the deceased should at least receive a dignified compensation from the government,” demanded an organiser.

A delegation from the organisers of the protest event also went to meet Amit Shah in order to put forth its security and compensation demand.

This Special Police Force in UP Can Search and Arrest Without A Warrant.