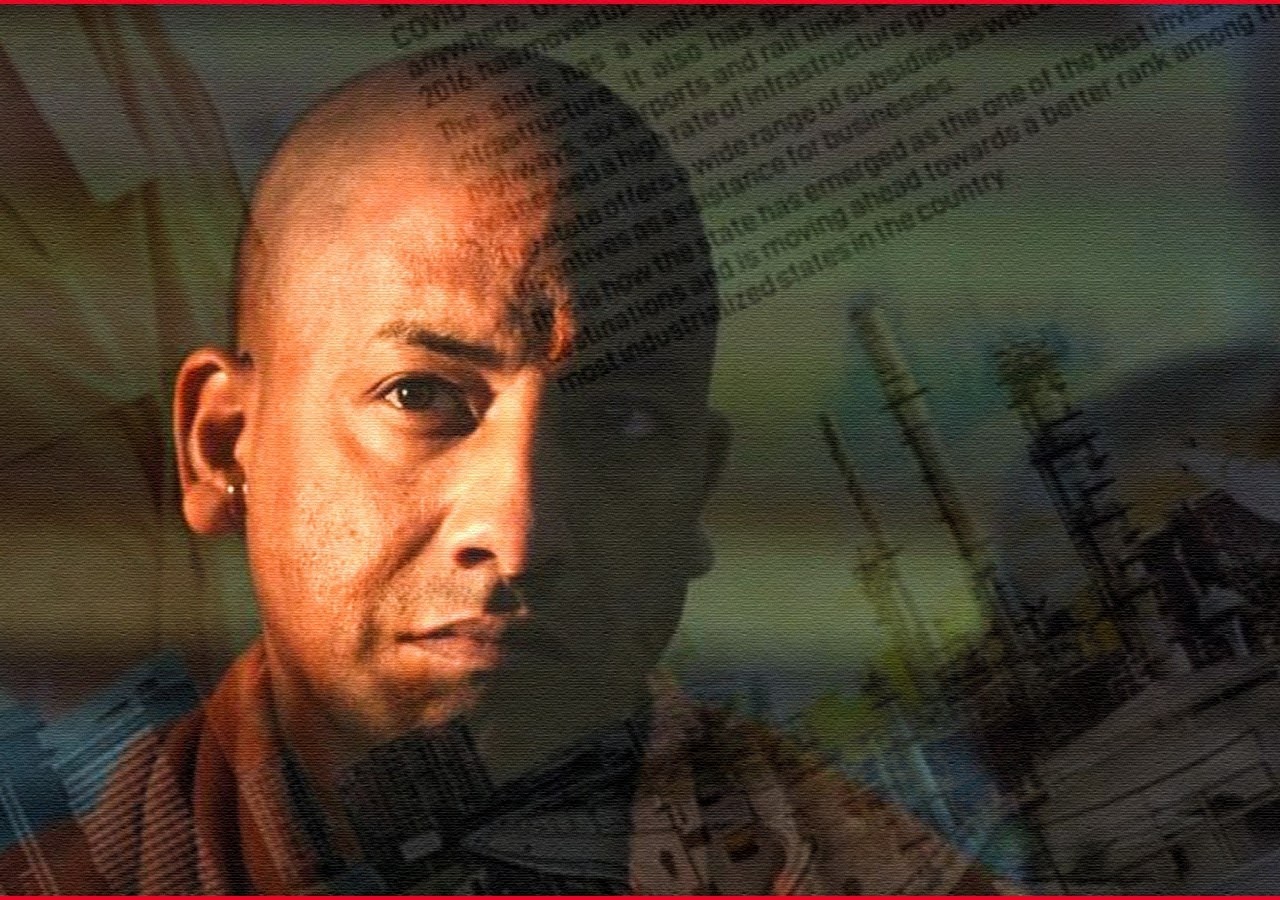 The Maa Flyover of Calcutta was featured prominently in a front-page advertising published by Yogi Adityanath’s government in Uttar Pradesh in the Sunday edition of The Indian Express newspaper, saying that he was modernising the heartland state.

“An incorrect image was mistakenly placed in the cover collage of the newspaper’s Uttar Pradesh advertorial made by the marketing department. The Indian Express tweeted on Sunday, “The error is truly regretted, and the image has been removed in all digital editions of the paper.”

Every year, Uttar Pradesh holds legislative elections. Before the 2024 Lok Sabha elections, which are the BJP’s equivalent of a semi-final. Prior to that, the Uttar Pradesh administration, like the BJP, is making preparations. The government’s public relations campaign has begun. And that, my friends, is the controversy! A photograph of Kolkata’s ‘Mother’ flyover appears in Yogi Adityanath’s ‘Karmayajna’ advertising. That photo is from Kolkata, as evidenced by the photo of a hotel near the overpass. If you look closely, you’ll notice that the yellow cab running on the flyover is one of Kolkata’s trademarks created during the Trinamool government. On October 9, 2015, Chief Minister Mamata Banerjee declared it open.

How did that bridge appear in the Uttar Pradesh government’s advertisement? A number of advertisements were published in major national publications on Sunday. And it’s already being chastised by the general public. The party’s all-India national secretary, Abhishek Banerjee, tweeted a photo of the commercial, stating that the BJP administration was counting on Bengal’s development. He also said that the BJP’s “two engine approach” was ineffective.

Such commercials, on the other hand, are normally created by a private company. They appear to be mistaken. This advertisement also highlighted how this is the outcome of an over-reliance on the internet and a failure to verify the veracity. But, according to one viewpoint, the Uttar Pradesh government did not see the advertisement before it was published? Or why did the Yogi government not disclose the photograph to the advertising firm? The Trinamool Shibir has already accused the commercial of ‘credit theft.’

Has UP seen any development under Yogi Adityanath?

The English media in India remains as hostile and prejudiced against Yogi Adityanath four years into his first tenure as Chief Minister of India’s most populous state as it was in 2017.

His tenure as Chief Minister is rarely mentioned. When that happens, facts are casually neglected in order to arrive at a preconceived view.

The argument that Adityanath has done little to improve Uttar Pradesh’s infrastructure over the last four years is the most recent example of this.

Yogi Adityanath, the Chief Minister of Uttar Pradesh, earlier this year celebrated his government’s four-year anniversary by highlighting its accomplishments. He complimented Prime Minister Narendra Modi for his unwavering support for the state administration and predicted that Uttar Pradesh would soon overtake Rajasthan as India’s largest state in terms of gross domestic product.

“Many villages lacked roads, schools, and other development projects when we formed the administration in 2017. People in certain indigenous settlements didn’t even have the right to vote. We made certain that they have access to all of life’s necessities and rights “Yogi Adityanath was quoted as saying.

“Earlier, the state’s health infrastructure was thought to be the worst,” he said, “but today, our COVID management has been appreciated, with the World Health Organization (WHO) also recognising our achievements.”

Although UP still has a lot of catching up to do with the rest of the country in terms of social indices such as health and nutrition, there is one area where UP is giving others a run for their money: the gleaming new blacktop expressways that are crisscrossing the state.

All four expressways will be interconnected, bringing the region’s most rural and backward areas closer to not just the state capital of Lucknow, but also Delhi and beyond, opening up marketplaces and boosting socio-economic development.

The Indian e-Commerce Boom Is Real. Here’s How.