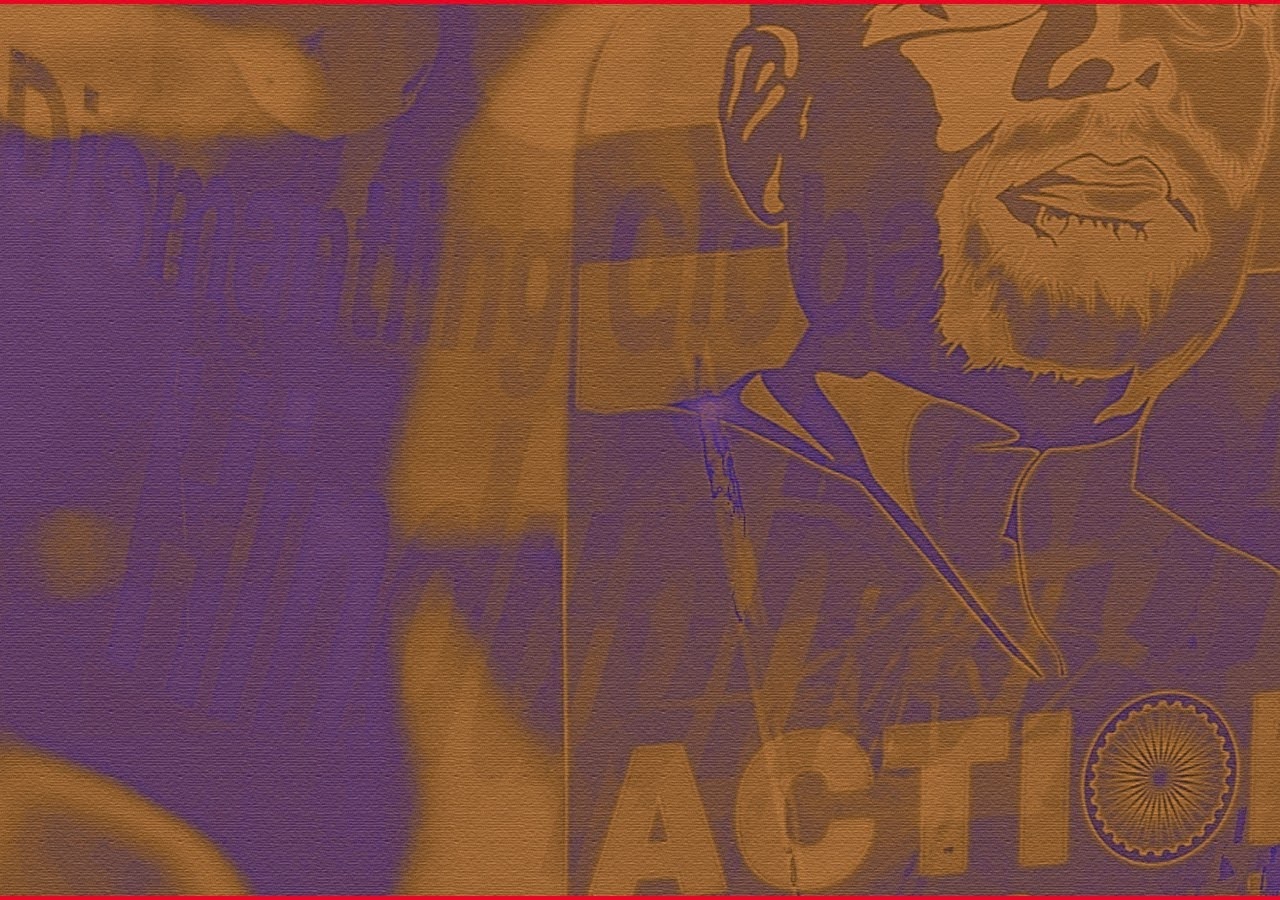 The recent three-day global academic conference examining the growth of Hindu nationalism was conducted from September 10-12, co-sponsored, allegedly, by departments from over 50 US universities, including Stanford, Harvard, Princeton, New York University, Cornell, and Northwestern University. The claims of this are dubious since many of these universities have come up with counter claims.

The DHG conference tried establishing that Hindutva is evil and different from what they think “Hinduism” is but suffice it to say, it miserably failed to prove its own theories.

Hinduism and Hindutva: different but same

Some liberals have suggested that the restoration of the Islamic Emirate to Afghanistan is similar to the emergence of Hindutva in India, with the rise of a medieval Taliban dictatorship. This is a nefarious and illiterate analogy.

Hindutva, in contrast to the Taliban’s undemocratic and violent ideology, envisions a democratic or Dharmika society based on equality and on universal rights. The Taliban dreams of a retrograde past, whereas Hindutva dreams of a modern future. Hindutva operates within a legal framework, whereas the Taliban, despite its apologists, refuses to call themselves constitutionalists.

Fundamentally, however, the similarity is based on a lack of understanding of Hindutva’s origins, evolution, and values.

The “Hindu Phenomenon,” as Girilal Jain called it, was one of the most significant developments of the last century. The Hindus’ fate, it was widely believed, was to fade away in the contemporary period, with their motherland incorporated into the Islamic and Christian worlds.

Despite numerous ethnic cleansing attempts throughout the centuries, Hindus not only survived, but also built a great polity and state. While India has been attacked and colonised in the past, British colonialism presented a distinct difficulty. We often overlook the non-western world’s painful and horrifying contact with western colonialism, which was backed by modern industry, a new capitalist economic framework, and a new political structure of nations and nation-states. It also provided a significant intellectual challenge when combined with the emergence of contemporary academia.

In the nineteenth century, Hindus responded to western imperialism with social and religious reform movements as well as political mobilisation, all of which drew inspiration from antiquity and Hindu philosophy. Reformers, on the other hand, were not just envisioning the future but also reimagining the past. They contended that modern principles like social equality, political democracy, liberty, and the concept of country are all rooted in Hindu philosophy and tradition. As a result, Hindu society and polity are at ease in the modern era.

Hindu thinkers, writers, poets, religious leaders, and social and political leaders spread these ideas over the Indian subcontinent, and across the seven seas. The fact that these concepts were quickly and widely accepted shows that they were not foreign to Hindu society, and that shifting social and economic systems favoured them.

Hindu civilization was infused with concepts of social and gender equality by the Tantra movement in the mediaeval period and the Bhakti movement in the early modern period. Hindu society had espoused proto-modernity from the Nath Sampradaya and Vachana Sahitya to Ravidas and Kabir. Popular and highly symbolic oral epics like Manteswamy Kavya even advocated that technology must be freed from its hereditary practitioners, i.e. the practise of a birth-based caste system dictating occupation, in order for civilisation to progress.

These beliefs were mostly limited to the individual Hindu sects in the absence of appropriate social and economic conditions. However, under colonial control, such beliefs became prevalent in Hindu political thought as a result of shifting socio-economic systems and the introduction of newly emerging western, modern concepts.

Despite their stances being rooted in India’s civilisational antiquity, all parts of the Hindu polity, from the Left to the Right, pushed for a contemporary nation. Unlike their Muslim counterparts, none of them desired a return to the past, but instead desired to learn from the virtues of the past and reinterpret them in a modern light. If one side looked to the West or the Soviet Union for inspiration, the other looked to Japan and Korea to build a contemporary Hindu nation.

Hindutva was a Hindu response to western colonialism and rising Islamic imperialism in the Indian subcontinent, and it arose under the new industrial and capitalist economic system. To conceive of a modern-industrial Hindu homeland, Hindutva drew on the tradition of Hindu proto-modernity as well as contemporary social and religious reform movements. It aimed to abolish the caste system and establish a democratic state with individual rights, freedom of expression, and religious freedom. Hindutva advocated for a contemporary Hindu homeland in which science and technology take precedence. It envisioned a centralised state with strong defence capabilities, but one that was also a part of the global community seeking stability and peace.

The Hindus’ greatest intellectual task was to defend their society’s existence. Who were they, exactly? Tamil, Bengali, Punjabi, Marathi, Jat, Brahmins, Ahirs, Pasis, Rajputs, and Vokkaligas, to name a few? It has taken centuries for many pagan traditions to come together under the rubric of Hinduism. Hindutva, on the other hand, cemented it by uniting Hindus as a political community and a nation by emphasising the commonalities of a heterogeneous Hindu society.

Hindutva is a result of modernity as well as a defence of Hindu modernity. It regards itself as the guardian of India’s religious and cultural diversity, which has been wiped out in areas that are no longer part of the country. Economic transformation blurs the distinctions between castes and regions. Modernity is preceded by industrialisation and urbanisation. Hindutva’s appeal and validity have grown as India has become more industrialised and urbanised, because it embodies modern Hindu ideals and a modern vision of Hindu society. The emergence of a “Hindu Rashtra” and the development of an industrialised, urbanised India are two sides of the same coin. And this is the polar opposite of what the new rulers of A had predicted.

The emergence of a “Hindu Rashtra” and the development of an industrialised, urbanised India are two sides of the same coin. And this is the polar opposite of what Afghanistan’s new rulers have envisioned for their Emirate.

It’s tempting to dismiss the DGH meeting as a farce, complete with made-up academic speakers. But if you pay attention to what they’re saying, it’s a shockingly open admission regarding Hindu nationalism’s benefits.

The majority of the time, they portray Hindu nationalists as primitive and superstitious (cow piss drinkers) from a thousand years ago. To put it another way, the Taliban of Hinduism.

However, liberals are fully aware that this is not the case. As a result, they know it’s pointless to entertain illusions about their adversary when they’re among their own. As you can see, they openly confess that Hindu nationalists are open-minded, intellectual thinkers with a modern and scientific worldview.

The West is currently tearing itself apart over topics like “transphobia.” What did the Hindus of India do? We Indian Hindus went into the history of their own civilisation instead of fighting needless culture wars. There was nothing there that called for discrimination or prejudice against LGBTQ people. No god has ever proclaimed that “a man who lies with a man” will go to hell!

This makes liberals envious. Yogi Adityanath, who wears saffron, has even dedicated an entire metro station in Noida to the trans community. What method will liberals use to accuse him of prejudice?

The Church and the All India Muslim Personal Law Board, on the other hand, are still tangled up in knots over LGBTQ rights, making their “liberal” cheerleaders appear stupid. When time came for the Supreme Court to overturn Section 377 of the Indian Penal Code, representatives of Abrahamic religions were left to argue for apartheid against LGBTQ people. The Hindus were uninterested. The liberals missed an opportunity to trash them.

Liberals are enraged by women’s increased mobility! They are, in fact, pretty frightened. They’ve discovered that Hindutva women have “captured formal space in schooling,” as they put it. They’ve done it by forming “caste-based networks.” In addition, these women are writing stories, speaking at seminars and conferences, and expressing themselves on social media, among other things.

To put it another way, one should be sceptical of a lady who is aggressive, opinionated, or accomplished. That is liberalism in the year 2021.

At the very least, they acknowledged that women play an important part in the Hindu nationalist cause.

There were all the usual diatribes about “Brahmanism” (whatever that means) at the DGH meeting, but one remark stood out.

And hence, the admission. According to them, the middle castes have become “partners” of Hindutva. It is a significant climbdown, but they are still some distance from the truth. Somebody should tell these people that it’s not just middle castes, but Dalits and Adivasis have become integral to Hindutva as well.

It makes no sense for liberals to have illusions about their adversary while they are among their own. In Uttar Pradesh, the BJP/NDA received 50% of the vote in 2019? Rajasthan, Gujarat, Delhi, Karnataka, Bihar, Jharkhand, Chhattisgarh, Madhya Pradesh, Goa, Uttarakhand, Himachal Pradesh, Haryana, and Maharashtra, to name a few! Liberals would be insane if they pretended that all of these votes came from upper caste Hindu males who spoke Hindi.

There is a similar thread running through all of DGH Conference’s statements. They admit that Hindu nationalists possess all of the admirable attributes, only to claim that these admirable qualities are the result of a wicked conspiracy. Indeed, possessing all of these amazing characteristics is proof of the conspiracy. In other words, Hindu nationalists have demonstrated that they are the worst of all by rejecting homophobia, transphobia, sexism, and casteism.

Make All Public Buildings Disabled-Friendly Within a Year, Madras HC to TN Government.