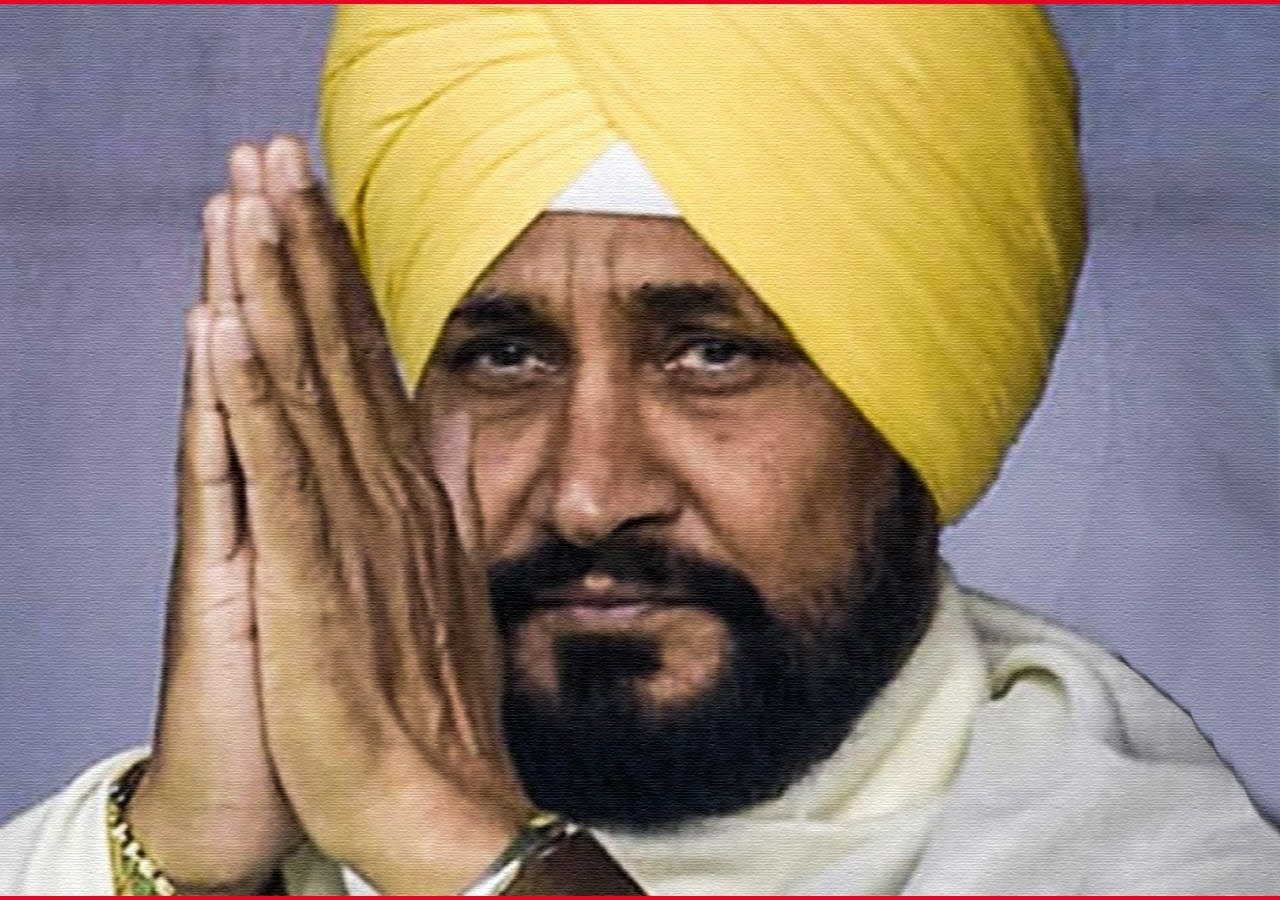 Elections are the most crucial component of a democracy, as they determine who will govern India for the next five years. The year 2022 has seven elections scheduled, the most important of which is in Uttar Pradesh, which sends the most MPs to parliament.

On Saturday, ahead of a Congress Legislature Party (CLP) meeting summoned by the AICC, the Congress high command forced the resignation of Punjab Chief Minister Amarinder Singh in a day of high political drama. Sonia Gandhi, the party’s president, made the ultimate decision on the new chief minister.

Charanjit Singh Channi took the oath of office as Punjab chief minister today, in a ceremony that was boycotted by his predecessor Amarinder Singh but attended by Rahul Gandhi.

Captain Amarinder handed in his resignation to Governor Banwarilal Purohit ahead of the CLP meeting, citing repeated humiliation by the Congress leadership over the past two months.

After tendering his resignation letter to the Governor, Capt. Amarinder remarked, “I was humiliated three times by the Congress leadership in the last two months…they invited the MLAs to Delhi twice and now convened a CLP here in Chandigarh today.” He went on to say that he had told Congress President Sonia Gandhi of his intention to quit the previous morning. Capt. Amarinder met with a few MLAs and MPs at his official residence before meeting with the Governor.

“It appears that they (the Congress high leadership) do not trust me and do not believe I am capable of handling my responsibilities. But the way they handled the whole thing made me feel humiliated,” he remarked. He sneered at the party’s leadership, saying, “Let them appoint anybody they trust.”

The one-line resignation letter stated, “I hereby present my resignation as Chief Minister, as well as that of my Council of Ministers.”

“Supporting Sidhu, who was plainly linked to Pakistan and a threat as well as a disaster for Punjab and the country, was out of the question. I will not allow such a man to ruin us; I will continue to battle problems that are detrimental to this State and its people,” the outgoing Chief Minister stated.

“We have all seen Sidhu hugging Imran Khan and General Bajwa at the opening of the Kartarpur Corridor and singing praises for the Pakistan Prime Minister while our soldiers were being killed at the borders every day,” Capt. Amarinder said, pointing out that the ex-cricketer had attended Mr. Imran Khan’s swearing-in ceremony despite his (Capt. Amarinder’s) explicit orders not to. “The security of India depends on the government of Punjab, and if Sidhu is chosen as the Congress’ chief ministerial candidate, I will battle him at every turn,” he continued.

The 79-year-old Capt. Amarinder said he would decide on his political future in conjunction with his supporters, who have backed him for more than five decades. After tendering his resignation, he said, “There is always an option, and I will utilise that option when the time comes…at the moment, I am still in Congress.”

Political watchers say that the Congress stalwart has little chance of succeeding if he leaves the party unless he is offered a leadership position by another political party.

After almost 40 MLAs wrote to the central leadership, expressing “lack of faith in the Chief Minister’s leadership in implementing the party’s 2017 Assembly election promises,” Congress president Sonia Gandhi is said to have spoken with the Chief Minister. They also claimed that little was being done to implement the 18-point programme set by the party’s high command, and demanded a CLP meeting.

“The AICC has received a representation from a large number of Congress MLAs demanding that the Congress Legislative Party of Punjab convene a meeting as soon as possible. As a result, a meeting of the CLP has been called for September 18 at 5:00 p.m. at the Punjab Pradesh Congress Committee office,” AICC in-charge of Punjab affairs Harish Rawat said in a tweet late Friday, surprising many legislators.

Sukhjinder Randhawa, Tript Rajinder Bajwa, Sukhbinder Sarkaria, and Charanjit Channi (who in fact took the oath as Chief Minister of Punjab today) were among those who had raised the baton against Capt. Amarinder. In recent months, several other MLAs, expressed their lack of faith in the Chief Minister’s leadership in fulfilling the party’s 2017 Assembly election promises. The unhappy politicians pointed out that the government of Capt. Amarinder had failed to address a number of issues, including the Bargari sacrilege, drug and transportation mafias, and other 2017 election promises.

Babul Supriyo, a former Union minister and member of the Bharatiya Janata Party (BJP), joined the Trinamool Congress (TMC) in Kolkata on Saturday after being dismissed from Prime Minister Narendra Modi’s Cabinet in July.

“Today, former Union Minister and current MP @SuPriyoBabul joined the Trinamool family in the presence of National General Secretary @abhishekaitc and RS MP @derekobrienmp. We’d like to use this opportunity to wish him a very warm welcome! ” the TMC wrote on Twitter.

The playback singer-turned-politician claimed he was quitting politics and will soon retire from the Lok Sabha, weeks after he was dismissed from the Union cabinet. After meeting with BJP president JP Nadda, he reversed his decision and stated that he would continue to work as an MP.

“When I announced I was leaving politics, I truly meant it. However, I felt I had been entrusted with a tremendous chance. My friends all told me that leaving politics was a bad and emotional decision. I’m quite proud of myself for altering my mind. I’m returning for a fantastic opportunity to serve Bengal. I’m quite enthusiastic. On Monday, I’ll meet with Didi (Chief Minister Mamata Banerjee). “The warm reception has taken my breath away,” he remarked.

The former Union minister of state for the environment has announced that he will resign as the Member of Parliament for Asansol.

“Didi and Abhishek have provided me with a fantastic chance.” It’s pointless for me to keep my Asansol seat now that I’ve joined the TMC. Because of Asansol, I entered politics. “I will do everything I can for that constituency,” he continued.

Supriyo is the fifth BJP leader to defect to the TMC following Mamata Banerjee’s victory in the state elections in May. Arpita Ghosh of the TMC resigned as a Rajya Sabha MP three days earlier, leaving the position vacant. She was appointed as the state general secretary of the party.

Supriyo’s defection, according to TMC MP Saugata Roy, demonstrated that the BJP was losing ground in the state. “The Bharatiya Janata Party (BJP) has no future. A few BJP legislators have already defected to the TMC. More people want to be a part of it. “This much I can say: JP Nadda’s home is crumbling, and no one in the BJP will be left but Dilip Ghosh,” he remarked.

Supriyo’s exit was minimised by the BJP, which had designated him as one of its star campaigners for the impending Bhowanipore by polls.

“He joined the BJP with a ticket to run in the Lok Sabha elections, and after winning, he was offered a cabinet post. He is joining the TMC now that his ministerial position has been lost, notwithstanding his previous statements that he was leaving politics and would not join any party. “This could be a setback for his credibility,” said Rahul Sinha, a senior BJP leader.

Adhir Ranjan Chowdhury, a Congress member, reacted to the news by saying, “There are professional stars who joined BJP to acquire something.” He was elevated to the position of minister. He later joined the TMC after being dropped. Mamata is always willing to accept such leaders.”

Muslim Clerics Demand Haj to be Exempted from GST and Income Tax Returns.

The Aadhaar PVC Card Is Here: All You Need To Know About It.