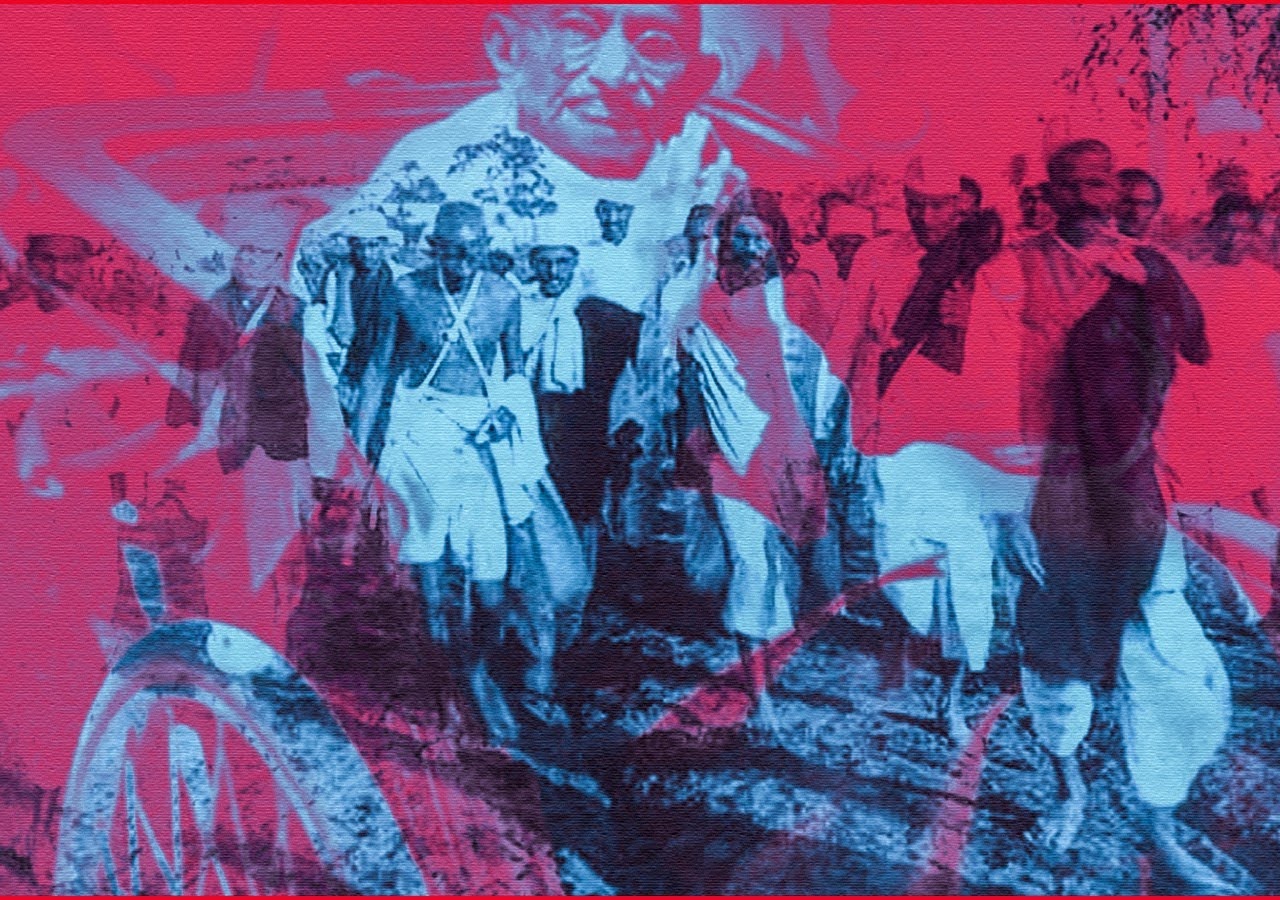 The idea that the human psyche is a complex phenomenon is something well-accepted by us all. That humans and their actions can’t be decoded by classifying them into water-tight compartments, is an oft-heard argument made in favor of understanding and appreciating the nuances of human actions. Consequently, one can’t help but wonder that why is it so, that a person like Mahatma Gandhi, even 73 years after his death, isn’t afforded the opportunity to be understood in the context of his times.

Just as was the case during his time, even today Gandhi is attacked from all quarters of the political spectrum for all the complexities that were at display in his political thought in action. While the Hindu extremists tend to blame Gandhi for the partition of India and perceive him as a bane for the Hindu society, many of the left-liberals pay him only a lip service, conveniently using him for some good RSS-BJP- bashing. A large group on the political Right is busy calling out Gandhi for not being deserving enough to be regarded as a Mahatma (and constantly drawing comparisons with other leaders of the Indian freedom struggle such as Ambedkar and Bose, and regarding them as being more worthy to be called a Mahatma), while those on the Left keep themselves occupied with manufacturing fresh charges of racism, sexism, etc. against Gandhi.

One of the key reasons behind the sustained attempts to pull down the legacy of Gandhi (which in itself is something to be pitied) is that Gandhi is inevitable and unavoidable. He is, and shall remain for quite some time, the tallest image of modern India. Resist as much you may, but the shadow of Gandhi shall never stop following and guiding the ethical in the politics of India. My professor once explained the omnipresence of Gandhi, the Father of the Indian nation, thus, “Almost every Indian feels that the person has a stake in Gandhi. So, everyone feels compelled to have an opinion about him.” Having an opinion isn’t an issue in itself, but the root of the problem lies in formulating opinions conveniently without a rigorous study of the subject at hand. Academic rigor is something that can and should be expected, at least from the “intellectuals” of all hues. But once an intellectual exposes oneself to the ideas of Gandhi, one comes across seemingly contradictory positions on a multitude of issues, which can’t be easily comprehended. The reason for such an exposure is that Gandhi reveals himself totally with all his complexities and subtleties in his personal and political writings (namely, the Collected Works of Mahatma Gandhi).

It is not without reason that Gandhi is probably the most talked and written about figure in the modern era. A peculiar characteristic of the Gandhi phenomenon is that once one delves into academic research on his life, it is hard to resist the temptation of ending up as an admirer of this towering figure. Being exposed to his speeches and writings sheds off the larger-than-life halo around him, which only adds positively to his assessment as an individual with all his weaknesses and flaws. Another reason why Gandhi seems to have so contradictory positions is due to the simple fact that he never hid any of his thoughts, and brought his private life fully into the public sphere, unlike other leaders. Once we get a deep insight into any person’s private sphere and are exposed to the entirety of his thought process, we are bound to be witness to the nuances of the functioning of their thought processes. One must also confess, that Gandhi’s is a legacy that everyone wishes to possess, but none wants to own and live up to. The reason being a sheer lack of capacity to live up to all that Gandhi stands for. Gandhi is a person whom none on the political spectrum have been able to fully appropriate. And this inability to appropriate Gandhi also ends up in fuming a reactionary attitude towards him.

Some of the major reasons for us as a knowledge society to engage with Gandhi is that he was, before anything, a diehard advocate and practitioner of reform of the self. Gandhi’s life is an exemplar of how to organically evolve as a person. The quest for truth, rather than perfection, brings out the best in us over time. Gandhi’s life (as he subtly stated, “My life is my message”) can indeed be an inspirational message for us all. One must also not forget that Gandhi was a theorist par excellence. The ease of his availability to both the common populace and the intellectuals is fascinating. His experimental nature, theoretical worldview in action, eccentricity and a constant search for truth and evolution are paradigms in their own right.

This article should not be perceived as a justification for all of Gandhi’s thoughts and actions. Rather, it should be seen as a humble appeal, especially to the youth, to engage with Gandhi in a non-partisan, balanced manner, by contextualizing his ideas, thoughts and actions in the socio-political framework of his age. Although Gandhi ought to be critiqued and criticized where it’s reasonably justified, he should be allowed his indulgences, and excused for his pitfalls (which might have been an inevitable result of the broader socio-political narratives of the contemporary era). This could be a small concession we could make for him on his 152nd birth anniversary. Gandhi, the Mahatma and the politician, is a perfect blend of ideal thought and pragmatic politics. His life is a statement against the perceived incompatibility of idealism and pragmatism. Perhaps the seeming contradictions are also a call for delving into his oeuvre in order to understand the consistency of his political thought. As Gandhi himself said, “Whenever I have been obliged to compare my writing even of fifty years ago with the latest, I have discovered no inconsistency between the two. But friends who observe inconsistency will do well to take the meaning that my latest writing may yield unless, of course, they prefer the old. But before making the choice they should try to see if there is not an underlying and abiding consistency between the two seeming inconsistencies.” More than anything, Gandhi stands for the upholding of truth and purity in one’s political thought. Rather than advocating consistency in one’s position on different political issues, Gandhi would prefer standing for truth and righteousness. Gandhi often stated that, “In my search after Truth I have discarded many ideas and learnt many new things… and, therefore, when anybody finds any inconsistency between any two writings of mine, if he has still faith in my sanity, he would do well to choose the later of the two on the same subject.”Gandhi, through this statement, explained subtly what it means to evolve as a person, and a seeker of truth should have the right to evolve. Whatever opinions one may have about Gandhi, one should surely make the effort to read his writings and speeches thoroughly, as witnessing his life would indeed help us reform and evolve our own thought process.

The Narrative of Hudur Durga: A Polemical And Political Discourse.

Sexual Harassment At Work Place: All You Need To Know (I).