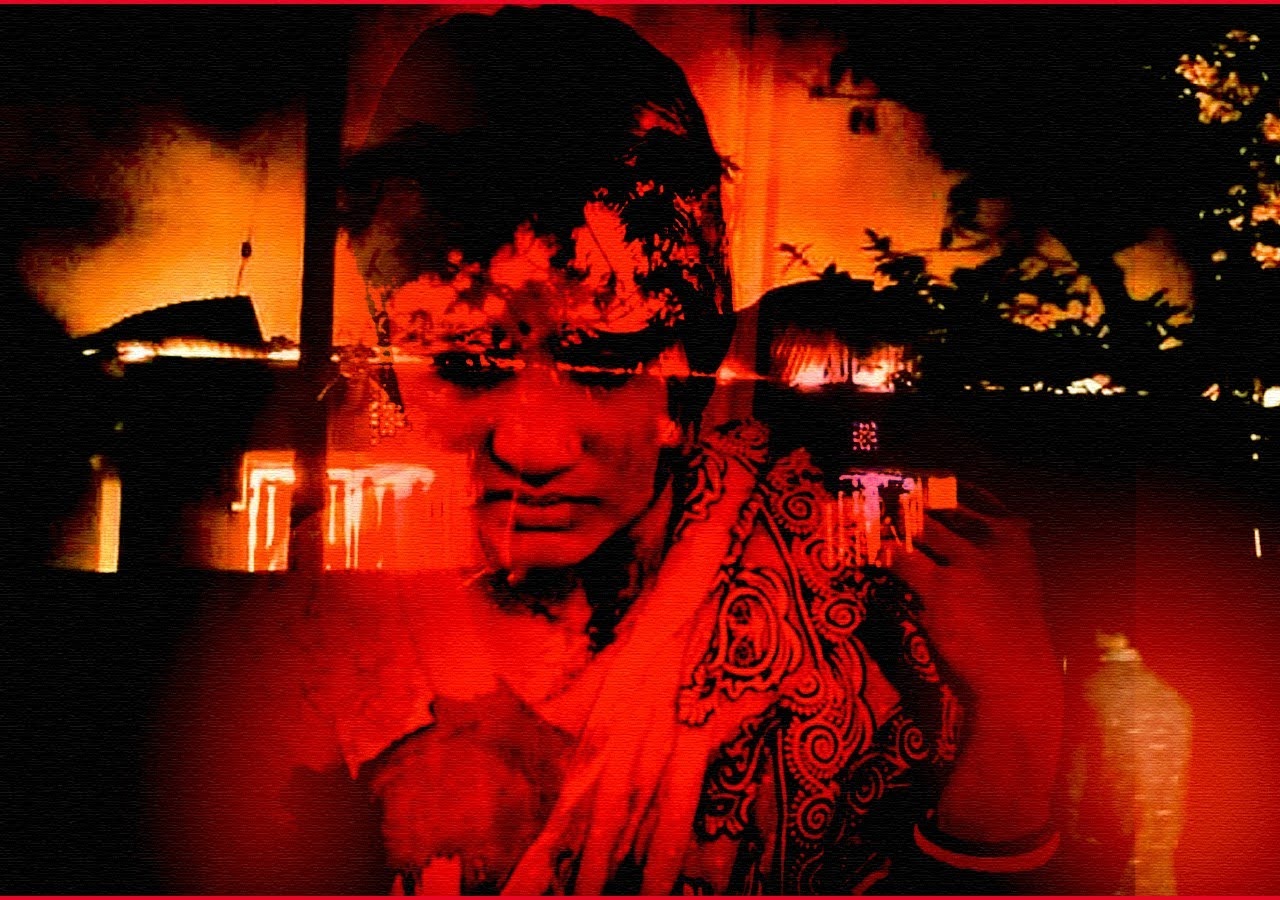 The days following the 2nd of May have left the state of West Bengal battling with crippling post poll violence. While West Bengal is officially a part of India, which is supposed to be one of the largest democracies in the world, the remarkable political violence that has existed in West Bengal for at least the past four decades distinguishes it from most other, civilized Indian states.

Atrocities on the opposition have been normalized by so called artists, activists, and politicians associated primarily with the leftist or secularist ideologies, who are usually vociferous, but are remarkably silent on political violence, some may even engage in outright denialism of such political violence. In civilised states, holocaust denial is criminalised or at least condemned. However, when it comes to the extraordinary state of West Bengal, the fashionable silence and denialism of political violence has helped to normalize it over the past four decades, perhaps longer.

The history of political violence in West Bengal is not new, it is as old as the history of the Left regime in it – however, must this fact be used to rationalize or deny the post poll violence that is traumatising the state today?

According to media reports, one of the first victims of the post poll violence was Abhijit Sarkar[i], a BJP worker who had helplessly made two Facebook live videos alleging that his house had been attacked and that even his pet dogs had been killed only because he worked for the BJP[ii]. Abhijit’s brother, Biswajit, has alleged that Abhijit was brutally beaten to death, he too has alleged that Abhijit was targeted because he worked for the BJP[iii].

Media reports have also emerged showing how hundreds of persecuted Bengalis, along with their families, have been forced to flee to Assam in search of safe refuge due to the post poll violence unleashed on the opposition workers by the ‘victory celebrations’ following the electoral mandate in West Bengal[iv].

Moreover, the post poll violence soon spread beyond political rivalries and acquired a ubiquitous, unpredictable dimension. As media reports show, when Ganesh Malik, a TMC worker, went to stop a political clash, he was later found dead[v]. Videos going viral on social media show victory rallies with people covered in green gulal, dancing to a popular TMC campaign song playing on loudspeakers in the background, while also entering people’s homes, violently breaking their houses and assaulting them[vi]. Such violent mob attacks have surfaced in multiple places and traumatized numerous people as part of the post poll violence. According to media reports, post poll violence also affected the Khasmahal slum area near Prince Anwar Shah road, in the heart of Kolkata[vii]. Local women in this area have alleged that local miscreants have assaulted them with guns, knives, and various weapons in order to occupy the land. The women have been so traumatized by such assaults that they have been compelled to organize and protest openly on the roads[viii].

Video footage had also emerged of a group of exuberant young boys and men, most of them covered in green gulal (a mark of the victory of the TMC), some wearing lungis, robbing a shop named ‘Hong Kong Fashion’ at 493 G. T. Road, Shibpur, Howrah.The looters were running away with clothes and shoes they had stolen from the shop while saying ‘Eid kepehana’ which means, ‘gifts of clothes for Eid.’ Later it was revealed that the owner of the shop is also Muslim and a supporter of the BJP, which possibly led‘victory celebrations’ to make him yet another victim of post poll violence[ix].

Youtuber Safiqul Islam, who is known for his critical views on the government, has also claimed to be a victim of post poll violence. Islam’s father runs a small stationary shop in the village of Sheetalpur, Arambagh, Hooghly, his father was allegedly threatened and forced to shut down this shop by TMC goons. These goons had allegedly said, ‘Our didi is not good, right? When she becomes good, you may open this shop.’ Islam has said that this is a veiled allusion to Islam’s own criticism of the TMC government, further stating that the regime is taking revenge on him by persecuting his family in the village[x]. Thus, the ‘victory celebrations’ and post poll violence also led to violence against Muslims if those Muslims were aligned with the BJP or critical of the TMC.

Not only BJP supporters but even TMC workers were targeted by the perpetrators of post poll violence and ‘victory celebrations,’ as yet another video shows – a woman named Meena Saha indignantly and unambiguously alleged on video that TMC goons were targeting and attacking exclusively Hindu shops, breaking them violently. Her own shop too was allegedly attacked by TMC cadres although she herself claims to be aligned with the TMC[xi]. She repeatedly complained that exclusively Hindu shops were being attacked by TMC cadres in her area. Moreover, the house of Rinku Naskar, the BJP candidate from Jadavpur, was attacked as part of the ‘victory celebrations’ and post poll violence, leaving her whole family traumatized beyond measure[xii]. Video proof has also emerged of Muslim youth threatening to rape Rambhakts once Eid is over adding that ‘Didi’ is on their side[xiii]. We are yet to come across any news of action taken on the basis of these unambiguous rape threats where the potential perpetrators so openly declare state endorsement in their violence.

The list of traumatizing incidents listed above are just a few from among the numerous incidents of post poll violence associated with ‘victory celebrations’ in West Bengal[xiv]. This has naturally led the Indian diaspora, as well as Bangladeshi Hindus, to internationally condemn the genocide of Bengalis under the TMC regime, as has been shared by Amit Malviya[xv].As mentioned before, in civilized states, holocaust denial is condemned if not criminalized. However, in West Bengal, a number of ‘victorious’ political leaders have either outright denied[xvi] or rationalised the post poll violence on the opposition in some way or another[xvii].

Yet another alarming trend has emerged to enable such genocide denialism. For instance, the website, ‘The Logical Indian,’ has focused exclusively on one or two twitter accounts, which have almost no followers; these accounts circulate exclusively fake news which barely ever makes its way to genuine people. The Logical Indian cherry picks a few tweets of fake news from these uninfluential twitter accounts to make ostentatious claims of ‘hoax busting.’

However, the same site has shown an extreme reluctance to cover actual incidents of real post poll violence in West Bengal. Such a manner of reporting creates a mirage of falsehood for it pushes the idea that if one news on an issue is fake, others might be too. The mindset that such an orientation creates lays the groundwork for genocide denialism. The comment section on such posts of the Logical Indian have completely exposed the alarmingly skewed nature of the reporting, some even suggesting that such accounts are specifically created by certain portals to spread fake news precisely to promote genocide denialism[xviii].

Even if there are people trying to spread fake news, it does not make the actual incidences of post poll violence any less real. Most importantly, the biggest proof of the reality of post poll violence has been provided by the chief minister herself, who said that sixteen people died in the post poll violence, of which, one was from Sanjukta Morcha, and among the rest, half from BJP and half from TMC[xix]. To this claim, many on Twitter have raised the question if it means ‘7.5’ people died from BJP and TMC each[xx]. Moreover, the compensation of 2 lakhs announced for victims of post poll violence by the chief minister has also been questioned by people on Twitter, for what amount of money can possibly be enough to ‘compensate’ for the brutal murder of human beings and the crippling trauma it leaves their families in? A trauma so great that it even leads to an exodus of numerous of families? Can the loss and trauma of such ethnic cleansing be contained in 2 lakh rupees?

West Bengal has a long history of political violence, however, if histories of bloodshed are to be rectified, they must be acknowledged and addressed, not silenced and denied. Certain so called artists and intellectuals of West Bengal take great pride in appearing to ‘speak truth to power.’ However, they are remarkably silent every time lives of poor, defenceless human beings are under attack during political violence in West Bengal, regardless of the regime under which such violence occurs. These are the same pseudo leftist activists who can and do raise their voices on any and every issue around the world, from Vietnam to Palestine – all except the political violence in West Bengal, which claims the lives of poor and defenceless human beings, many of whom have historically been Dalits and Muslims.

What allows political violence to aggravate is this insensitive silence and denialism of the same. It is absurd how so called artists and intellectuals who see oppression and atrocity in every little thing suddenly fail to see it in actual political violence. Do they wear a special lens that makes them undervalue the lives of poor Bengalis? And yet they take pride in being ‘Bengali artists’ and Bengali ‘intellectuals’? How can they ever be Bengali when the helpless cries of another Bengali don’t even stir their souls enough to make them say one word?

How to Sanitise Your House to Prevent COVID-19 Infection.

The Pancha Yagnya or the Five Fundamental Duties of all Hindus.

A Sleepy Hollow in Kazakhstan Born in The Soviet Era.

Arapaima: The Fish Which Refused To Bow Down To The Gods.