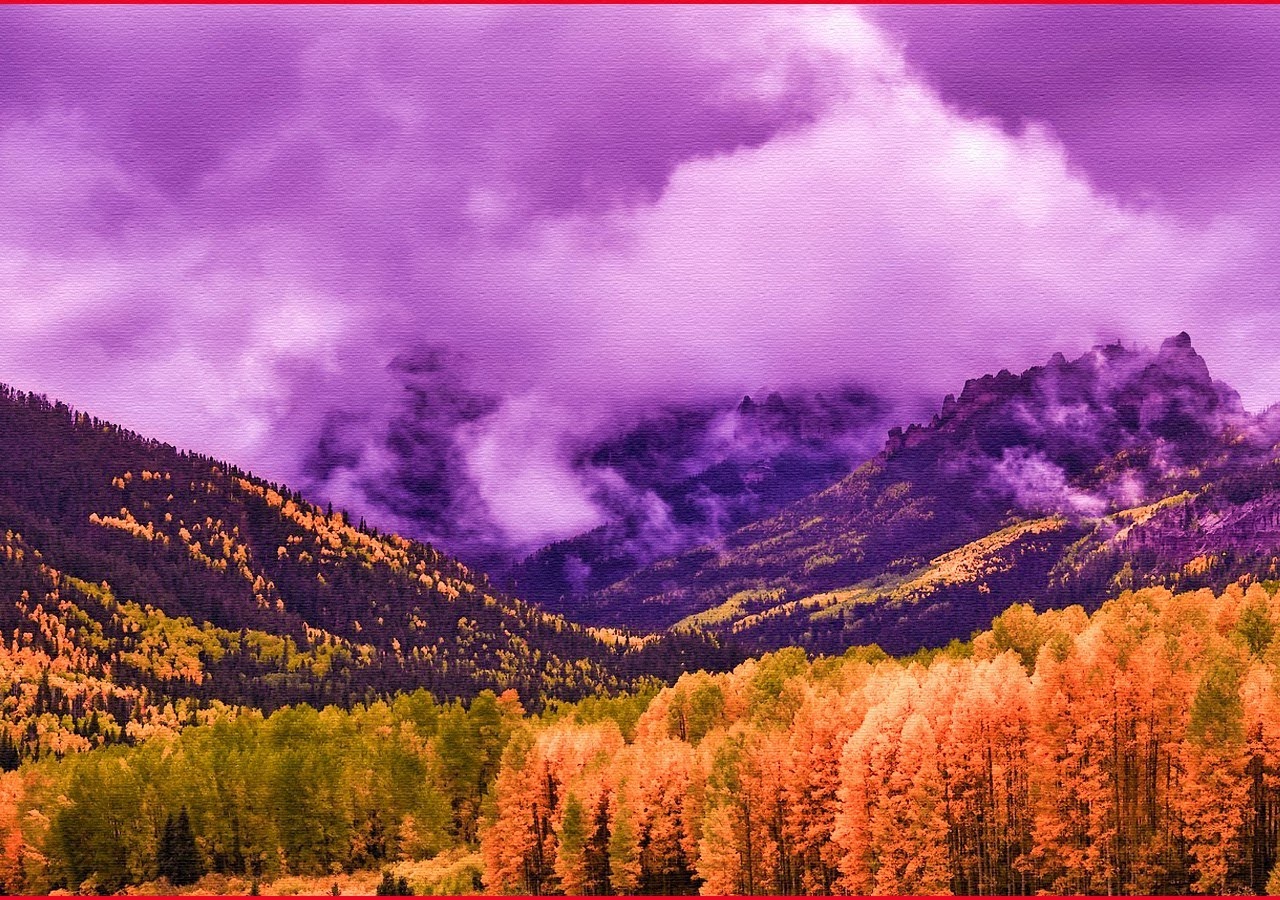 Love is a central topic for many novels. Love Stories are a perennial favourite for many avid readers starting from youngsters to grannies, and it isn’t hard to see why. If you were to ask any avid love-story fan to name their favourite book of all time, it’s very unlikely for them to give a straight answer. Every year, numerous diverse titles are released across sub-genres such as historical, paranormal, erotica, and contemporary. A good love story contains drama, intrigue jokes, and many times, a little heat.

Love, feelings, crush, relationships – all these are easy to experience, but to express the same in the written form is quite a monumental task. The greatest romance novels makes the readers feel like falling in love. Here are some finest written love stories (novel):

Initially criticized and largely ignored for the portrayal of blind love, this romantic classic is now considered to be one of the best-known love stories ever written.

Heathcliff is a foster child who develops an unconditional love for Catherine, his foster sister. A little town rumour will destroy them both.

2. Pride and Prejudice, by Jane Austen:

Having numerous adaptations and imitation, it is needless to mention that Austen’s classic novel, Pride and Prejudice, has stood the test of time.

Elizabeth Bennet is a headstrong girl who wants to marry for love and not for riches. Her unpleasant encounters with many including Mr. Darcy – a proud and class conscious bachelor – get both exactly what they have been looking for.

Quote: “I could have easily forgive his pride, if he had not mortified mine.”

The novel is largely acclaimed for the depiction of attacking issues of sexuality, class, feminism and religion through a first-person narrative.

Quote: “All my heart is yours, sir: it belongs to you; and with you it would remain, were fate to exile the rest of me from your presence forever.”

4. The Fault in Our Stars, by John Green:

The Fault in Our Stars is John Green’s most ambitious and heart-breaking work yet. It explores the funny, thrilling, and tragic business of being alive and in love.

Despite the tumour-shrinking medical miracle that has lend her a few more years, Hazel has never been anywhere but terminal, her final chapter inscribed upon diagnosis. But when she met Augustus Waters at Cancer Kid Support Group, Hazel’s story is about to be completely rewritten.

Quote: “It would be a privilege to my heart broken by you.”

5. The Notebook, by Nicholas Sparks:

Based on a true story, this 1996 romantic novel has been adapted by Hollywood as well as Bollywood.

Noah Calhoun and Allie Hamilton are two lovers who share a brief summer together after both were torn apart because of World War II. Fourteen years later, their reunion happens but times have changed and Allie is engaged to be married with another man.

Quote: “The scariest thing about distance is that you don’t know whether they will miss you or forget you.”

Sally Throne’s debut novel that has been cited by many as a book that has reinvigorated the romantic comedy genre.

Lucy Hatton and Joshua Templeman have a savage rivalry at work, especially since they are contesting for the same position. This is how the novel starts.

Quote: “The energy that usually lashes ineffectively inside each of us now has a conduit, forming a loop of electricity between us, cycling through me, into him. My heart is glowing in my chest like a bulb, flashing brighter with each moment of his lips.”

Based on the times of the Jazz Age, the novel is an astonishing tale of the “Great American Dream”.

The novel primarily concerns the young and mysterious millionaire Jay Gatsby and his obsession for beautiful former debutante Daisy Buchanan.

Quote: “He looked at her the way all women want to be looked at by a man.”

8. A Long Petal of the Sea, by Isabel Allende:

A masterful historical romance novel, tinged with the author’s hallmark magic realism. The story is suffused with a vibrant sense of time and places as it traces forty years of authoritarian rule in Spain.

Roser, a pregnant widow, flee fascist Spain along with VictorDalmau, an army doctor, aboard a ship chartered by the poet Pablo Naruda. Arriving at Chile, they embroil themselves in a tangled web of characters connected by love and tragedy.

Quote: “Pain is unavoidable but suffering is optional.”

9. A Walk to Remember, by Nicholas Sparks:

Sparks’ another tear-jerker and follow-up to smash hit The Notebook. The novel proves that love can be found in surprising places.

Popular and outgoing class president Ladon doesn’t think he has much in common with Jamie, until circumstances forces them together.

Quote: “She was, in other words, the kind of girl who made the rest of us look bad, and whenever she glanced my way, I couldn’t help but feel guilty, even though I hadn’t done anything wrong.”

Though Gabaldon did not prefer romance as a theme in her novels, her Outlander won the RITA award for best romance in 1991, the same year it was published.

Nurse Chair Randall, who belongs to the twentieth century suddenly finds herself transported back to eighteenth century. Now, the nurse is in love with two men from two very distinct periods of time.

Quote: “Not for the first time, I reflected that intimacy and romance are not synonymous.”

Largely applauded for its unique blend of science fiction and romance, Niffenegger’s debut novel provokes some deep existential questions. The book is one of the best fantasy romance novels.

Henry possesses a unique gene thatlets him to involuntarily time travel. His wife, Claire, finds it difficult to cope with it.

Quote: “The best love is the kind that weakens the soul, that makes us reach for more. That plants a fire in our hearts and brings peace to our minds.”

In this novel, Tolstoy uses his intense imaginative insight to create some of the most memorable literary characters.

Anna Karenina seems to have the perfect happy family with her husband, a bureaucrat, and their son, until she becomes a public affair with a handsome count.

Quote: “Respect was invented to cover the empty place where love should be.”

An epic love story intertwined with the after effects of the Russian Revolution that invited only rejection from the USSR itself.

Dr.YuryZhivago is a physician, philosopher and poet who is caught in between the love of two women: his wife and the wife of a political activist.

Quote: “To be a women is the great adventure; to drive men mad is a heroic thing.”

Often referred to as the Romeo and Juliet of the twentieth century, Love Story is translated over twenty languages and adapted several times.

Oliver and Jenifer come from two distinct backgrounds but their love intensifies until they are forced to face unforeseen circumstances.

15. Sense and Sensibility, by Jane Austen:

Another great work of Jane Austen. The novel perfectly depicts how women of British high society lived their lives. The story shows two women in love.

Marianne is impulsive in her love for the charming Willoughby, and Elinor is sensible but struggles to conceal her angst with her love for Edward Ferras.

Quote: “The more I know of the world, the more I am convinced that I shall never see a man whom I can really love.”

16. Love in the Time of Cholera, by Gabriel Garcia Marquez:

Published in 1985 as El amorenlostiempos del colera, a classic story from the Nobel Prize winner author.

Florentino Ariza and Fermina Daza reunite after a long time apart. The couple’s spirit of enduring love ironically contrasts with the corporeal decay.

Quote: “The only regret I have in dying is if it is not for love.”

A truly magical book that makes your emotions stir from within.

Loisa Clark is an ordinary girl who is living an exceedingly ordinary life. Her life changes after she becomes the caretaker of Will Traynor, a former Renaissance man who became wheel-chair bound after a motorcycle accident.

Quote: “I will never, ever regret the things I’ve done. Because, most days, all you have are places in your memory that you can go to.”

The epic tale of love and loss surrounding a family spans decade and is one giant soap opera in the best possible way.

19. Gone With the Wind, by Margaret Mitchell:

The novel is a controversial reference point for subsequent writers of the South, both black and white. The story has been absorbed into American popular culture.

Scarlett O’Hara, the spoiled daughter of a well-to-do Georgia plantation owner, must use every means at her disposal in order to claw her way out of the poverty she finds herself in after Sherman’s March to the Sea.

Quote: “How closely women clutch the very chains that bind them.”

North and South is an oft-overlooked masterpiece falling in the genre of classical romantic novels. It is a nineteenth century love story which is set against the very prominent backdrop of the British Industrial Revolution.

The novel depicts a young woman discovering herself, in a nuanced portrayal of what divides people, and what unites them.

Quote: “But the cloud never comes in that quarter of the horizon from which we watch for it.”

‘Desiring You Always Like A Child’: Five Love Poems by Kabir Deb.