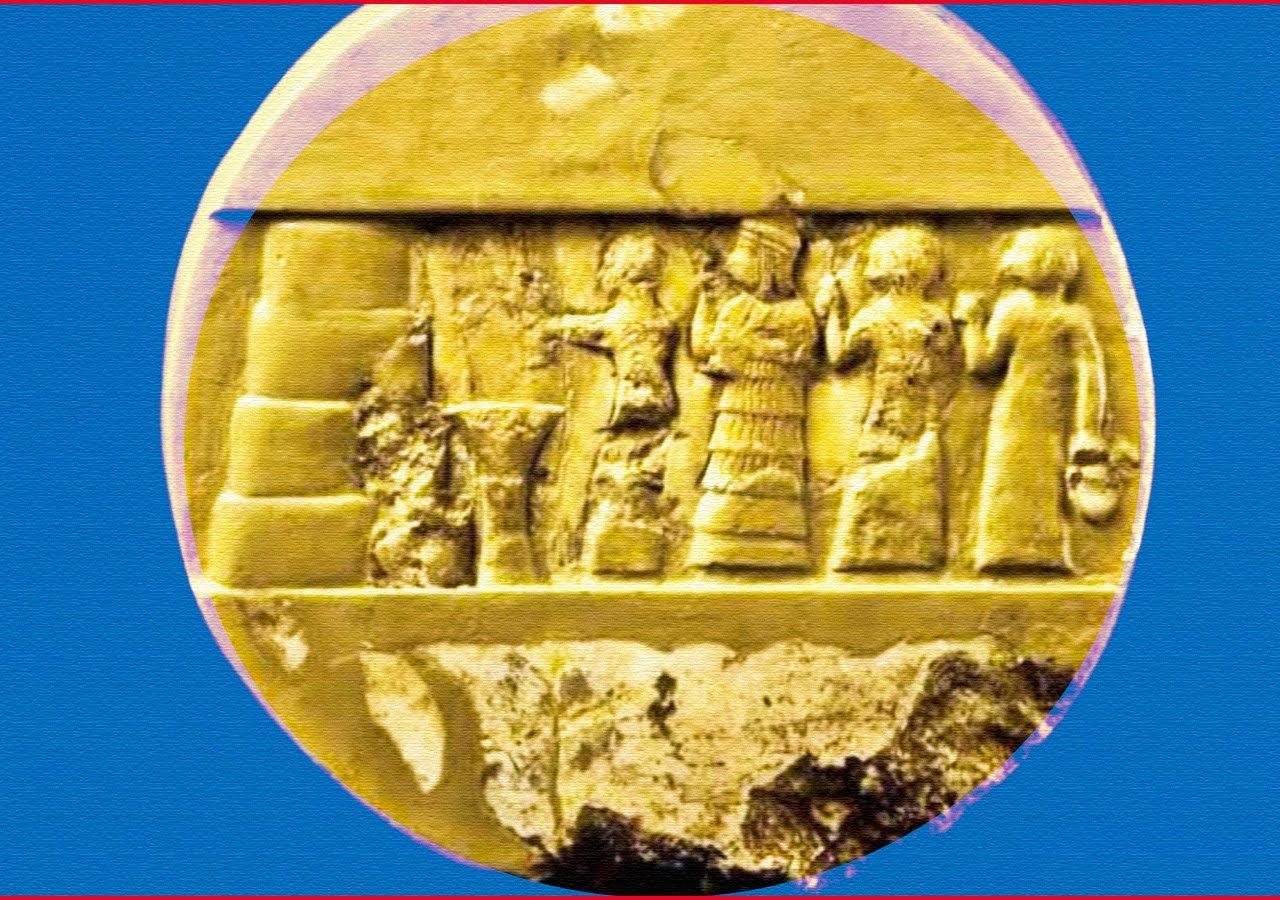 Enheduanna, the daughter of King Saragon the Great of Akkad, appears to be the world’s first ancient poet we can name. She is also one of the first women we can name, period. Enheduanna, who lived circa 2285-2250 BCE, was the entu (high priestess) of the goddess Inanna (Ishtar/Astarte/Aphrodite) and the moon god Nanna (Sin) in the Sumerian city-state of Ur.

Enheduanna composed 42 liturgical hymns addressed to temples across Sumer and Akkad. She was also the first editor of an anthology, hymnal or songbook. Now known as the Sumerian Temple Hymns, hers was the first collection of its kind; indeed, Enheduanna so claimed at the end of the final hymn: “My king, something has been created that no one had created before.” And poems and songs are still being assembled today via the model she established over 4,000 years ago! And she may have been the first anti-war poet as well.

Editor’s note: The following poems have been transcreated from the original by the well known poet and translator Michael R. Burch from the original texts using available translations and other sources about Enheduanna and Sumerian/Akkadian poetry. One of these poems, namely “The Exaltation of Inanna” is being published for the first time here at Sindhunews.

We are grateful to Michael for sharing his work with us, and we hope that these poems will inspire more interest in the work and life of Enheduanna, the world’s first ancient poet, known by name.

Lament to the Spirit of War

You hack down everything you see, War God!

Rising on fearsome wings
you rush to destroy the land,
descending like a raging storm,
howling like a hurricane,
screaming like a tempest,
thundering, raging, ranting, drumming,
whiplashing whirlwinds!

Men falter at your approaching footsteps.

Tortured dirges scream on your lyre of despair.

Like a fiery Salamander you poison the land:
growling over the earth like thunder,
vegetation collapsing before you,
blood gushing down mountainsides.

Whipping your stallion
with furious commands,
you decide our fates.

You triumph over all human rites and prayers.

Who can explain your tirade,
why you carry on so?

Aurangzeb’s Contribution To The Formation Of The Cultural Amnesia Of The Hindu Community.

The Failure of the Arab Spring Is Complete. Tunisia Shows It Clearly.

Dragons, Anonymous and Other “Words” – Poems By James Goddard.

Letter To A Warrior From An Upright Tombstone: Five Poems By Ibrahim Honjo.