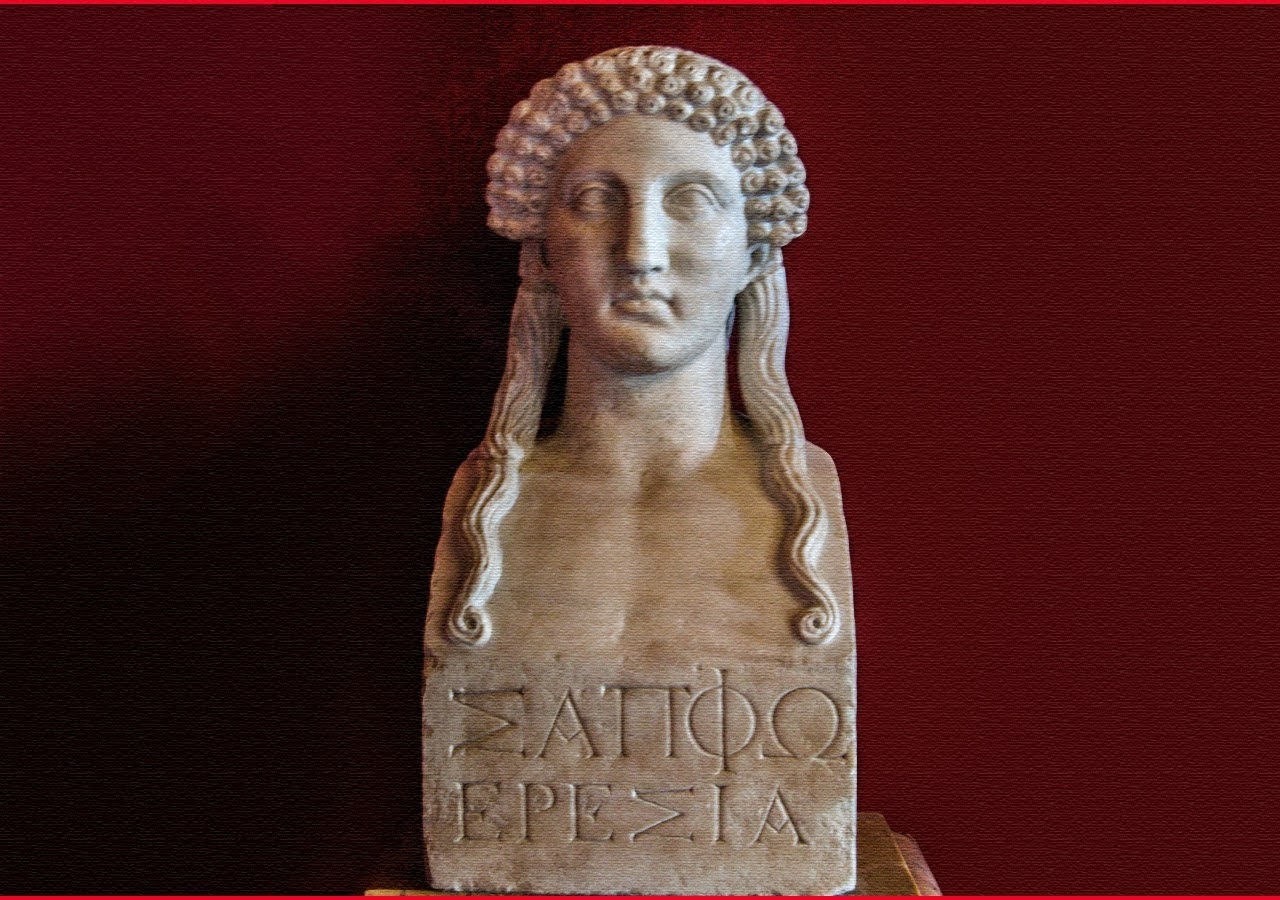 Sappho of Lesbos may have been the first great lyric poet. She is known especially for her “Sapphics”―love poems and songs―some considered to be bisexual in nature, or lesbian (a term derived from the name of her island home, Lesbos). But was Sappho just another love poet, or was she the Love Poet? According to Margaret Reynolds: “Certainly Sappho seems to have been an original inventor of the language of sexual desire.”

She laid herself bare in ways that other poets would also do―given 2,500 years to catch up! Today, when we hear songwriters like Bob Dylan, Prince, Adele and Taylor Swift baring their souls, we are surely hearing echoes of the first great lyric poet, Sappho of Lesbos. And Sappho never sounds dated, unless her translators turn her into a Victorian, which I have attempted not to do myself.

Unfortunately, the only complete poem left by Sappho of Lesbos is her “Ode to Aphrodite” or “Hymn to Aphrodite” (an interesting synchronicity since Sappho is best known as a love poet and Aphrodite was the ancient Greek goddess of love). However, “That man is peer of the gods” and the first poem below, variously titled “The Anactoria Poem,” “Helen’s Eidolon” and “Some People Say” are largely intact. Was Sappho the author of the world’s first “make love, not war” poem, a mere two-and-a-half millennia ahead of her time?

Three Poems of Longing: There Is a Bluebird Inside My Heart and the Blooming of the Sakura.