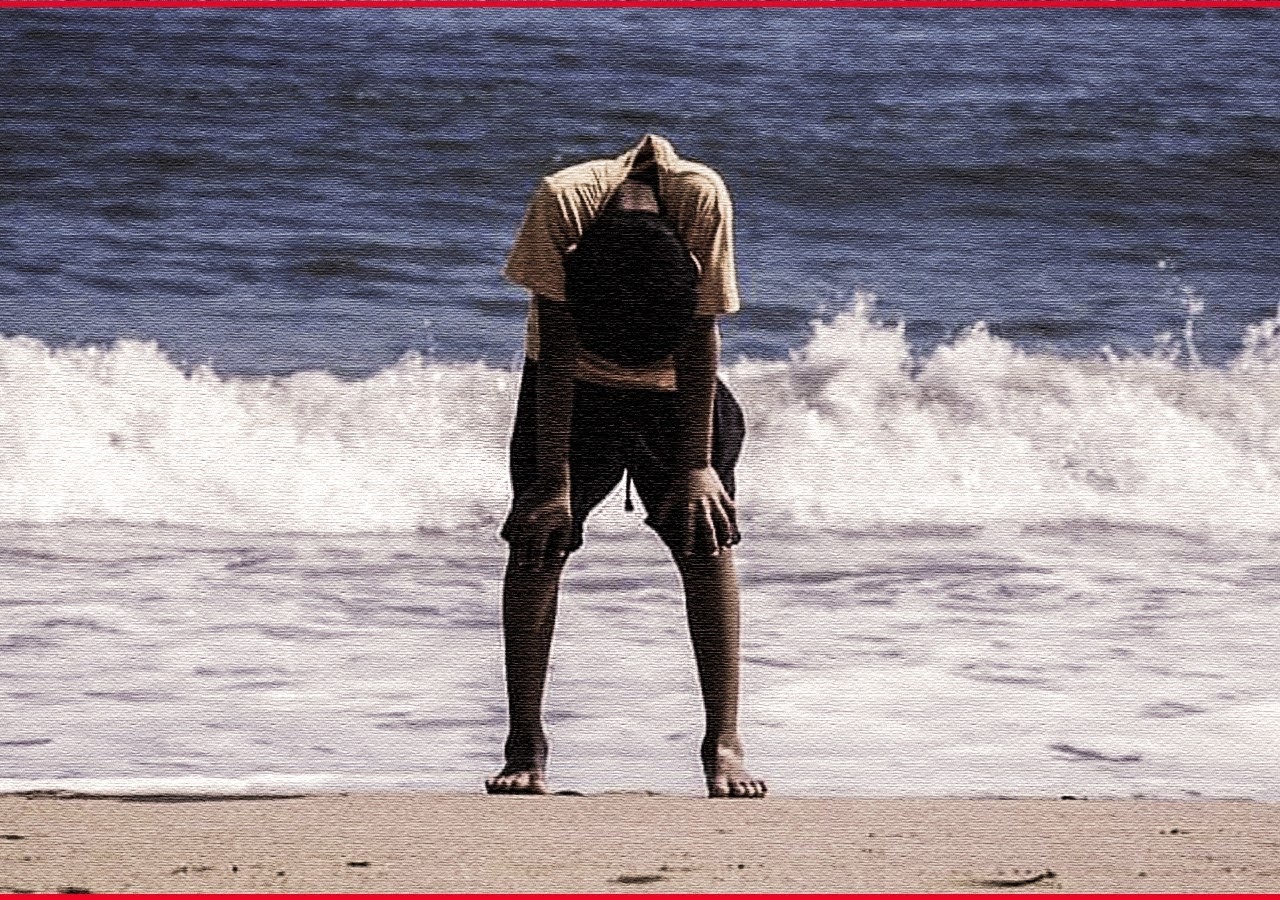 It was a long time ago. I was a green youth, not yet properly out of adolescence. The dew was still fresh on me and I looked at the world through, to use a cliched expression, ‘rose tinted glasses’. I was an optimist filled with vanity and considerable amounts of stupidity. But I did not know that, at twenty-three you are not very self-aware. I fancied myself as an artist, an especially multifarious one. I thought I could become a comic book illustrator one day, despite not having gone to art college. Every day I would doodle on scraps of paper or in a sketch book and think of plots. I wanted to be like Osamu Tezuka, the legendary Japanese illustrator, who both wrote and drew his comic books. If not, I wished to at least follow in the footsteps of Albert Uderzo who drew and brought to life the Asterix stories written by Rene Goscinny. I only need to find the right collaborator, I thought, who would write the scripts for me. Talking of scripts, I dreamt of directing films too. A friend had introduced me to world cinema, and I had consumed large portions of the filmographies of greats like Akira Kurosawa, Frederico Fellini, Andrei Tarkovsky, Ingmar Bergman, Krzyszt of Kieślowski and, of course, our very own Satyajit Ray. As I watched the classics mounted by these auteurs, I often imagined myself directing a certain scene better or giving a character a better ‘arc’ and more depth. Yes, I was indeed that vain and stupid. At a point, this friend of mine and I even contemplated starting a ‘little magazine’ dedicated to cinema. I think, we intended to name it ‘Scene and Sequence’. The idea was to guide and educate the cinematic tastes of our peers at the Jawaharlal Nehru University (JNU). That he was studying economics and I history was completely immaterial to us. We thought of ourselves as these very perceptive film critics and connoisseurs. And why not. After all, we had bravely sat through the insufferable ‘Solaris’. I consider it one of the hardest Tarkovsky films to watch, it just bores you out of your skull. In fact, the more abstrusely unwatchable a film, the keener we would be to watch it. I, as a matter of fact, endured the boredom that such a film induced as a warrior would bear his battle scars.

I wanted to draw comic books and direct films because I craved to tell stories with images. However, by and by I discovered that I would ever remain, at most, a competent doodler. I just did not have it in me to become a full-blown illustrator without an art college training. As about directing films, even with my youthful vanity and optimism, I knew that that is never going to be. The path to that could be a diploma from the Film and Television Institute of India (FTII) followed by years of roughing it as an assistant director. I did not have the heart for that. On the verge of finishing my MPhil, I had, by that time, set my mind on doing a PhD. Meanwhile, my cinema buff friend had been bitten by the photography bug. He had acquired, what we called in those days, a ‘point and shoot’ digital camera. He would train it upon just about anything and everything in the vicinity and capture, perhaps, a hundred odd ‘frames’ every day. He had real talent. He took compelling photographs. Observing him, I thought of taking up photography too. Now I wanted to tell stories with photographs, gathering evocative moments from the reality around with a camera. With the money I had saved doing a research assistantship over the previous year and a half, I bought a digital SLR camera in the summer of 2008. I was very proud. I was about a month and a half short of my twenty-fifth birthday. It was the first big purchase I had made with my own money. I soon hoped to join the ranks of Henri Cartier-Bresson and Raghu Rai.

No, I of course did not ‘make it’ as a photographer. So, here I am, teaching history. Looking back, I am not sure if I had any real talent in photography, but I was an enthusiastic dilletante. I had zero knowledge of the technicalities, my DSLR frankly baffled me in the initial days. Beginning as I was from scratch, I set about figuring out the handling of ‘aperture’, ‘shutter speed’, ‘ISO’, and ‘focal length’ with great gusto. My friend, who too had graduated to a DSLR by then, helped. He was ahead of me, having read up a lot on photography. We were soon joined by a fellow from the School of Languages, a PhD candidate in English literature. He remains the most gifted amateur photographer I have come across till date. He became photography coach to the two of us. He would use his camera to adroitly harvest moments that told tales. But I was unable to do that, no matter how much I tried. I was so dejected. The images I captured seemed to relate nothing. The reality I inhabited was not yielding its stories. I knew that they were there, but my camera failed to find them.

And then it happened one day. Just like that.On Christmas 2008, I read a paper at a conference in Chennai. The next day I emerged from my hotel bed while it was still dark. My three roommates did the same. Two of them were from JNU, the third chap was from the Banaras Hindu University (BHU). Like me, they had all come to Chennai to make presentations at that conference. We had been assigned the same hotel room by the organizers. The four of us squeezed into an auto rickshaw and set for the Marina Beach. We wanted to see the sunrise there. I had my dear DSLR dangling around my neck. I looked forward to gathering a rich quarry of images. I also hoped that some of them would tell stories. I was not disappointed. Somehow, everything fell into place that day. Generally, I would struggle with the settings of my camera – with a DSLR you have to adjust the focal length, shutter speed and aperture in quick succession as you take a photograph, and that can be very tough for a beginner. But that day I did not struggle at all. In fact, that was the day when I ceased to struggle with the camera settings.  In whichever direction I pointed my camera lens, I seemed to find moments redolent with stories.

As the sun rose from the sea, our roommate from BHU got pensive. The sun painted the sea orange as it slowly slid up the sky. He still stood pensive. I photographed him watching the sunrise and thought that he suggested a story. When a man stands looking forlorn before beauty, there might be a story behind that.It was not fully light yet, he and one of these JNU fellows squatted on the beach gazing out at the sea. They were watching the catamarans drfiting on the yonder horizon. As I took their picture, I thought that they seemed like the start of a story – ‘And two friends sat on the seashore watching the catamarans….’

The day grew, and the beach livened up. There were children playing all around. One of them was this very boisterous little boy, I had been following him through the camera lens. He grew tired. I clicked the shutter as he clasped his knees and gathered his breath. That moment told the story of a child’s merriment. There were many fortune tellers around. Two of them I found especially interesting and photographed. One looked stern, it was as though he was fortune personified. The other one sat watched over by life size cutouts of Kollywood stars. He was reading the stars, in the shade of stars. These two, I thought, hinted at stories. They must have heard so many initmate confessions, they must have had so much to tell.

Leaving my companions behind, I strolled down the beach and came upon this boat. There was a beautiful but sad pair of eyes painted on its bow, it looked so alive to me. This could be a boat in some children’s tale, missing the sea, sad at being beached and abandoned. I clicked its picture. Not far, not long after, a toddler whispered something in his father’s ear as its siblings played in the waves. It seemed as though a plot was being hatched, another story I captured on my camera. And then, a while later, this little boy, the toddler’s brother, scooped up a handful of sand. Actually, it was a castle to be. Another story had begun, and I caught that moment on my camera. It was past noon by now. We thought we would have a look at Fort St. George and left. But we returned to the Marina Beach in late afternoon and stayed till sunset. It was perhaps at my insistance. I wanted to photograph the sunset to round off the day. I did that with gratitude. The day was done, I had gathered from it so many moments that told tales.

3 ONGC Employees Abducted by ULFA, 2 of Them Rescued.

Haikus That Are Not.