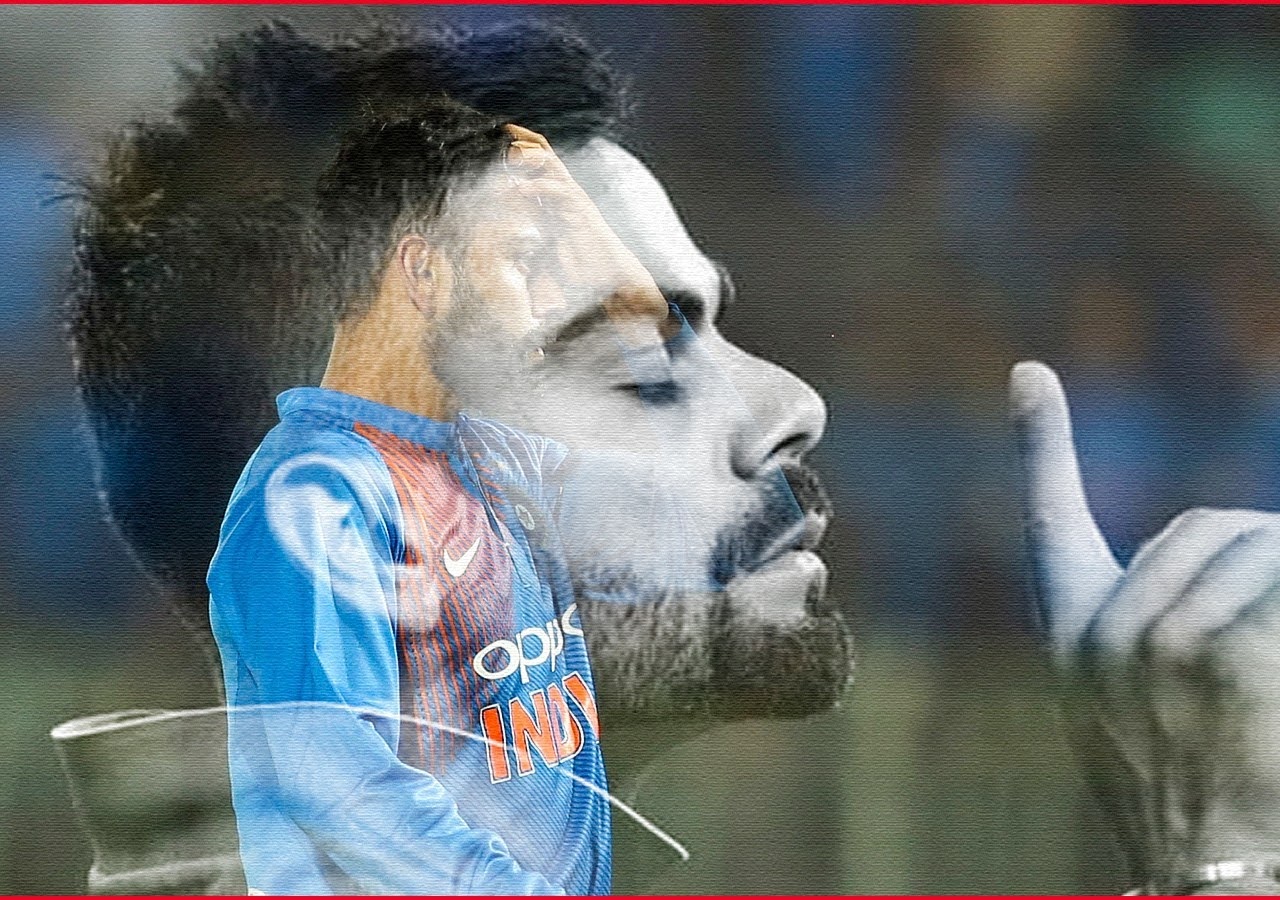 India’s T20 World Cup encounter against Pakistan ended in a humiliating defeat on Sunday night, and yesterday Team India led by the woke Virat Kohli has dropped out of the competition entirely. Two images from the whole series of events stood out: one of Virat Kohli and his Pakistani counterpart, Babar Azam, cuddling after the match, demonstrating why cricket is known as a gentleman’s game.

The second image depicted Team India ‘taking the knee’ in support of the Black Lives Matter movement before the start of the match. Even while it was a lovely gesture, it was unwarranted. There was no necessity for Indians in America to apologise to African-Americans because Indian Americans, Hindus especially, also face a similar sort of racism that privilege, sometimes Bible belt Christian WASP culture, and sometimes global Islamism, projects onto America’s citizens of Indian origin.

If at all, Team India could have ‘kneeled’ for Bangladesh’s Hindus, who have been left alone to endure ceaseless violence, the most recent of which was a planned and coordinated attack on their temples and vandalism of Maa Durga statues during the Durga Puja earlier this month.

The October violence, which can be easily termed as an annual anti Hindu pogrom in Bangladesh, has once again raised the world’s attention to the existential threat that Bangladesh’s unfortunate Hindus face. They’ve already dropped from 29% in 1947 to fewer than 8% presently. As a result, Prime Minister Narendra Damodardas Modi’s Citizenship Amendment Act 2019 is an absolute requirement. What can the Indian people and government do to help the Hindus of Bangladesh? There is undoubtedly plenty that can be done, but is not being done.

As we have seen in recent years, particularly in the regularly publicised incidents of the purported desecration/blasphemy of Islamic objects and figures, Islamist forces have exploited it as a convenient weapon against non-Muslim minorities — Hindus, Sikhs, Buddhists, and Christians — particularly in Pakistan and Bangladesh. Indeed, the two countries have a long history of desecrating and plundering thousands of Hindu holy sites. Those were true blasphemous acts, but someone saying this will be branded ‘Hindutva Terrorist’ by the illiberal Left masquerading as ‘historians’.

While any act of desecration/blasphemy is abhorrent, it never excuses mass killings and widespread brutality against a much outnumbered, peace-loving population, as is the case in Bangladesh — and Pakistan — on a regular basis. We know that in most cases of “desecration,” the accusation is fabricated by the offenders in order to abduct/violate women and seize the property of non-Muslim minorities, in addition to satisfying their profound religious desires. These jihadis commit unforgivable crimes in the name of teaching the kafirs a lesson.

The identity of the perpetrator in Comilla has also shown that he was not a Hindu kafir or malaun, as they are known in eastern Bengal! The fact that people engaging in this barbaric behaviour are descended from the dreaded kafirs is a tragedy of epic proportions!

Because of their politico-academic bent, proponents of anti-Hindu killing sprees in Bangladesh and their “secular” advocates in India are attempting to soften the violence. They frequently try to justify it by ignoring the ground reality and its ideological pedigree, which is a legacy of our homegrown, jihad-friendly, “secular” commitment.

An example in this case is a rather well known, but not really well drafted or regularly signed on actor from Tollywood, Shri Chattopadhyaya (who we will not name here for courtesy’s sake). On the day of the Comilla or possibly the Hajipur incident, Shri Chattopadhyaya posted on Facebook that the incidents in Bangladesh were ‘isolated incidents’. Talk about double blind insensitivity, indeed!

Self-serving intellectuals, such as Nobel laureate Amartya Sen — and all others with roots in East Bengal, who even deny the occurrence of such instances, need special notice. Such intellectuals are a huge impediment to any meaningful endeavour to rescue the victims of Bangladesh’s and Pakistan’s theologically sanctioned “holy” wars.

Because many of our politicians and their retinue of intellectuals and media people have been nurtured on this self-defeating mindset where consistent subservience and sympathy towards the Islamic ummah is the sine qua non for upward mobility, we repeatedly fail to come to the rescue of persecuted Hindus, Christians, Sikhs, Buddhists, Jains, Zoroastrians, and others in Pakistan and Bangladesh.

Despite its recurrent unjustified intervention in India’s internal affairs, listening to the Indian delegation’s eloquent speeches at the Organisation of Islamic Countries (OIC) would be highly instructive. However, for India’s ‘ruling class’, self-aggrandizement is a common occurrence. They’re far too generous!

In the 1940s, the Muslim League leaders regularly demanded population exchange, but it was rejected outright by leaders like Mohandas Karamchand Gandhi and Jawaharlal Nehru in the name of composite nationalism. Leaders of the Muslim League were forthright in their assessment of historical causes at work as well as the political agenda they were resolved to achieve.

They were devoted to their faith and its adherents. In contrast to them, most nationalist leaders were myopic, lacking a comprehension of the Muslim community’s behaviour pattern (exceptions aside) and the impending doom for Hindu society. Despite the valiant efforts of Swami Dayanand, Swami Vivekananda, Sri Aurobindo, Bal Gangadhar Tilak, Swami Shraddhanand, BS Moonje, Veer Savarkar, and Syama Prasad Mookerjee, their politics brought Hindus tragedy after calamity.

The famed Bengali novelist Sarat Chandra Chatterjee was one of many visionaries who understood the folly of Hindu-Muslim unification. He had warned Chittaranjan Das, then one of the main Congress leaders, that Hindu-Muslim unity was unachievable when he was a member of the Bengal Congress Committee (See Sarat Rachanabali; Janma Sataborsho Sanaskaran; Vol 5; Kolkata, Bengali Era, 1387, p. 531).

Hindus are fighting for survival in both Islamic Bangladesh and West Bengal, the latter with a rapidly expanding Muslim population and coordinated anti-Hindu violence. We all know what a strong Indian government can do to save Bangladesh’s Hindus, as it did in 1971, despite the fact that India’s involvement came too late to avert the massacre of millions of Hindus and their exodus to India. It is past time for us in India to come to the aid of those who have provided us with the greatest number of revolutionaries and have made significant contributions to India’s reawakening.

If Indian cricketers had to ‘take the knee,’ they should have done it in support of Bangladeshi Hindus. The minority of Bangladesh demand an apology for not speaking up during their hardship and persecution.

In The Midst of a Military Standoff with India, China Has Passed a New Land Border Law.

Is Bangladesh a Negation of the ‘Two-Nation Theory’?

Is George Soros the Mastermind behind the Current Unrest in Peru?