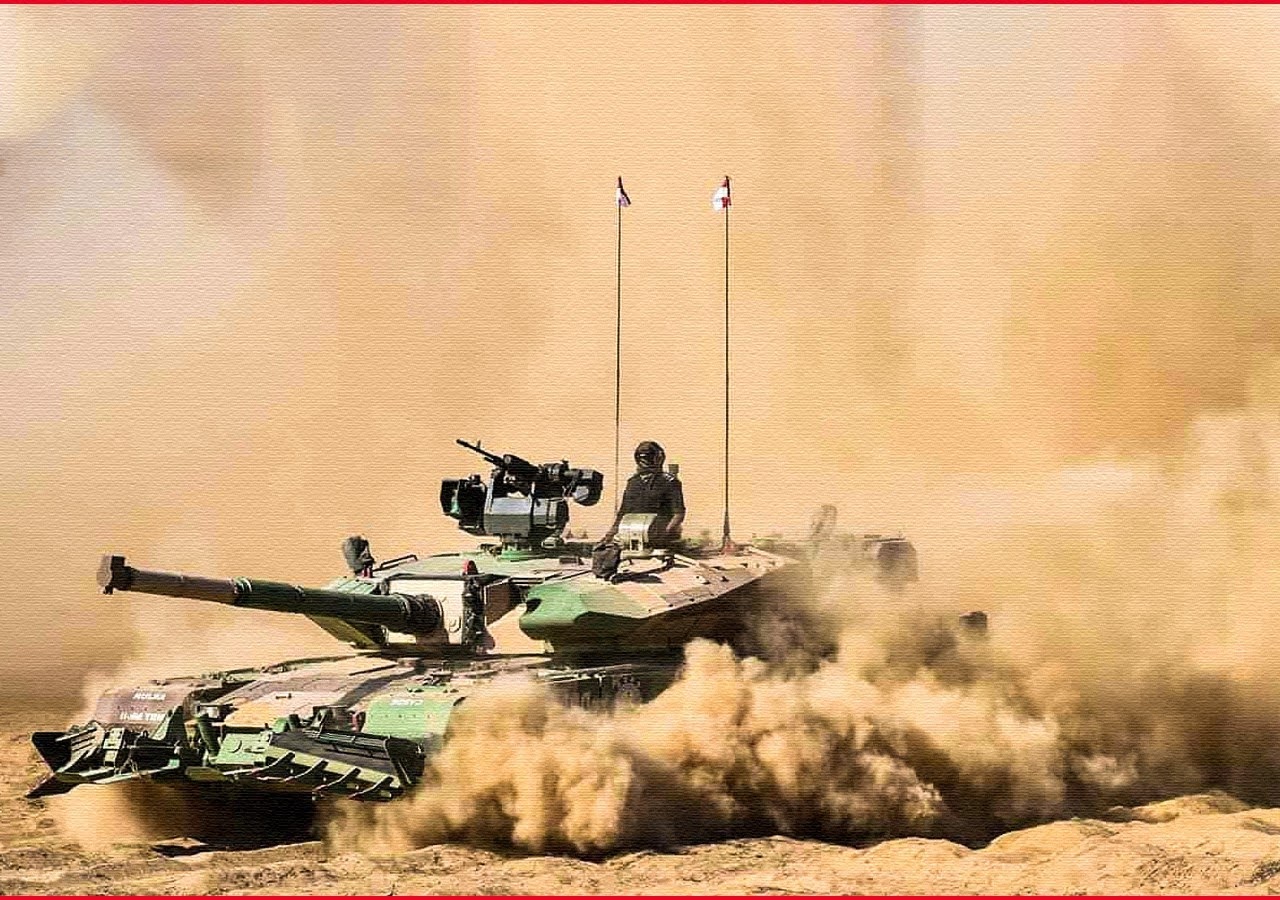 The defence ministry on Thursday (23 September) placed an order for 118 Main Battle Tanks (MBTs) Arjun Mark 1-A, which will be the most powerful armoured system in the Indian Army’s inventory.

The ₹7,523-crore contract is expected to be a huge boost for the Heavy Vehicles Factory in Avadi, Chennai, which produces the ‘Hunter Killer’ tanks. However, because the Army requires lighter tanks, this is likely to be the last procurement for this tank, which weighs 68.5 tonnes.

The Mark 1-A is a new model of the Arjun main combat tank, which has been included in the Army in two regiments since 2004.

According to a statement by the MoD, the latest variant has been “designed to enhance fire power, mobility and survivability”.

It further said that the Mark 1-A has 72 new features and many more indigenous content than the Mark-1 variant, which will ensure “effortless mobility in all terrains”, besides precise target engagement during day and night.

The tank was designed and developed in two years, from 2010 to 2012, according to the defence ministry.

“The development activities commenced from June 2010 and the tank was fielded for user trials in June 2012. It took only two years to develop and field the MBT Arjun Mk-1A for user trials from the user requirement,” read the statement.

“Extensive trial evaluation was conducted in various phases covering 7000+ km (both in DRDO and user trials) of automotive and substantial firing of various ammunitions during 2012-2015,” it added.

In March 2020, ThePrint had reported that the Army had pushed for authorisation of the tanks’ order. However, due to the Covid-19 pandemic, the procedure was delayed.

According to the plan, the first tank is expected to leave the factory within 30 months of the order being announced.

What sets Arjun Mark 1-A apart from its predecessor?

The Arjun Mark 1-A tank has 14 major improvements which the Army had sought and which four firepower upgrades.

Other major upgrades include new transmission systems, besides an improved gunner’s main sight, integrated with automatic target tracking. The particular feature will allow the crew to track moving targets automatically and engage them even when the tank is moving.

The Mark 1-A gun, according to sources in the defence and security establishment, is controlled by a computerised integrated fire control system that ensures a high first round kill capability.

Weight of the tank – an issue for Army:

While the tank possesses the best firepower, its 68 tonnes weight is an issue for the Army.

As reported, India’s Armoured Corps, which largely uses Russian tanks, has an operational need for medium-weight tanks that basically weighs between 40-50 tonnes.

The Corps is also interested in a lighter tank for certain areas like hills, riverines and islands.

The Arjun tank, first envisaged in the year 1972, was meant to replace the Russian T-72 that is still in service and was intended to weigh around 48 tonnes.

During a desert test conducted by the Army in 2010, the Arjun MBT outperformed Russian T-90s.

However, the two regiments of Main Battle Tanks were never fully utilised due to issues related to reliability and availability of spare parts.

Furthermore, the weight of the Main Battle Tanks was a serious disadvantage since it was too heavy for roads, bridges and canals along the Pakistan border.

The decision, according to the MoD, will give boost to the ‘Make in India’ initiative in the defence sector and is a significant step towards achieving ‘Atmanirbhar Bharat’. The new variant has reportedly increased the percentage of the indigenous components.

“This production order to the Heavy Vehicles Factory opens up a large avenue in defence manufacturing for over 200 Indian vendors including MSMEs (Micro, Small and Medium Enterprises), with employment opportunities to around 8,000 people. This will be a flagship project showcasing the indigenous capability in cutting edge defence technologies.”