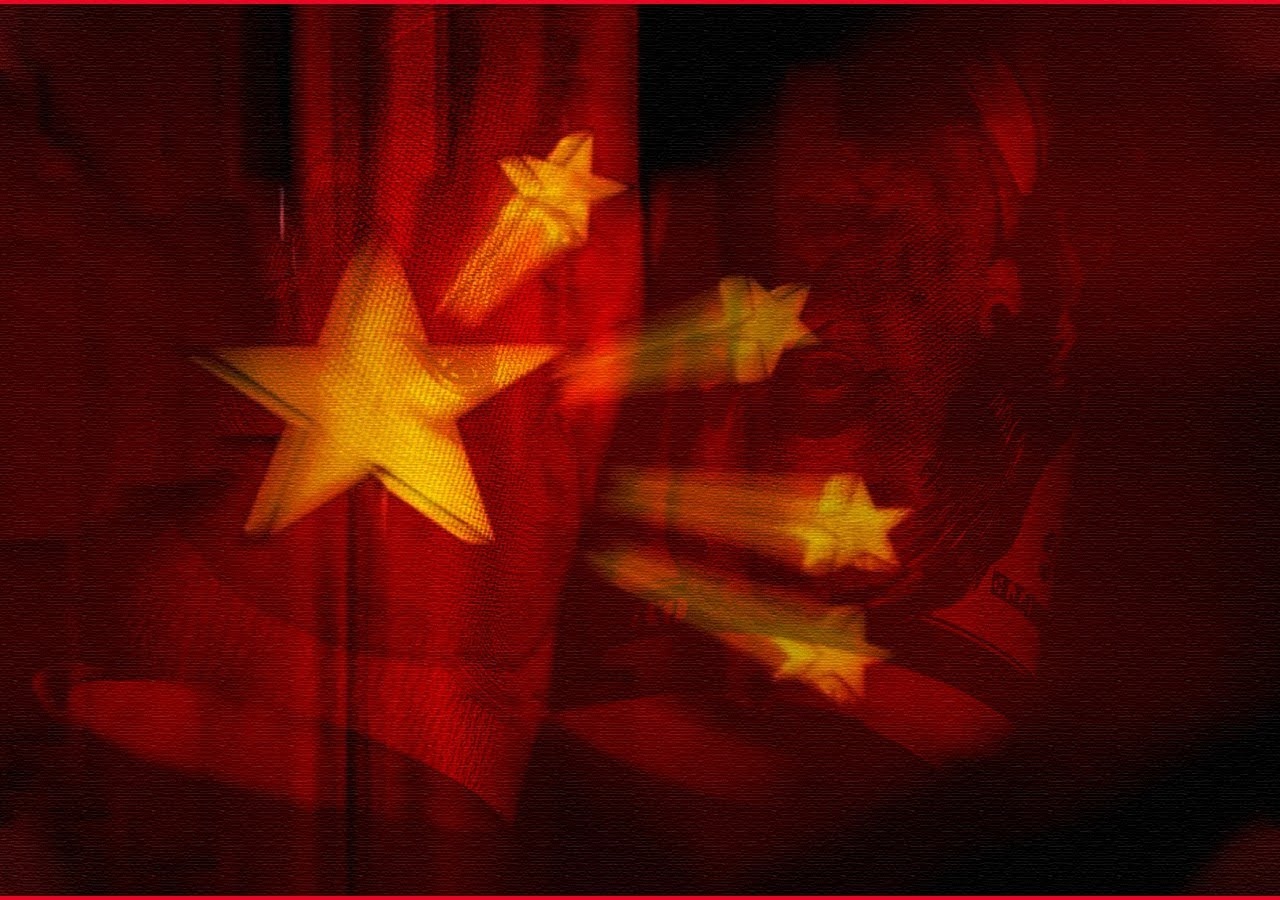 Beijing has urged US business groups with interests in China to “speak up” and influence the US administration in China’s defence, warning that they cannot make money “in silence” as bilateral relations deteriorate.

Xie Feng, China’s vice-foreign minister in charge of handling the country’s relations with the United States, also warned against political boycotts of the 2018 Beijing Winter Olympics, saying they would harm athletes’ interests and be “unpopular.”

According to a translation of Xie’s speech, key business groups such as the American Chamber of Commerce in Shanghai and the US-China Business Council met with him in a virtual conference on Tuesday.

Xie urged US business leaders to “speak up and speak out, and push the US government to pursue a rational and pragmatic policy toward China, stop conducting trade, industry, and technology wars, and stop creating… ideological and geopolitical confrontations and conflicts” in his speech, which was published by the Ministry of Foreign Affairs.

The warning came in addition to letters delivered directly to US corporations by China’s embassy in Washington last month, which made similar threats and urged them to campaign against US laws that would harm Chinese interests.

Xie applauded the recent meeting between US President Joe Biden and Chinese President Xi Jinping in an attempt to repair the relationship, saying that when bilateral relations are good, economic and trade cooperation is easier.

He said, “It’s nice to sit in the shade under the large tree.” “On the other hand, if the two countries’ relations deteriorate, the business community will not be able to’make a fortune in silence.'”

Crux of the matter

Beijing, set to become the first city in the world to hold both the winter and summer Olympic Games. However, calls to boycott Beijing 2022 are rising, with detractors dubbing it the “Genocide Games.”

Athletes, lawmakers, and human rights activists are among those calling for the games to be cancelled or boycotted with less than 100 days to go due to a slew of human rights violations.

The playbooks, which outline how the games will be played, were just released, but will the games go on as planned?

For the better part of 2021, the Tokyo Olympics and concerns about COVID diverted attention away from the 2022 Winter Olympics.

However, dissatisfaction with the Beijing Olympics’ progress has suddenly resurfaced in a big way. Enes Kanter, an NBA basketballer and passionate human rights champion, is the latest high-profile figure to call for a boycott.

A group of senators from the United States is also advocating for a diplomatic boycott, in which international leaders refuse to attend the games. This comes as the Inter-Parliamentary Alliance on China, which includes more than 100 MPs from 19 nations, demanded that Beijing be stripped of its games. Dominic Raab, the UK’s foreign secretary, has stated that he is “unlikely” to attend.

Concerns about Beijing hosting the Olympics centre on serious human rights violations. These issues have existed for a long time, and they contributed to China losing the hosting rights to Sydney in 2000. (although they did host the summer games in 2008).

“At least two million Muslims – including Uyghurs, Kazakhs, and Uzbeks – are incarcerated in “re-education camps,” said a coalition of 200 global advocacy groups in September. In 2021, the situation in occupied Tibet has deteriorated considerably, freedom and democracy in Hong Kong are under threat, with teenage activists being caught up and imprisoned en masse.

I call it “the tiananmen syndrome”

The Chinese authorities often detain government critics in the mainland China. Following weeks of her rape accusation against a high-profile politician of the CCP, the Women’s Tennis Association (WTA) recently announced the suspension of all competitions in China, citing fears for the safety of Chinese tennis star Peng Shuai.

In a statement, WTA chairman Steve Simon said, “With the full support of the WTA Board of Directors, I am announcing the immediate suspension of all WTA tournaments in China, including Hong Kong.”

“I don’t see how I can encourage our athletes to participate there in good faith when Peng Shuai is not allowed to communicate freely and appears to have been coerced to refute her sexual assault allegation.” Given the current situation, I’m especially concerned about the hazards that all of our players and staff may face if we organise events in China in 2022.”

The big bully in the room

Beijing’s decades-long geopolitical bullying and intimidation of democratic Taiwan has deepened. The Chinese government is allegedly using the games to “cover its atrocities and imply that the world agrees,” according to Human Rights Watch.

Taiwanese politicians from the New Power Party (NPP) have called for a boycott of the 2022 Beijing Winter Olympics due to China’s human rights violations in Tibet, Xinjiang, and Hong Kong.

According to Taiwan News, at a press conference on Wednesday, NPP legislator Chen Jiau-hua stated on behalf of the party that China is unqualified to host the Olympics because of its ongoing human rights violations against people of various ethnic groups, religious beliefs, and sexual orientations, which contradicts the Olympic Creed. Another NPP legislator, Claire Wang, said, “The government should publish a resolution to boycott the Winter Games while preserving the nation’s elite athletes.”

Also, in a recent statement, the former US President Donald Trump claimed that China would attack Taiwan after the winter Olympics in 2022.

Trump stated in an interview with Nigel Farage, a former UK MEP, that China’s behaviour altered after he left office. Since Joe Biden became President, the 45th commander-in-chief has also stated that the United States of America is no longer respected. Trump’s statement came after Chinese jets flew 159 sorties into Taiwan’s air defence zone in November, the second-highest monthly total ever.

The IOC may theoretically take the games away from Beijing and deliver them to another city, but realistically (and logistically) this is unlikely. Any moved games would naturally have to go to a recent host city with the infrastructure and expertise, such as Pyeong Chang (2018) or Vancouver (2010).

It’s also possible that the games will be postponed until 2023. The IOC, on the other hand, will do everything possible to avoid cancelling, relocating, or having a broad boycott of the 2022 games.

It must safeguard both its bottom line and its reputation. Officially, the International Olympic Committee is working hard to keep politics out of the events.

“The Olympic Games are not about politics, as President Thomas Bach puts it. As a civil, non-governmental organisation, the International Olympic Committee maintains strict political neutrality at all times.”

China would most certainly withdraw from the Olympics if the games were taken away, as it did from 1956 to 1984.

This would have a significant impact on the Olympic movement, as China has finished in the top four in the last seven summer games and is currently ranked sixth in both the summer and winter games’ all-time medal count.

However, outside of the IOC, there may be large boycotts of the Beijing Olympics. In the run-up to the 1936 Berlin Olympics in Nazi Germany, the United States considered a boycott, while a “counter-Olympics” was planned for Barcelona (it was overtaken by the Spanish Civil War).

Previous Winter Olympics have not seen any boycotts. A boycott, on the other hand, could be extremely effective.

The winter games do not have the same “global” appeal as the summer games. The majority of the athletes and medalists are from a small group of wealthy western countries, including the United States, Germany, Norway, and Canada.

As a result, if they all endorse a boycott, it may substantially stifle competitiveness and require IOC action.

However, most national Olympic committees, particularly those in Western democracies, are self-governing bodies that may disregard a boycott called by the government.

This happened at the 1980 Moscow Olympics, when Prime Minister Malcolm Fraser supported the boycott led by the United States, but the Australian Olympic Committee allowed its competitors to compete.

Human rights protesters are pressuring major sponsors of the Beijing Winter Olympics, such as Visa, Coca-Cola, Airbnb, and Omega, to use their clout to solve human rights violations in China.

Human Rights Watch, a US-based advocacy group, reported in May that letters submitted to each of the leading business sponsors inquiring about their role in the Beijing Games received no answer.

Leaked Documents Link China’s Leadership To The Crackdown Upon Uyghurs.

A Horrific Incident of Islamist Violence in Pakistan and Lessons for India.

India will Manufacture AK 203, One Lakh Rifles to Arrive From Moscow.