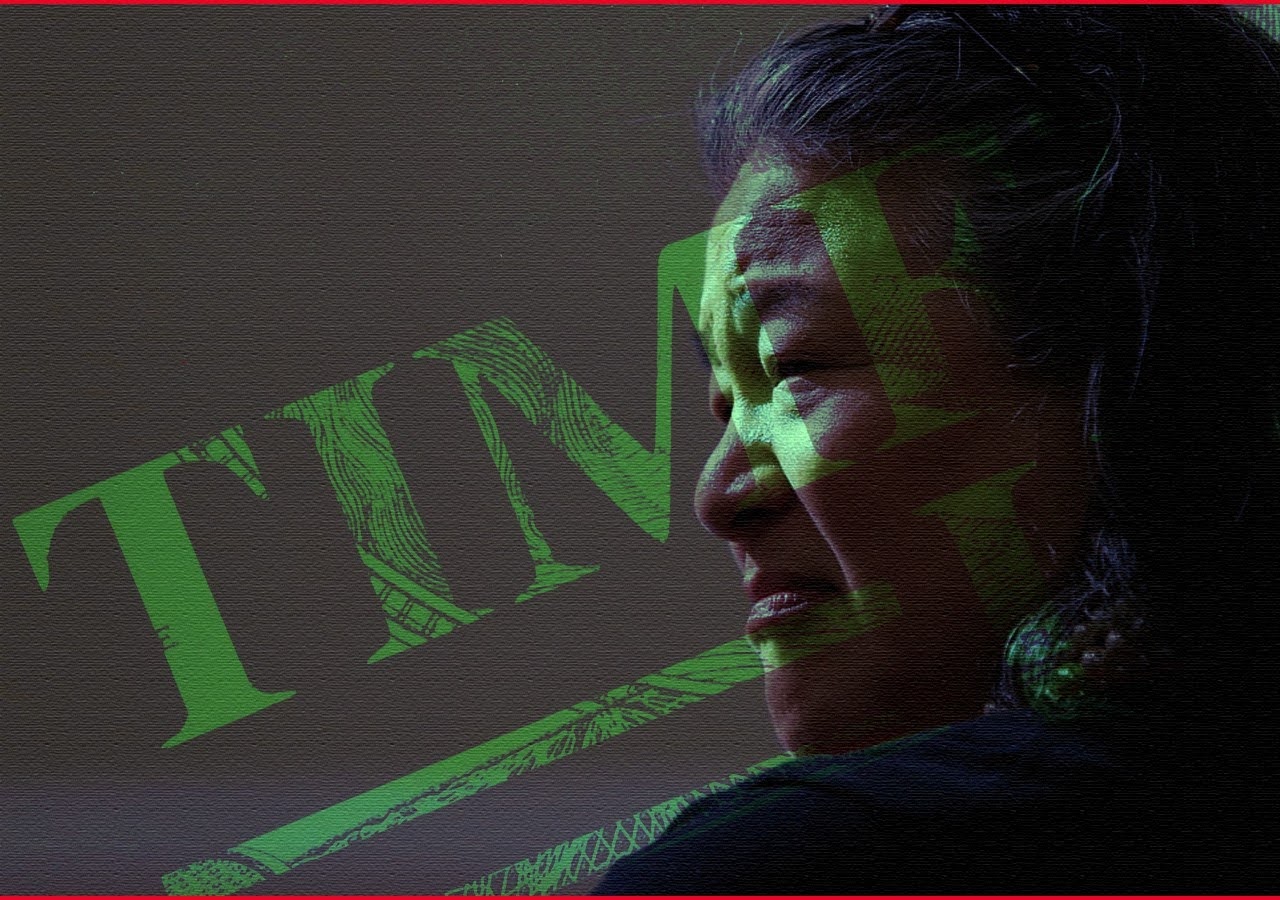 After disclosures that its officials counselled former New York Gov. Andrew Cuomo’s administration after he was initially accused of wrongdoing last year, the chief executive of the sexual harassment victims’ advocacy group Time’s Up resigned amid uproar.

Tina Tchen, the CEO and president of Time’s Up, said in a statement that she has “spent a career working for positive change for women,” but that she is no longer the right person to head the organisation in the #MeToo era.

“I am very aware that my leadership role at TIME’S UP has become a painful and divisive focal point, where the very women and other activists who should be working together to fight for change are instead fighting each other in terrible ways,” she wrote.

Monifa Bandele, the company’s chief operational officer, will take over as interim CEO.

Tchen resigned for a variety of reasons.

Tchen’s resignation comes after Roberta Kaplan, the organization’s chair, left on August 9th. Cuomo resigned Monday, three weeks after an investigation led by New York’s attorney general concluded he sexually harassed at least 11 women. Both women had been the target of ire from Time’s Up supporters over the suggestion they had offered any assistance to Cuomo.

Cuomo attempted to undermine his first public accuser, Lindsey Boylan, after she accused him of making inappropriate comments last December, but before she precisely described charges of unwanted groping and kissing, according to the report.

Tchen originally prevented other Time’s Up leaders from making any public comments regarding Boylan’s allegations, according to text texts acquired by The Washington Post. Later, Melissa DeRosa, a top Cuomo adviser, asked Kaplan, the governor’s attorney, to look over a letter the governor’s allies planned to send criticising Boylan’s trustworthiness.

“Ms. Kaplan read the letter to the executive director of the advocacy group Times Up, and both of them allegedly recommended that the letter was fine without the assertions about Ms. Boylan’s interactions with male colleagues,” the report added, without mentioning Tchen.

The letter was never made public in the end. Time’s Up then demanded an investigation when Boylan expounded on her charges against Cuomo.

Boylan’s remark in response to his departure.

Tchen’s resignation message did not include an apology, according to Boylan.

“Instead of expressing genuine regret to the survivors, activists, and allies she has wronged, @TinaTchen goes out the same way our former Governor did: by counting her successes, blaming others, and seeking to defend her heinous behaviour. “Thank you for your time.”

Tchen remained silent about the subject.

A quick rundown of the Time’s Up movement’s history.

Time’s Up was founded in January 2018 in response to indignation over Harvey Weinstein’s sexual misbehaviour. More than 300 women in the entertainment industry signed an open letter establishing them as founders, including television powerhouse Shonda Rhimes and actresses Reese Witherspoon and Eva Longoria.

Its high-profile debut continued at the Golden Globes later that month, when guests wore black and wore Time’s Up pins to draw attention to the feminist cause.

Tchen formerly worked for President Barack Obama as an assistant, then-First Lady Michelle Obama’s chief of staff, and then-executive director of the White House Council on Women and Girls. In 2017, she, Kaplan, and two other women co-founded the Time’s Up Legal Defense Fund. In less than a year after its inception, the fund had raised approximately $22 million to assist everyday survivors with legal bills.

The Time’s Up board commended Tchen’s stint in a statement released Thursday, saying she “has made a difference in the lives of so many and we are grateful for her hard work and influence.” Accepting her resignation, on the other hand, was a display of responsibility, the board stated.

The thorny leadership concerns to deal with.

Tarana Burke, the creator of #MeToo and a member of Time’s Up’s extended board, spoke to The Associated Press earlier this week about the tumultuous waters. Time’s Up, she said, is a young organisation with excellent goals that is now trying to figure out how to wield power.

“I believe they will have to do a lot of soul searching at the end of the day,” she stated. “It may turn out that they need to figure out how to operate differently, that they need to yield some authority and give up some of the victories in order to accomplish the task successfully and in a way that others trust.”

The Me too movement.

The pioneering anti-sexual assault and women’s empowerment campaigns #MeToo and Time’s Up upended the worldwide public debate about women’s issues and raised global awareness about the challenges women face in their personal and professional life.

In the last few years, the #MeToo campaign has become a global phenomenon, with the hashtag being searched for in 196 countries on Google. The cultural shift was palpable – for the first time in history, the world was alerted that these once-insignificant women’s movements were not to be dismissed. People began to pay attention.

Despite their similarities, the organisations behind #MeToo and Time Up, as well as the movements that fueled their establishment, have fundamental variances.

With #MeToo, Time’s Up has a similar vision for women’s emancipation, but it has some distinct goals. Time’s Up might be viewed of as the #Metoo movement’s solution-based, action-oriented next phase. The goal of the group is to bring about tangible change in the workplace, resulting in workplace safety and equity. It was founded by a group of over 300 Hollywood women, including Reese Witherspoon, Natalie Portman, and Shonda Rimes, among others.

“This is a movement that focuses on sexual violence,” Burke explained in an interview regarding the Me too movement. “It’s also a blueprint for how to go about stopping sexual violence.”

Me Too, or #MeToo movement was started in 2006 by Tarana Burke, a social activist, in response to widespread public outrage about sexual assault and harassment in the United States.

The #MeToo movement had been around for years before it gained national prominence when allegations of sexual assault and harassment against Hollywood mogul Harvey Weinstein dominated the news.

“We’re doing it from a survivors’ perspective, and we want to make sure that the most marginalised survivors have access to tools that will help them navigate the human journey.”

Despite the fact that the #MeToo movement had existed for years, it only garnered national prominence after claims of sexual assault and harassment by Hollywood mogul Harvey Weinstein sparked a crusade within the industry to speak out.

Burke intends to build a community of survivors who will move forward together by focusing on healing and survivorship. They are currently focusing on scaling up their organisation and resources in order to meet the surge in demand. Their goal is to keep developing resources for survivors by “providing leadership training and development, as well as community assistance on community action.”

Burke also wants people to realise that the MeToo movement is much more than a hashtag. It’s the “start of a wider discourse” and a place for “community healing” for all, she told.

The #MeToo movement has become an indisputable force in American culture, but a study shows that not everyone believes it is wholly positive.

According to a Pew Research Center poll of 6,251 adults, 31% of respondents believed that women making false allegations about being sexually harassed or assaulted is a big problem in today’s workplace. Another 45 percent believed that false accusations were only a minor issue.

The campaign gained traction in October 2017 after Alyssa Milano, an American actress, issued a tweet encouraging sexual assault victims and survivors to come forward, accept the harsh reality of society, and let others know they are not alone.