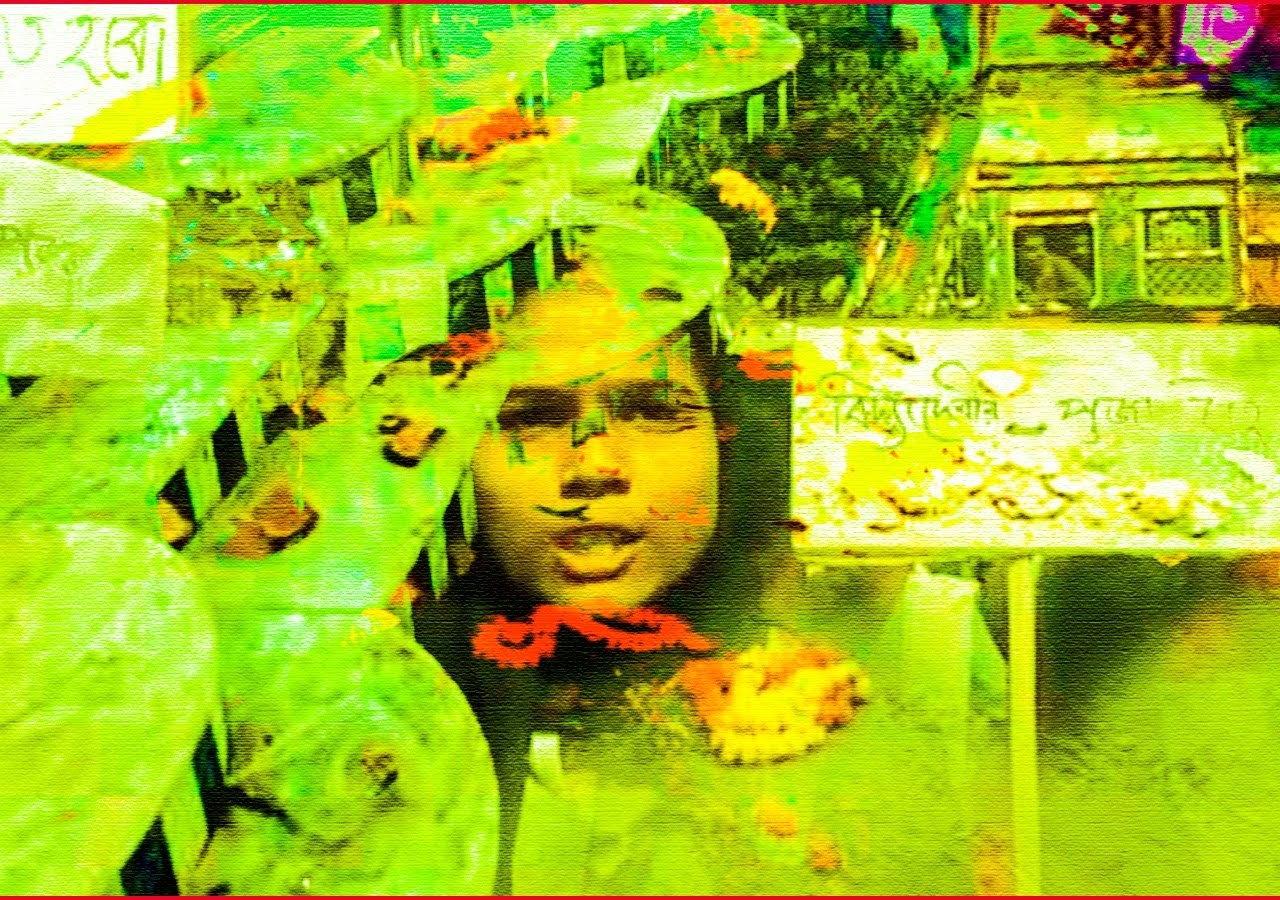 A few days before the Saraswati Puja in Boalkhali, Chattogram, an instance of idol vandalism occurred at Lalar Hat in East Shakpura, Bangladesh, where Islamists vandalized at least thirty five Saraswati idols that were being built for the Saraswati Puja. Respective authorities are taking action as has been reported by Bangladeshi media houses.

This isn’t the first time something like this has happened. Islamists vandalised the Durga Puja pandal in Comilla, blaming the Hindu community for the desecration of the Quran. Large-scale violence was perpetrated against the Hindu community in October 2021 after that first incident.

Later, it was found that the charges of blasphemy via the desecration of the Quran which Bangladeshi imams were touting to substantiate the vandalism were false, and fabricated with especial intent.

These cases, however, are not limited to Bangladesh; they have also been reported in the Indian state of West Bengal which has, of late, turned into a hub for Islamist outfits like Jaish E Mohammad Bangla and others.

Recently in Tamluk town located in West Bengal’s East Medinipur district, a group of young men from a “different” community (which is how most media houses from Kolkata reported it)vandalized a Goddess Saraswati idol. According to locals, the incident happened after 12 midnight when almost all the worshippers were gone.

This isn’t a one-off instance of prejudice directed at the state’s Hindu community. Every year, a number of similar situations arise, but little to no action is taken. In fact, many of the regular Saraswati puja committees in and around South Kolkata in places like Gariahat, Chetla and Park Circus have been shut down forcibly.

These occurrences point to an increase in Islamic radicalism in West Bengal, which is happening at a very rapid rate. A subtle glorification of pro- East Pakistan leaders like Sohrawardy and Mujibur Rahman by the state’s incumbent government has signalled very traumatically to the Hindu population of the state.

Sohrawardy’s birthday is celebrated by the State Government with huge ads in ‘left’ of centre daily publications like Anandabazar Patrika while the annual Kolkata Book Fair for 2022 has been dedicated to Sheikh Mujibur Rahman, a prominent Muslim League leader during the 1946 Great Calcutta Killings and later the founder of independent Bangladesh.

Extremist publications in Bengali by both IS and AQ have been discovered to circulate throughout the state. The goal is to mobilize Bengali Muslim youth to “liberate Kashmir,” “fight Hindutva,” and “create an Islamic Caliphate in Hind.” Such exhortations have been linked to the prophetic narrative ‘Ghazwatul Hind,’ which describes a final war for the Indian subcontinent.

The state administration of West Bengal has been unable to prevent the development of radical Islamist ideology. The incumbent Trinamool Congress (TMC) has been accused by the Center on several occasions of being soft on radicals because it views the Muslim population as a source of votes.

In September 2020, the National Investigation Agency (NIA) arrested five suspected Al Qaeda terrorists in Murshidabad, as well as four in Ernakulam, Kerala. According to reports, they were preparing for assaults in Delhi, Mumbai, and Kochi.

While details on them are still sketchy, it appears that at least one of them, Leu Yean Ahmed, is a Rohingya. According to what appears to be his Facebook page, Leu is a Zakir Naik enthusiast and a voracious reader of Bangladesh’s Saimum series of books, in which a fictional organization and its leader liberate Palestine from Israel and battle for Islamist causes around the world.

Yet again confirming parts of West Bengal as a busy illegal transit hub for Islamists from Myanmar’s Rakhine province into India. Many of them were apprehended while attempting to pass themselves off as locals or Bangladeshis, their accents revealing their true identities.

Muslim religious leaders began to object to Bengal’s most important cultural festivals, such as Durga Puja and Saraswati Puja. They issued a fatwa prohibiting young girls from participating in sports and much more. Parts of the state have become a narcotics, explosives, and cattle smuggling hotspot.

While Bangladeshi Prime Minister Sheikh Hasina has expelled a significant number of Islamists, Mamata Banerjee’s Bengal government has created a favorable environment for radicals to enter the state, making Murshidabad and Malda specifically the extremist hotspots that are already very sensitive.

There’s one thing about Islamist havens that’s incredibly deceiving. In the beginning, there aren’t many terror attacks or overground political activities. Because evil has a safe location to dwell and breed, the ground shift occurs softly and pleasantly. It’s only a matter of time before the celebrations of festivals devolve into anti-Hindu pogroms fumed by intolerance, and by the time things start oozing out, clearly it’ll be too late.

Is Hijab Row an Attempt to Whitewash Crimes against Innocent Hindus?