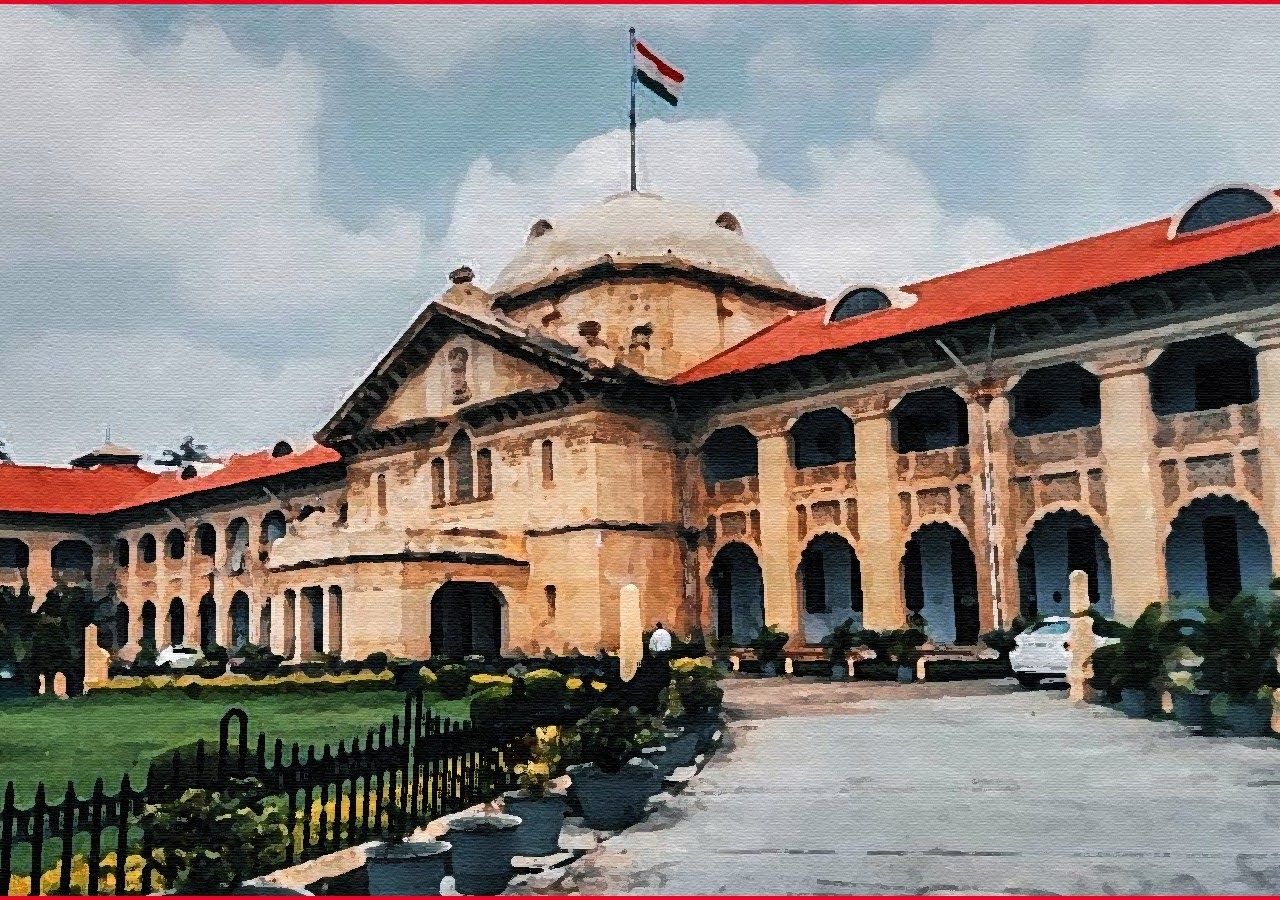 On Friday, the Allahabad High Court refused to reject a FIR filed under the Uttar Pradesh Prevention of Cow Slaughter Legislation, 1955, against seven people charged under Sections 3/5/8 of the act.

The bench of Justice Saroj Yadav and Justice Ramesh Sinha refused to quash the FIR, stating that the impugned FIR revealed a cognizable offence and that the petitioner was implicated in cow slaughter, as evidenced by calf bones discovered near the scene of the incident.

Finally, it was argued that an offence under Section 5 of the U.P. Prevention of Cow Slaughter Act, 1955, was not maintainable, and that the current impugned FIR was filed solely for the purpose of harassing the petitioners with an oblique motive. The Government’s attorney, on the other hand, claimed that the impugned FIR and the petitioners’ involvement in the crime cannot be ruled out because cow bones were discovered at the scene of the occurrence.

As a result, after considering the arguments made by counsel for the parties and reviewing the impugned FIR, the Court concluded that the impugned FIR revealed a cognizable offence against the petitioners and that the cattle bones were discovered near the incident.

As a result, the plea was dismissed by the court.

Recently the Allahabad high court denied bail to a man accused of cow slaughter on Wednesday, stating that the cow should be recognised the national animal and its preservation made a fundamental right of Hindus because when the country’s culture and faith are harmed, the country becomes weak.

In denying bail to Javed of the Sambhal district of Uttar Pradesh, Justice Shekhar Kumar Yadav observed in his 12-page decision that the petitioner had murdered, beheaded, and retained the cow’s meat after stealing it.

“This is not the applicant’s first offence. He had previously committed cow slaughter, which had disrupted societal harmony “The court stated that if the applicant was freed on bail, he would commit the same crime again, causing the society’s environment to be tainted. The court went on to say, in rejecting the bail motion, “Beef eaters do not have exclusive access to this fundamental right.

Rather, people who worship the cow and rely on it for their livelihood have the right to have a meaningful life. The right to live takes precedence over the right to kill, and eating beef will never be deemed a basic right.”

According to the court, “The government would also have to introduce legislation in Parliament declaring cows to be the national animal and enacting stringent penalties for those who advocate killing them.

Laws should be enacted for those who talk about cow protection and build cowsheds, yet do nothing to protect cows. Their sole motivation is to make money under the guise of cow protection.” “Cow protection and promotion are not about any one religion,” the court continued, “but cow is India’s culture, and the effort of maintaining the culture is the responsibility of every individual living in the country, regardless of religion or worship.”

“There are hundreds of incidents in our land where invaders invaded us and made us slaves whenever we forgot our “sanskriti” (culture). Even if we do not wake up today, we must remember the Taliban’s dictatorial invasion and occupation of Afghanistan “According to the court,

“India is the only country in the world where people of all religions coexist, worshipping in different ways but sharing a common vision for the country and respecting each other’s religions. They are respectful of the customs and eating habits of the people. When everyone takes a step forward to unite India and support its faith, certain persons who have no confidence in the country’s interests perform acts that damage the country “Furthermore, the court stated

The court emphasised the significance of the cow, saying, “Not only Hindus have recognised the value of cows; during their reign, Muslim kings also saw the cow as an important aspect of India’s culture. Cow slaughter was forbidden in the sacred festivals of Babur, Humayun, and Akbar. Cow killing had been considered a criminal offence by Mysore’s monarch, Hyder Ali. Three Muslim members of the cow protection committee established by the Uttar Pradesh government in 1953 were committed to a complete ban on cow slaughter.”

Scientists Develop World’s “Whitest Paint” that Could Eliminate the Need for Air Conditioning.