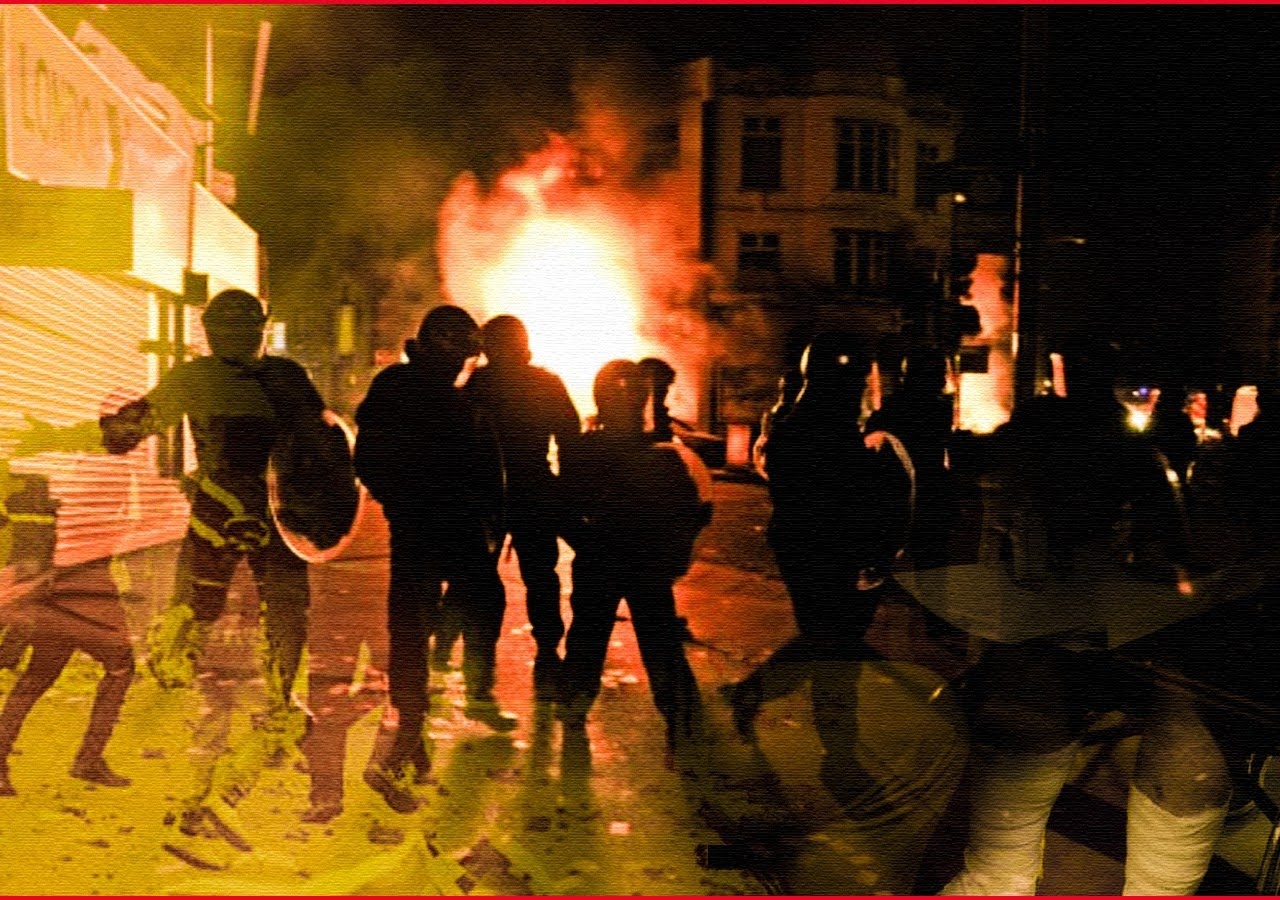 While denying bail to Mohd. Ibrahim in Head Constable Ratan Lal Murder Case, the Delhi High Court noted that the riots in North-East Delhi in February 2020 were not a “spur of the moment”, but rather a “calculated attempt to dislocate the functioning of the Government as well as to disrupt normal life.”

Justice Subramonium Prasad made the observation while passing order linked with the murder of Head Constable Ratan Lal and causing head injuries to a Deputy Commissioner of Police during the North-East Delhi riots that shook the national capital last year. (FIR 60/2020 P.S. Dayal Pur).

“The riots which shook the National Capital of the country in February 2020 evidently did not take place in a spur of the moment, and the conduct of the protestors who are present in the video footage which has been placed on record by the prosecution visibly portrays that it was a calculated attempt to dislocate the functioning of the Government as well as to disrupt the normal life of the people in the city,” the court said.

The court also observed that the systematic disconnection and destruction of the CCTV cameras also confirmed the series of events to be a “pre-planned and pre-mediated” conspiracy which was aimed to disturb law and order in the city.

“This is also evident from the fact that innumerable rioters ruthlessly descended with sticks, dandas, bats etc. upon a hopelessly outnumbered cohort of police officials.”

The court also observed that individual liberty cannot be misused in such a way that it undermines the fabric of society by trying to destabilize it or cause harm to others.

“This Court has previously opined on the importance of personal liberty in a democratic polity, but it is to be categorically noted that individual liberty cannot be misused in a manner that threatens the very fabric of civilised society by attempting to destabilise it and cause hurt to other persons.”

Ibrahim was accused of being seen in numerous CCTV footages wearing a skull cap, black Nehru jacket, and salwar-kurta, and was identified on the camera installed by the Delhi government.

According to the prosecution, there were three films that revealed the assault on the police officers was pre-meditated.

Ibrahim’s bail was denied when the Court determined that, despite the fact that he was not visible at the crime scene, he was a member of the mob since he had purposefully travelled 1.6 kms away from his neighbourhood carrying a sword that could only be used to incite violence and inflict harm.

“In light of this, the footage of the Petitioner with the sword is quite egregious, and is therefore sufficient to keep the Petitioner in custody,” the court said.

The Court had issued the order after reserving it last month. It heard numerous counsels on behalf of the defendants, as well as ASG SV Raju and Special Public Prosecutor Amit Prasad on behalf of the prosecution.

The HC had reserved its decision in 11 bail applications filed by various accused parties in the FIR, but with today’s verdict, all 11 were granted. Shahnawaz and Mohd. Ayyub were recently given bail, while Sadiq and Irshad Ali were denied. Earlier this month, the court granted bail to five accused, namely Mohd. Arif, Shadab Ahmad, Furkan, Suvaleen, and Tabassum.

FIR 60/2020 was registered on the basis of a constable’s statement. The police personnel was on law and order duty with other staff members in the Chand Bagh area on the 24th of February last year.

He further stated that after continuous warnings to the protestors, mild force and gas shells were used in order to disperse the crowd. According to the Constable, violent protesters began assaulting civilians as well as police personnel, because of which he himself sustained injury on his right elbow and hand.

He further claimed that the protestors assaulted DCP Shahdara, ACP Gokulpuri, and Head Constable Rattan Lal, causing them to fall to the ground and suffer serious injuries. All of the injured were transferred to the hospital, where it was discovered that HC Rattan Lal had already succumbed to injuries, while DCP Shahdara was unconscious and had suffered head injuries.

Observations on granting bail to Mohd. Ayyub and Shahnawaz:

While granting bail to Mohd. Ayyub, the court stated that there was no electronic evidence of the claim that he was there at the scene of the purported crime. It went on to say that he couldn’t be held in jail just because of the disclosure statements.

“The fourth chargesheet has already been filed, and trial in the matter is likely to take a long time. This Court is of the opinion that it would not be prudent to keep the Petitioner behind bars for an undefined period of time at this stage. The Petitioner has roots in society, and, therefore, there is no danger of him absconding and fleeing.”

While granting bail to Shahnawaz, the court noted the fundamental right to protest and express dissent. It also opined that the fact that he was part of the protest is not a sufficient reason to deny him bail.

“Merely being one of the organisers of the protest as well as being in touch with others who participated in the protest is also not sufficient enough to justify the contention that the Petitioner was involved in the pre-planning of the alleged incident.”

Observations on denying Bail to Irshad Ali and Sadiq:

While denying bail to Irshad Ali, the court reiterated that he was seen in CCTV footage carrying a danda(stick) and provoking the crowd.

“The clinching evidence that tilts this Court to prolong the incarceration of the Petitioner is his presence in the Vishal Chaudhry video wherein he is clearly identified at the Scene of Crime, using a stick to beat uniformed police officials who are present around him.”

As such, the court determined that the footage of Irshad Ali at the Scene of Crime was quite egregious and hence sufficient to keep him in custody.

Making similar observations while denying bail to Sadiq, the court stated that he was more than just an interested bystander.

“The fact that he actively participated and pelted stones at the Police Officials at the Scene of Crime justifies the invocation of Section 149 IPC read with Section 302 IPC in the instant case.”

In the case of Mohd Arif, the court remarked that the applicability of Section 149 of the IPC, specifically read with Section 302, cannot be done on the basis of vague evidence and broad claims. When there is a crowd engaged, at the juncture of grant or denial of bail, the Court must hesitate before concluding that every participant of the unlawful assembly shares a common intention to achieve the unlawful common object.

“Bail jurisprudence attempts to bridge the gap between the personal liberty of an accused and ensuring social security remains intact. It is the intricate balance between the securing the personal liberty of an individual and ensuring that this liberty does not lead to an eventual disturbance of public order. It is egregious and against the principles enshrined in our Constitution to allow an accused to remain languishing behind bars during the pendency of the trial. Therefore, the Court, while deciding an application for grant of bail, must traverse this intricate path very carefully and thus take multiple factors into consideration before arriving at a reasoned order whereby it grants or rejects bail,” the Court said.

It further stated: “It is the Constitutional duty of the Court to ensure that there is no arbitrary deprivation of personal liberty in the face of excess of State power. Bail is the rule and jail is the exception, and Courts must exercise their jurisdiction to uphold the tenets of personal liberty, subject to rightful regulation of the same by validly enacted legislation. The Supreme Court has time and again held that Courts need to be alive to both ends of the spectrum, i.e. the duty of the Courts to ensure proper enforcement of criminal law, and the duty of the Courts to ensure that the law does not become a tool for targeted harassment.”

“When there is a crowd involved, at the juncture of grant or denial of bail, the Court must hesitate before arriving at the conclusion that every member of the unlawful assembly inhabits a common intention to accomplish the unlawful common object,” it added

While granting bail to Shadab Ahmad and Tabassum, the court was of the opinion that the sole act of protesting should not be used to justify the incarceration of those exercising this right.

Health Minister Asks People To Pray At Home During Puja.

Sonowal Asks Departments to Fill Up the Vacancies.