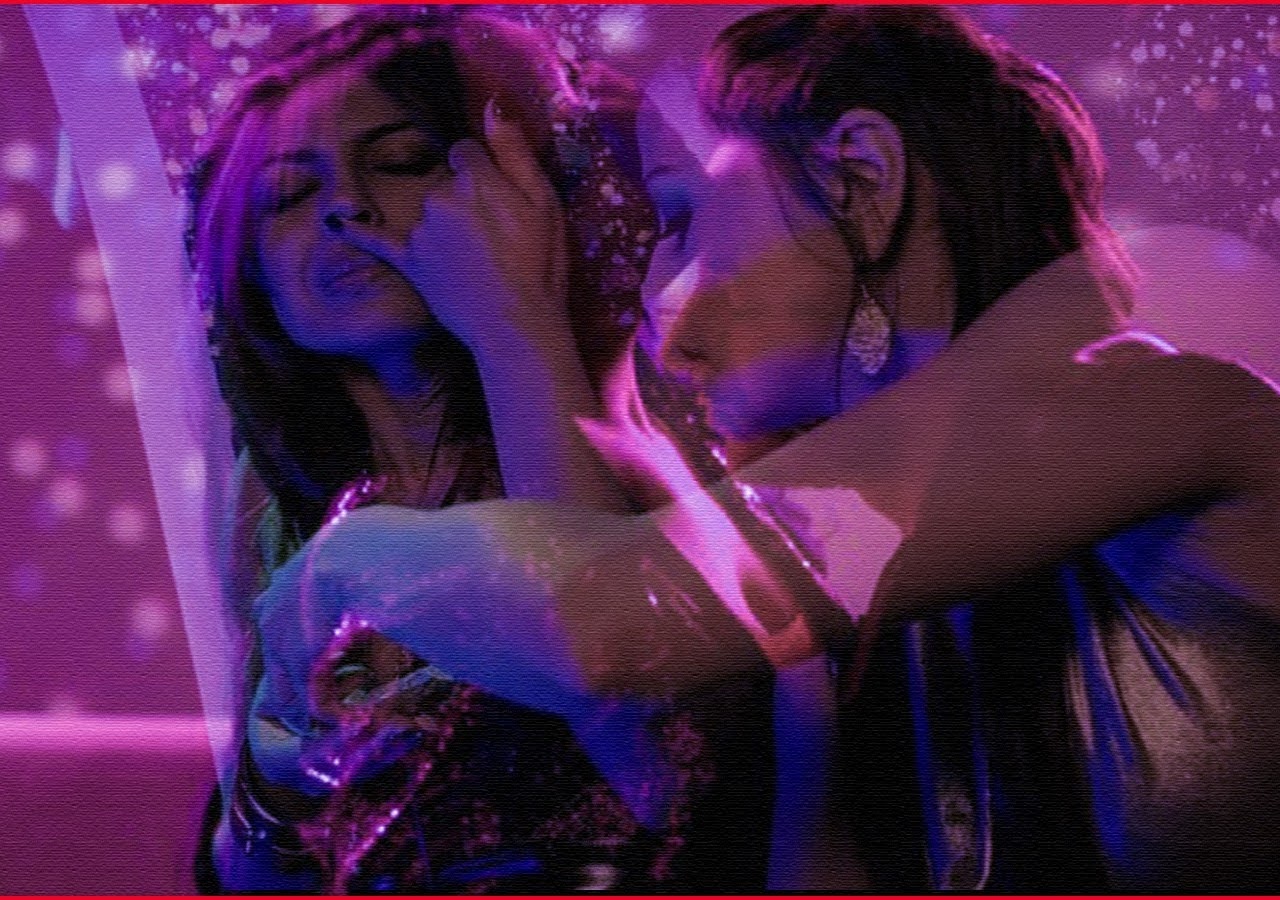 The acceptance of drugs and alcohol among masses, especially youth has rippled through films and music, where addiction is glamourized and romanticised to the point of compulsiveness.

Here are some of the American findings regarding the onslaught of drug and alcohol use in the entertainment industry:

– Every 22 minutes, a drinking scene is shown on television, followed by a smoking scene every 57 minutes and an illicit drug use scene every 112 minutes.

– More than one-third of all drinking scenes on television shows are humorous, while less than one-fourth of them show any negative consequences.

– A typical adolescent is exposed to nearly 85 drug references per day in popular music.

Many studies have shown that movies, television, and music can have a strong influence on the decisions of children and adolescents, as well as adults. Celebrity behaviour has a significant influence on our decisions.

Recent neuroscience research has found that celebrity endorsements activate brain regions involved in positive association, trust building, and memory encoding. In this regard, our sources of entertainment play a significant role in increasing the likelihood that we will engage in substance use. Some of the research findings supporting this influence are as follows:

– Early onset of drinking and binge drinking in adolescents is strongly predicted by exposure to alcohol depictions in movies.

– Marijuana use is associated with increased consumption of popular music.

– Teens who spend time on social media platforms are twice as likely to use marijuana than teens who do not visit these sites.

– According to several studies, celebrities’ actions can have a significant impact on the public’s health decisions.

Today, the media devotes hours after hours and pages after pages to covering celebrity lifestyles and parties. During the Covid-19 pandemic, many celebrities shared photos of themselves vacationing in the Maldives, and once travel restrictions were lifted, the island nation was flooded with young, middle-class Indian tourists.

The rich and famous lifestyles frequently include excessive drinking, illicit drug use, and risky behaviour. The problem with being in the spotlight is that it brings with it a lot of pressure and criticism from others. Not everyone is able to cope successfully, so they turn to drugs or alcohol. According to Substance Abuse and Mental Health Services Administration (SAMHSA), in the arts, entertainment, and recreation industry, 13.7% of people used an illicit drug in the past month.

The entertainment industry’s primary source of drug addiction is not movies. Many artists sing about drug use in their songs, almost as if bragging about it. There are numerous Punjabi and Hindi songs that actually glorify and promote alcohol and drugs among the youth.

It’s no secret that many celebrities have a tendency for drug use. Famous singers, rappers, actors, and other members of the entertainment industry are generally open about their habits, as evidenced by their music and documented social behaviours. We’ve seen it in television shows, movies, music videos, and even their personal social media content. Whether the drug use is obvious or serves a purpose in the plot, both of these factors raise the question: does Bollywood culture glorify drug abuse? The answer is a resounding “Yes”.

When we think of Bollywood or any other entertainment industry, the most common thing  that flashes in front of a common man’s eyes is celebrities with a glamorous lifestyle, money, parties, designer clothes, luxury cars, sex and addiction. Celebrities are frequently seen in social activities such as outings, club appearances, parties, paid vacations, and so on. Drugs and alcohol are two things that are prevalent in all of these outings. Youths, who are easily influenced, are led to believe that:

– Success earns you the right to engage in substance use with proper confidence.

– Celebrities are doing it, so why shouldn’t you?

– Drugs and alcohol aren’t derailing their lives, so they won’t ruin yours.

When Miley Cyrus posts photos of herself on Instagramhash tagging “#drugaddict” and “#alcoholic,” or when Wiz Khalifa and Snoop Dogg constantly post and discuss their marijuana addiction, such content normalises drug abuse.

Drug abuse is a very complex issue and since Bollywood is at the centre of all the media spotlight, it’s critical and wise that celebrities behave responsibly. They are expected to present social conduct which inspires the youth to be creative and filmmakers should make sure that they don’t glamourize or normalise drug abuse.

But, what has been coming in front of us since last two decades is just the opposite of that and in this case the whole nation relies on NCB and the judiciary system. Where one is expected to identify the undergoing misuse of fame, the other is expected to put the culprits behind bars. However, it is pertinent to note here that NCB’s history with Bollywood drug cases itself puts its credibility in question.

The Narcotics Control Bureau (NCB) arrested actor Fardeen Khan from Juhu in May 2001 for allegedly purchasing cocaine. After about ten years, Fardeen was conditionally acquitted by Special Judge G A Sanap of the Narcotics, Drugs, and Substances (NDPS) Court.

However, by that time, the Bollywood hero had lost a lot, thingshe could have gotten if he hadn’t been involved in such a case. He will now make his comeback in Sanjay Gupta’s upcoming film Visfot. However, Fardeen Khan is not the only one who has had to pay a price for her drug addiction or for falling under the radar of the NCB.

Aryan Khan, Shah Rukh Khan’s son, is already having his career jeopardised. Aryan had been assisting his father on the sets of the film Pathan. Many Indians are thinking about his future.

Well, it’s too early to comment on this because of how NCB initially claimed to have evidence of a drug connection in actor Sushant Singh Rajput’s case, after which the agency summoned Bollywood celebrities such as Deepika Padukone, Shraddha Kapoor, Sara Ali Khan, Arjun Rampal, and Rakul Preet Singh for questioning. What was the final outcome? Nobody knows.

Sushant’s girlfriend Rhea Chakraborty, hotelier Kunal Jani, Siddharth Pithani, and alleged drug peddler Hemal Shah, on the other hand, were imprisoned. But what happened to Bollywood’s big fish? NCB didn’t give any explanation to why none of the big celebrities who made headlines were apprehended.

In the case of actor Sushant Singh Rajput, a WhatsApp chat allegedly from NCB that alluded to a drug angle was also leaked and went viral. Words like hash and weed were discovered in the chat and were interpreted to mean hashish and ganja. The NCB also questioned Deepika’s manager, Karishma Prakash, for several hours in this matter. So, what happened next? NCB has never explicitly revealed.

The same thing happened to actor Armaan Kohli. NCB arrested him in August of this year for alleged cocaine possession. NCB claimed that the cocaine seized in the case originates from South America. According to this information, the media was informed that Armaan’s drug case may have international ties.

However, no additional information about any foreign peddler arrested as part of the NCB investigation is publicly available.

Sanjay Dutt, who had an image makeover from Bollywood’s ‘Khalnayak’ to Munnabhai, was arrested drug addiction in 1982. He admitted to being a drug addict for nine years in an interview. He spent 5 months in jail. But what happened to the drug case of Mamta Kulkarni’s? Nobody knows.

Notably, the Thane Police Department was involved in the investigation. However, an order had already been issued to seal Mamta’s three luxurious Mumbai flats, the market value of which was estimated to be around ₹20 crore at the time. This news made headlines as well, but was Mamta Kulkarni arrested in the case? Were her flats sealed or not? The concerned investigating agency has provided no information on the subject.

It is worth noting that drug cases involving Bollywood celebrities make headlines, but the agency investigating these cases never reveals any information about the final outcome. Because the outcomes of cases investigated by the NCB in recent years have not been made public, their credibility is in question.

One of the most important question that roams in our mind is that how much does the drug racket busts contribute in preventing the growing substance abuse. The latest incident involving Aryan Khan only goes to show that high-profile drug busts often make for great headlines. They may not, however, solve the global problem of addiction, in India partially inflamed and promoted by the so called influencers and celebrities of B-town.

For example, in Pune, from 2007, when the first big rave party was busted to 2021, little has changed as drug hauls have increased in tandem with the demand for consumption. The trend in the city over the last few years has been consistent with what is happening nationally.

According to the Hindustan Times’ December 25, 2020 edition, in 2019, Pune police had registered 119 cases, arrested 157 suspects, and seized nearly three crores of narcotics substances which highest in the last 10 years.

In 2020 the figure went down, but that was primarily due to national lockdown. During the year, police registered 41 Narcotic Drugs and Psychotropic Substances (NDPS) cases in which 59 accused (2 Nigerians) were arrested, including the seizure of 150kg ganja, 69gms MD, 112gms charas, and 368gms cocaine worth ₹40 lakh.

If the police actions have increased, so would have been the increased substance abuse. According to the National Crime Record Bureau (NCRB), approximately 59,806 cases were registered in 2020 under the NDPS Act, which was enacted in 1985 during Rajiv Gandhi’s tenure as Prime Minister. There were 10,852 cases from UP alone, with 3,246 total cases for possession of quantities less than the threshold considered to be for personal use.

Taking a look at the conviction rate, we can see that as many as 81% of the 14,340 NDPS cases with completed trials were convicted. This is significantly higher than the rate of other serious crimes. Many experts have previously stated that the problem is that law enforcement agencies have focused more on catching those involved in the supply side. While only a few are apprehended, those involved know what works – and how. This frequently leads to the trade flourishing as demand grows despite societal moral qualms.

According to the Institute of Behaviour and Health in the USA, “Supply reduction is an effective tool for demand reduction because when drugs cost more and are more difficult to obtain there are fewer drug users and less demand for illegal drugs. Demand reduction is also an effective tool in supply reduction because when the number of drug users falls, drug supply falls correspondingly as the market for illegal drugs shrinks. Linking these complementary approaches maximises the impact of the national strategy on illegal drug use by attacking the drug economy from both sides.”

So, if law enforcement in India wants to control drug misuse, they must employ a dual strategy that addresses both supply and demand.