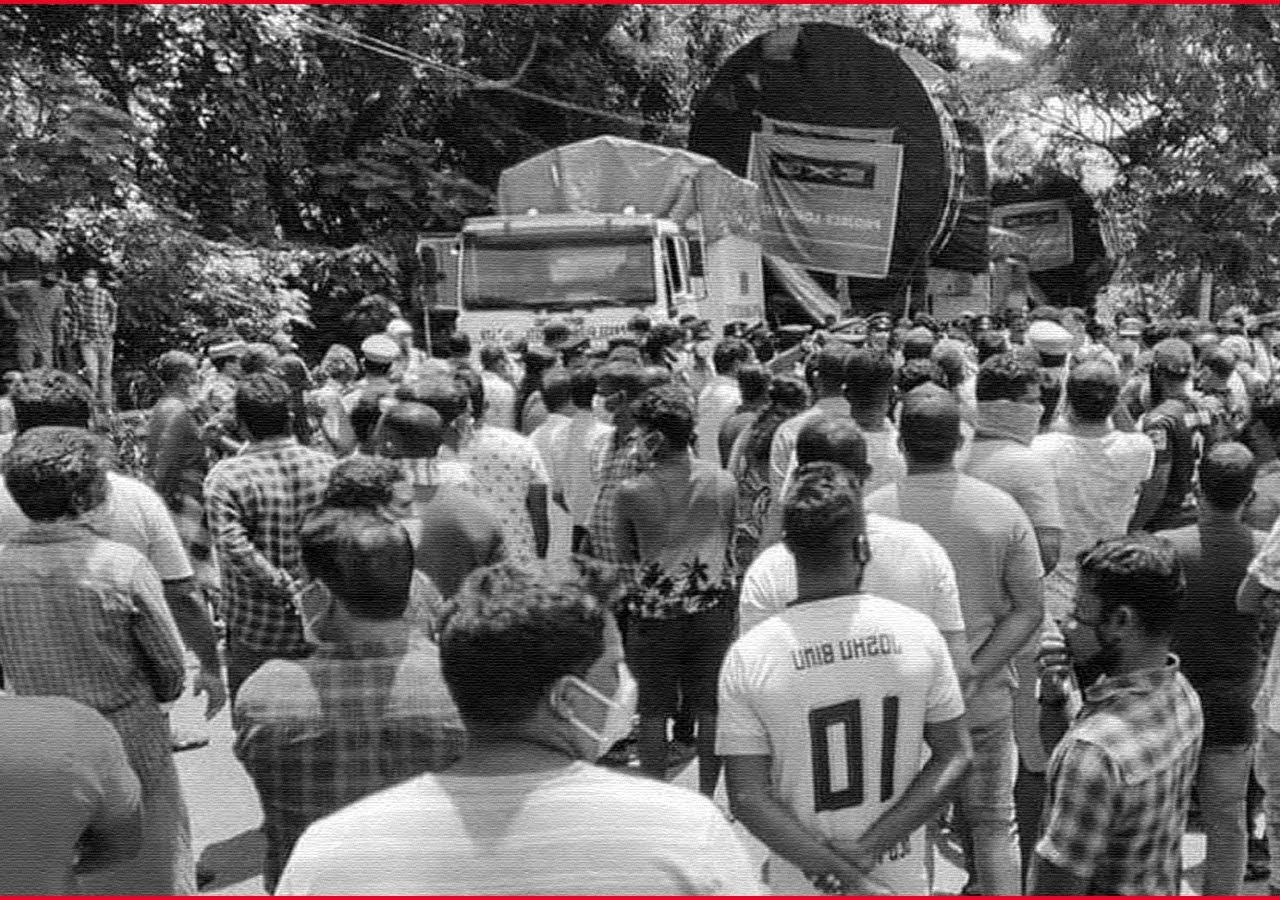 As if the disgrace of industries fleeing, rampant gold smuggling and spiralling new Covid-19 cases was not enough, the trade union members in Kerala on Sunday (5 September 2021) demanded an amount of ₹10 lakhs from an Indian Space Research Organisation (ISRO) truck to let it pass.

A truck carrying heavy machinery on its way to the ISRO’s Vikram Sarabhai Space Centre (VSSC) was reportedly blocked by a group of workers in Thiruvananthapuram who demanding “gawking charge.”

According to ISRO employee Rajeswari, the package was so heavy that it couldn’t be offloaded by means of using hydraulic systems. Despite this, she stated, the people demanded money for letting the cargo in.

The vehicle was stranded for more than four hours as the local goons from trade unions demanded a hefty ransom to allow it enter the VSSC facility at Thumba. The situation was resolved with the intervention of the office of the Chief Minister Pinarayi Vijayan, labour minister V Sivankutty and police officers, including the Commissioner of the Thumba Police Station.

The truck was carrying some heavy equipment for the ISRO centre.

Interestingly, the behaviour of the local goons seemed normalised in the state of Kerala as the truck was permitted to pass only after multiple rounds of negotiations, talks and protests.

A labour ministry official assured that any union officials who were responsible for the provocation of union workers and locals would face severe consequences.

Interestingly, the incident occurred just days after the Kerala High Court slammed the government of Kerala for failing to restrict the practice of “gawking charge” despite a ban on the practice.

“I find that complaints relating to demand for gawking charges have been coming before this Court on a regular basis. This is surprising because I am aware that the Government has already issued an order banning such demand from any Trade Union. Nokkukooli is tarnishing the image and spreading misconceptions about the State,” Justice Devan Ramachandran said.

The Court now called for the effective implementation of the ban on the practice of ‘gawking charges’ which was already enforced in the year 2018. The practice was largely followed even amidst the pandemic last year.

According to sources, the CPI (M)-controlled Centre of Indian Trade Unions (CITU) is the most prominent among the trade unions that use their goons to demand this “gawking charge.”

‘Gawking charge’ or ‘Nokkukooli’ is to a common practice in Kerala where organised labour unions extort money from people in exchange for allowing them to load and unload their belongings.

It essentially means charging money for “gawking” at people loading or unloading cargo. The practice has created a lot of nuisance to common people, high profile individuals and businesses. From shifting houses to transporting goods or cargo materials for marriage to business shipments or even construction, everyone has had to pay a huge amount of money for Nokkukooli to registered trade unions, whose members just come to “gawk”.

In a sad state of affairs, the lower-middle-class families mostly rely on local labourers and auto-rickshaw drivers to transport their household items from one place to another in order to avoid and escape the extortion by the labour unions.This practice is essentially an organised extortion by trade unions and local Leftist goons in the communist-ruled state.

Why did Tina Tchen, the CEO of Time’s Up, quit amid the Andrew Cuomo scandal?