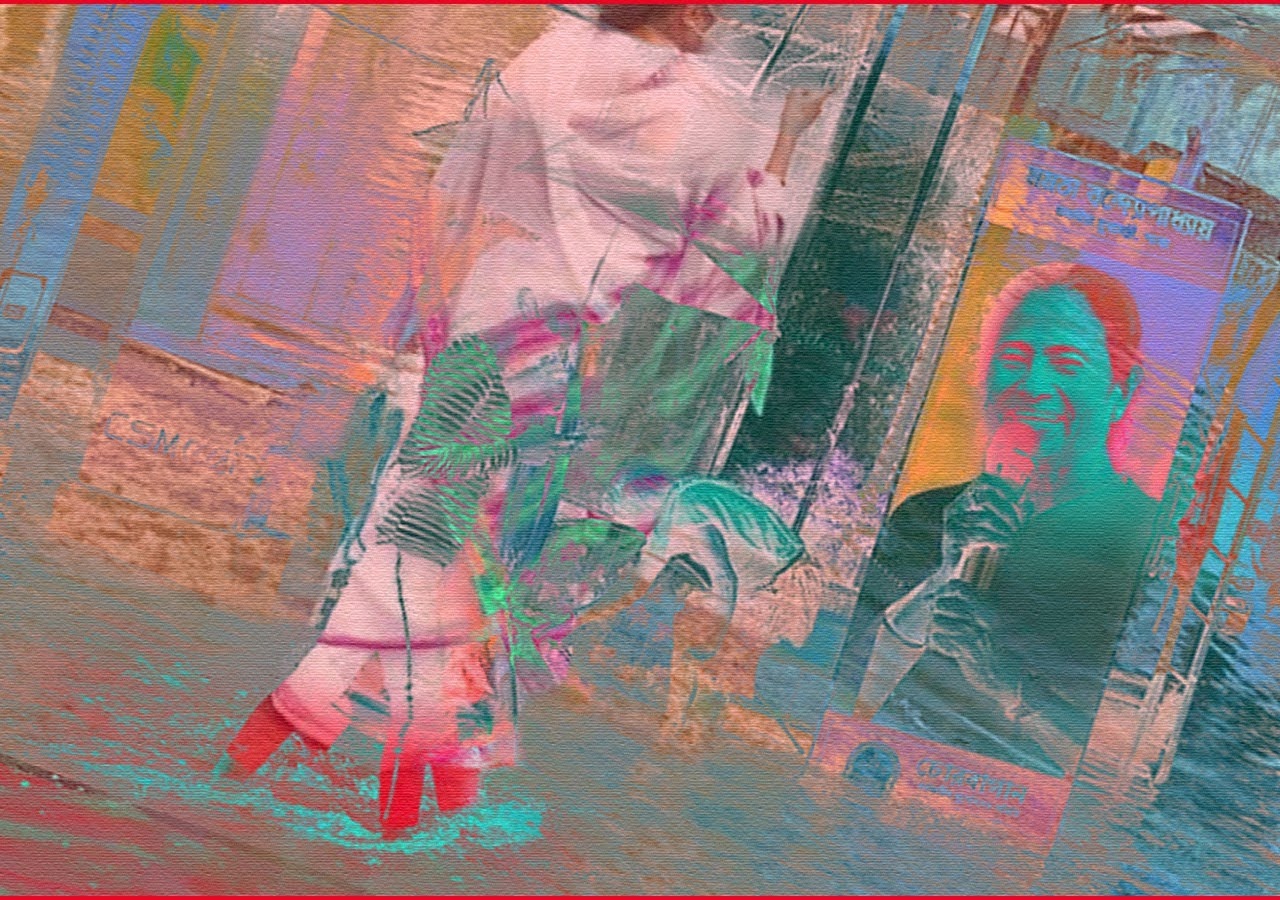 Even though the torrential rains have ended in Kolkata, areas of the city remain flooded as a result of the city’s highest September rainfall in over a decade. Social media was overwhelmed with images and visuals under the hashtag “West Bengal Floods”. While most residents are still concerned about the flooding, a handful have sought to find some solace by catching fish in the flooded areas!

A popular video shows a few New Town residents casting nets on the main thoroughfare. They actually got some big fish, including Katla, much to everyone’s astonishment (Carp).

A local resident, Piu Mondol, shared the bizarre encounter on Facebook, showing a man standing on the pavement scooping out a large load of fish. According to her post, she first observed fish in the flooded street on Tuesday evening, just as other neighbours were getting enthusiastic and casting their nets.

Mondol claimed they grabbed roughly 15kg of fish from the flooded area between Karigori Bhawan and Axis Mall, admitting it was the first time she had seen anything like it. She went on to say that they fished till 4 a.m.

Locals say the fish got into the streets when rainfall caused water in surrounding ponds to overflow. The next day, Mondol told local media, massive quantities of fresh fish were distributed among the residents of the area.

The current situation in West Bengal.

Despite the state, prepared to host the much-anticipated Durga Puja celebration in the coming month, West Bengal has been receiving severe rainfall since the beginning of the week. According to the MeT department’s latest estimates, a relief from the downpour may not be on the way anytime soon. The India Meteorological Department (IMD) forecasted further rain this week, which could last in parts of south Bengal, including Kolkata, where some low-lying areas and city streets are still flooded as a result of the relentless rains over the past few days.

Thunderstorms with lightning and being seen hitting all districts of south Bengal, with the coastal South 24 Parganas, Purba Medinipur, and its neighbouring Paschim Medinipur has been worst affected. The cyclonic formation might intensify over the area, perhaps bringing torrential rain during the weekend. On Sunday, the state’s coastal areas, particularly the districts of South 24 Parganas and Midnapore, may see an upsurge in rainfall.

The storm circulation and associated low-pressure region are still present, according to the IMD; the formation accumulated across the southern sections of the Gangetic Bengal and neighbouring Odisha, and extended up to 5.8 kilometres above mean sea level. According to sources citing meteorological experts at the Alipore MeT department, there is also a chance that the cyclonic development would change direction from Odisha, sparing Bengal from more rainfall.

According to the MeT department, Kolkata received 142mm of rain in 24 hours until 8.30 a.m. on Monday, the most in a single day in September since 2007. Waterlogging in the metropolis and nearby areas, including Salt Lake and New Town, caused by severe rain for several hours since early Monday thrown life into disarray, with residents confined at home and those outside having a difficult time getting to their goals. Sonarpur, Baruipur, Midnapore, and Haldia all saw similar spectacles.

Our correspondent who travelled through 24 Parganas district during 24-28 September reported – “Many masjids and mandirs in the Barisha-Budge Budge line are still under water. People’s livelihoods have been struck very badly and that too in the midst of the Covid19 Pandemic and on top of that with the West Bengal government’s dismal handling of both situations. Minister Firhad Hakim has said that these waters are coming from Uttarakhand, which is a foolish statement by any standards.

The incumbent Chief Minister Mamata Bandyopadhyay has been asking people to vote for her come rain or shine, which is plainly stupid in the face of such situations, and inhumane too. The CM is on record to have even exhorted her voters in Bhowanipore, where she has contested a controversial by election on 30th September to vote for her even if there are rains and floods.”

The city of Kolkata itself is in dire straits during the West Bengal Floods. The area of Bhowanipore where the CM contested her by elections on 30th September was seen to be partially flooded in areas. In several places, sewers and sewage tanks have ruptured, causing faecal matter to spew all over the streets and pavements, besides getting into low lying houses and tenements.