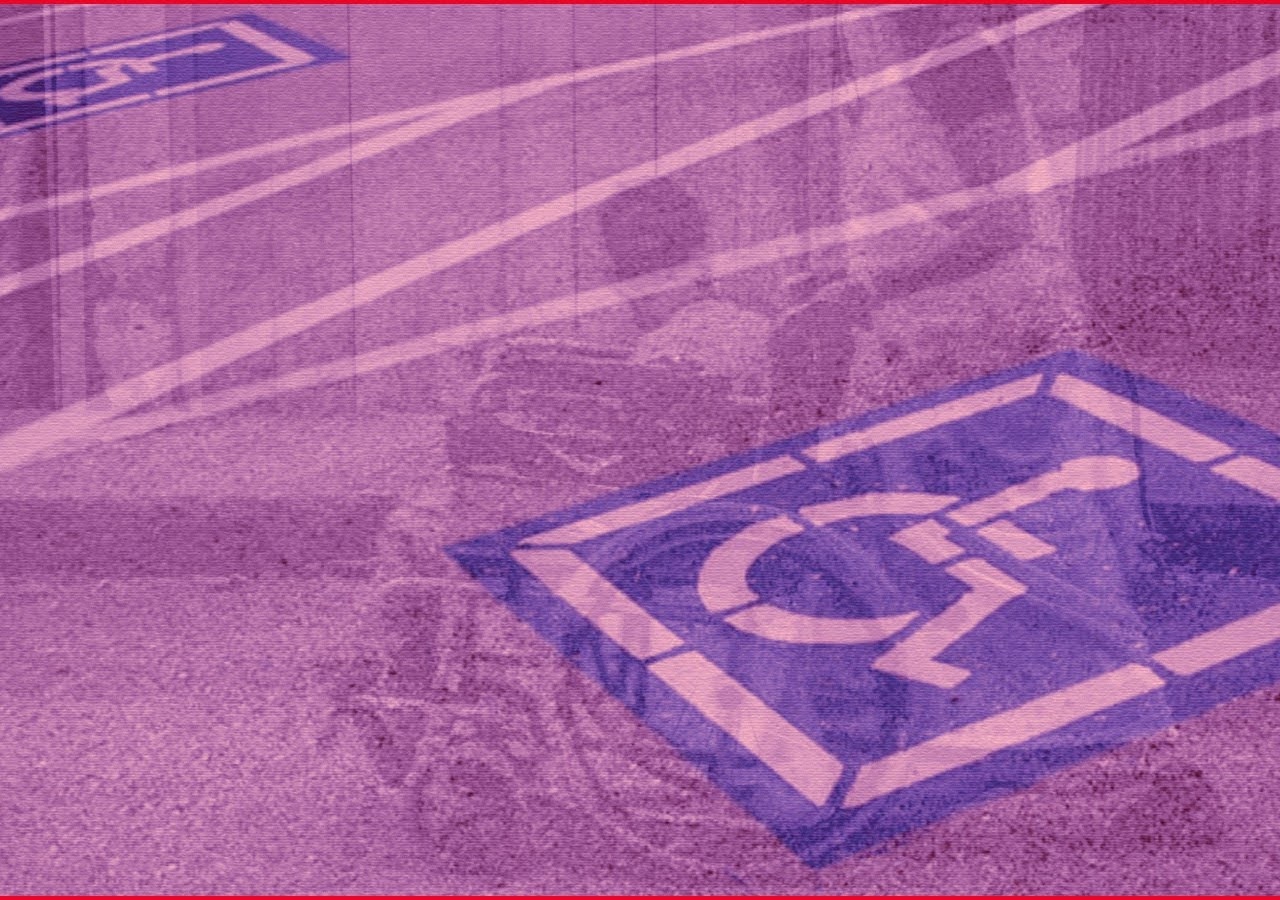 The Madras High Court on Monday (13 September 2021) directed the Tamil Nadu government to ensure that all new as well as existing public buildings comply with the Harmonised Guidelines and Space Standards for Barrier-Free Built Environment for Persons with Disability and Elderly Persons issued by the Union Ministry of Urban Development in 2016.

The Division Bench of Chief Justice Sanjib Banerjee and Justice P.D. Audikesavalu ordered that the public buildings must be made differently abled-friendly within a year failing which government officials concerned might be proceeded against.

“Measures adopted by the State for making all public buildings accessible by persons with disabilities should be put in place within a year from date, failing which the office-bearers in the appropriate department of the State may be proceeded against,” the court directed.

The orders were passed on a public interest litigation (PIL) filed by visually challenged advocate M. Karpagam through her counsel R. Prabhakaran.

The bench recorded the submission of State Government Pleader P. Muthukumar that the harmonised guidelines, for making public buildings accessible for disabled as well as the elderly people, were issued by the Central government following a statutory obligation cast upon the government under the Rights of Persons with Disabilities Act, 2016.

The Act required all existing as well as new public buildings to be made completely disabled-friendly within five years from the date when the law would become effective. Since the law came into force only on April 19, 2017, the deadline would come to an end on June 15, 2022, the SGP stated assuring the court that steps were afoot to adhere to the deadline.

Only 54% public buildings in Tamil Nadu are disabled-friendly:

The Director for the Welfare of the Differently Abled Johny Tom Varghese has informed the Madras High Court that of the 49,550 public buildings in the state of Tamil Nadu, only 26,769 had ramps and hand-rails at the main entrance. Further, only 21,063 public building had accessible vehicle parking space and just 13,035 had been provided with accessible staircase.

The Division Bench was informed that data collected from government departments as well as the State-run universities revealed that 24,060 public buildings alone had drinking water facilities accessible to the disabled and only 22,339 had the disabled-friendly toilets. Though 40,476 buildings had doors that could be swiftly accessed by the disabled, only 1,209 had elevators with braille numbers on the control panel. A small number of 1,470 buildings had tactile floors and 2,362 buildings had been provided with signage, read a status report filed before the first Division Bench.

The report stated that the Police Department had claimed that all its 839 buildings had ramps, hand-rails, parking space, accessible staircase and drinking water facilities.

Mr. Vergese said that some departments and institutions like Anna University were to provide the data and steps were afoot for the collection of responses from all public offices. Currently, the PWD maintains around 45,782 government buildings, the court was informed. Of those, only 23,856 had ramps and hand-rails; 18,024 had accessible parking space; 10,376 had accessible staircase; 36,031 had accessible doors; 21,064 had drinking water facilities; 333 had Braille raised number on elevator control panels; 20,130 had the disabled-friendly toilets; 934 had tactile floors; and 1,522 had signage.

The Director said that he had issued a notice suo motu to the PWD on August 19 and received a reply on August 31 underlining the practical difficulties faced by it in retrofitting buildings that were constructed before the year 2017. The PWD had said that provision of accessible ramps and toilets with sliding doors would destabilize the old buildings. “In some buildings, the 1:12 ratio for construction of ramps cannot be satisfied, leading to the construction of steep and narrow ramps, which are difficult for the disabled to use,” the report read. It, however, stated that 85.3 per cent buildings constructed after 2017 had accessible toilets, 89.5 per cent had ramps and 88 per cent had accessible doors.

In a nutshell, Mr. Varghese said, 54 per cent of the public buildings are disabled-friendly and about 45 per cent of the buildings constructed before 2017 had been retrofitted with the toilets accessible by differently abled. In buildings where retrofitting was not possible, officials had been asked to cater to the needs of the disabled at the entry point.

The need for construction of disabled-friendly buildings in India:

According to a World Bank report, one in every 12 households in India has one differently-abled person. However, many public and private construction practices in the country are not facilitative for the people with special need. By keeping this particular section of people away from actively participating in the active workforce, the country is losing on precious human capital.

At a headcount of around 90 million, India has one of the largest numbers of disabled people. In order to cater to this large section of the population, the real-estate developers of India should increasingly employ disabled-friendly construction practices. Apart from this, the vision of inclusive India can only be realised when both public and private buildings are 100% disabled-friendly.

Non-availability of lifts: Numerous buildings in India still lack the facilities of lifts. Absence of such facilities severely obstructs the mobility of wheelchair-bound people or people with callipers.

Absence of ramps: This is a common mobility impediment faced by disabled people.Even the public buildings and most important infrastructures such as hospitals, schools, post offices and banks, do not have the provision of ramps.

No tactile pavings: There is a special need for tactile paving in buildings for blind citizens. It enables them to move around without causing harm to themselves. In terms of installing tactile paving in residential, commercial, and public structures, India falls far behind.

Side rails: Side rails are required in the construction of stairwells for those with mobility issues or disabled people who require mobility assistance. The lack of side rails makes it difficult to navigate quickly and raises the danger of injury.

Absence of engraved/braille signages: Engraved signage is vital for persons with special needs to move around buildings because it helps them locate a location or read an important instruction.

Despite the sluggish pace of incorporation of disabled-friendly infrastructure, the policymakers of India are taking measures to mainstream such construction methodologies.

According to the revised code, disabled as well as elderly people will be provided with tricycles and other desired assistance as per their need. They will be provided parking space near the main entrance of a building among other measures.

Rights of Persons with Disabilities Act, 2016: This Act, as we discussed earlier, has tried to address the issues generally faced by disabled people. It specifically addresses issues such as access to public and private buildings, public utilities, workplaces, religious and recreational spaces and infrastructure.

Smart cities mission: The smart cities mission has taken cognisance of the differently abled people and incorporated the best practices to solve the problems faced by the section. The objectives of the mission regarding the persons with disabilities are –

Accessible India (Sugamya Bharat Abhiyan): This campaign was launched in the year 2015, with an objective to make public administrative buildings and transportation accessible for persons with disability. The initiative is also in line with the United Nations Convention on Rights of Persons with Disabilities, of which India is a signatory.

Technology at the rescue: In a one-of-its-kind initiative, the Maharashtra government has launched an app named ‘Accessible Places’ with the view to help the persons with disabilities. It uses Google maps for easing the movement of users.

With A Slew of Military Collabs, India Is Fast Becoming A Warrior Nation.

‘Dismantling’ Hindutva Is Hinduphobia, Hinduism/Hindutva Are One And Same.

When Were The Most Popular Sports In The World First Played?