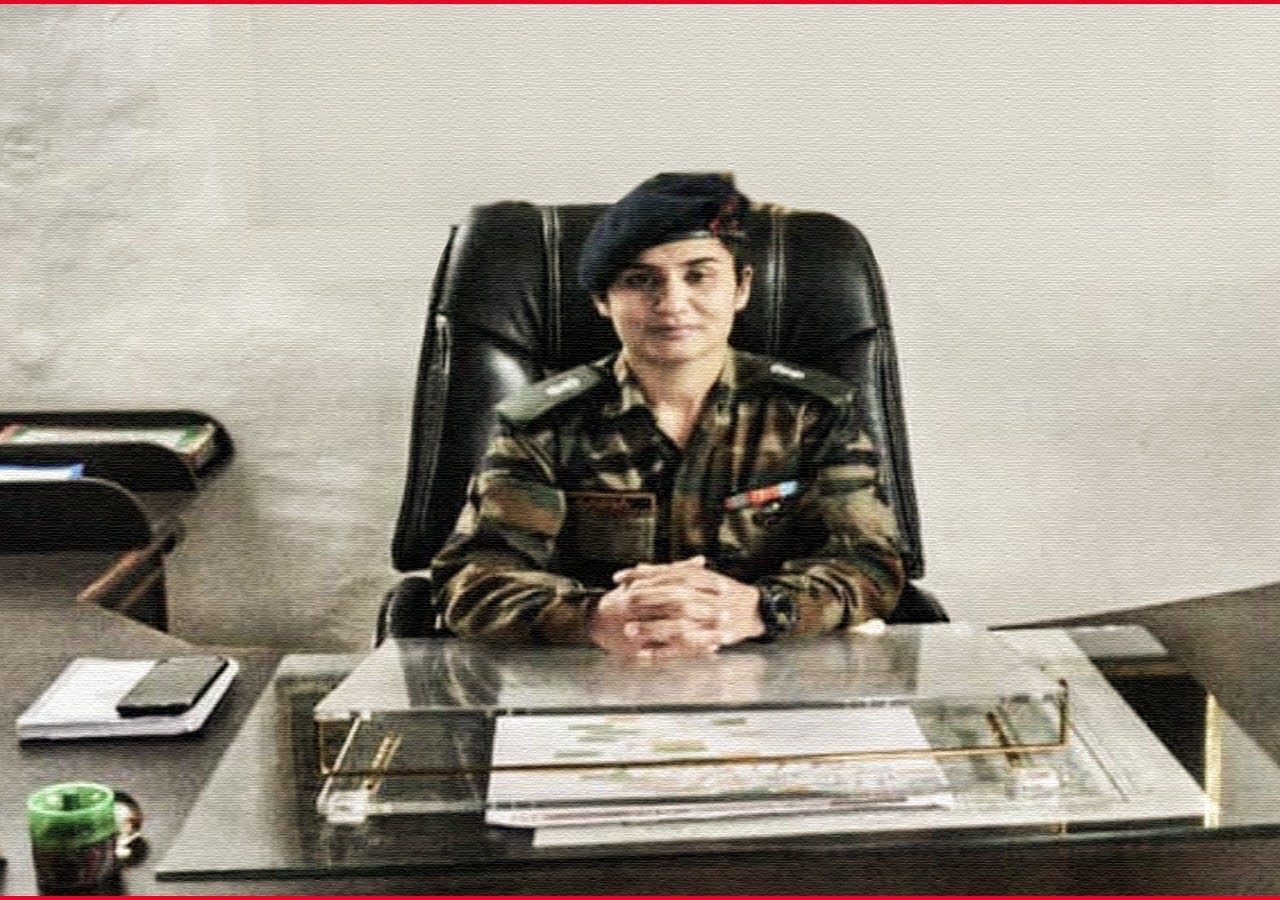 Major Aina Rana has become the first female Indian Army officer to lead a Road Construction Company (RCC) under the Border Roads Organisation (BRO). The female officer has been assigned the responsibility of road connectivity to the Indo-China border in the challenging Himalayan region. Major Aina Rana is originally a resident of Pathankot in Punjab. She has joined the Border Roads Organisation after serving in the Indian Army for a period of 5 years.

This decision of assigning significant role to women is being seen as BRO’s commitment towards the emancipation, empowerment and advancement of women.

The BRO is a road construction executive force in India that assists the Indian Armed Forces and is a part of them. The organisation develops and maintains road network in India’s border areas and friendly neighbouring countries.This includes infrastructure operations in a total of 19 states and three union territories along with neighbouring countries such as Afghanistan, Bhutan, Myanmar, Tajikistan and Sri Lanka.

Earlier in April this year, a road construction company was commanded by Vaishali S Hivase, a resident of the Wardha district of Maharashtra. She was the first female commanding officer of the BRO to be assigned to the station.

Road construction on the northern and north-eastern borders:

The Border Roads Organization (BRO) is focusing its efforts on the northern and north-eastern borders simultaneously. The organization is concentrating and working on Construction Plan (LTRoWP) for the overall development of roads in the border areas. The construction work is underway for long-term-role building (reforms) over five years (2018-23). The length of 272 roads that are to be built under it is 14,269.31 km. In addition to this, 4 bridges will also be constructed.

Border Roads Organisation (BRO) was established on 7 May 1960 during the tenure of India’s first Prime Minister, Pt. Jawaharlal Nehru. The primary goal of forming this organisation was to establish a basic infrastructure in areas along the border of India and in distant locations where resources were few, so that the Indian Army could reach there and keep the areas safe.

The Supreme Court of India has recently allowed induction of women in the National Defence Academy (NDA) for permanent commission and described its decision as “historic”.It admonished the government as well as the armed forces for not doing enough since its previous order, highlighting that equality is a constitutional guarantee that cannot be denied on the basis of gender.

In the year 2018, the then chief army staff, Bipin Rawat, had asserted that women soldiers were not serving in frontline positions because “a women would feel uncomfortable at the frontline.” He also stated that maternity leave was an issue and that India was not ready to accept “body bags of women” killed in combat, further saying that women needed to be “cocooned” from the eyes of subordinate soldiers. Rawat’s remarks sparked considerable amount of outrage and were shrugged off by women officers.

Historically, although the Indian Military Nursing Service was established in 1888, it was only in the year 1992 that the Indian Army allowed women to serve for five year via the ‘Special Entry Scheme’, which was later converted into Short Service Commission. It is worth noting what has been achieved in the 29 years since. Women have worked as doctors, nurses, engineering, signallers, administrators, lawyers and a lot more. They have treated army men on battlefields, handled explosives and detonators, detected and removed mines, and laid communication lines. By the year 2008, permanent commission was extended to women in Judge Advocate General and Army Education Corps.

In early 2020, the Supreme Court urged to the Centre to consider lifting the military’s ban on women in combat roles: “test them (women officers) on the same footing as men. Don’t exclude them as a class. Change of mindset is required.” The government’s claim – that women officers have certain psychological limitations – was dismissed by the apex court as being based on “sex stereotypes” and “gender discrimination against women.” Permanent commissions have now been granted to women in all ten branches where they have been inducted.Women were barred command positions due on the grounds that the male-dominated rank and file tend to have problems with women commanding officers.All of that is about to change, as female officers are now eligible for all command positions on par with male officers. However, they are yet to be inducted into combat arms such as the infantry and the armoured corps.

In early 2021, the Indian navy deployed four female officers on warships. INS Vikramadiya, the only aircraft carrier of India, and INS Shakti, the fleet tanker, have been assigned their first women crew. In May 2021, the army inducted the first batch of 83 women into the corps of Military Police. The batch has joined the military in the non-cadre officer – a very rare first.

Still, figures don’t lie. The armed forces in India are pathetically gender disparate. The government, on the other side, is hesitant towards assuring the real reason behind the shrinking men to women ration in the armed forces. A total of 9,118 are serving in the defence forces. The army has 12,18,036 men against 6,807 women forming 0.56%; the air force has 1,46,727 men against 1,607 women constituting 1.08%; and the navy has 704 women which roughly amounts to 6.5% of the force. Although breach of privacy and lack of protection covers a big portion of the problems faced by women in India but the numbers are way too less to consider that the government’s concept of women empowerment is not a pipe dream.

Prime Minister Narendra Modi during his Independence Day speech announced that Sainik schools will now admit girls. Despite the armed forces being on high alert because of the increasing border tensions, three services chiefs made a hasty visit to the NDA on August 21, in order to assess facilities needed for training female cadets.

Despite all these, there are still many questions that beg answers. Why have the armed forces of India not been made ready to accept female cadets during these 29 years? Could military or Sainik schools have been turned into co-education facilities with gender parity, just like the National Cadet Corps (NCC), in 1992, or earlier? Could the then army officers as well as the then Congress government have gradually sensitised the armed forces, its soldiers and worked at eliminating the patriarchal mindset from November 1, 1958 when the first female doctor was inducted into the Indian army? Could female commandos have been properly trained and all-women battalions be created, thus making them ready to be integrated into frontline divisions?

The armed forces has always been proud of being fair and secular. As per their analogy of equality, the inclusion, respect and protection of women who prove themselves in combat cannot be an insurmountable task. In deference to the Supreme Court orders, the Indian armed forces will go through thorough changes the initiation of which is amply shown to us by means of the cases with Major Aina Rana and Vaishali H Hivase. The responsibility of radical change to a patriarchal society lies mainly with the political leadership. This legal directive will undoubtedly prove to be a game changer for the future of India.

The Indian e-Commerce Boom Is Real. Here’s How.

With A Slew of Military Collabs, India Is Fast Becoming A Warrior Nation.