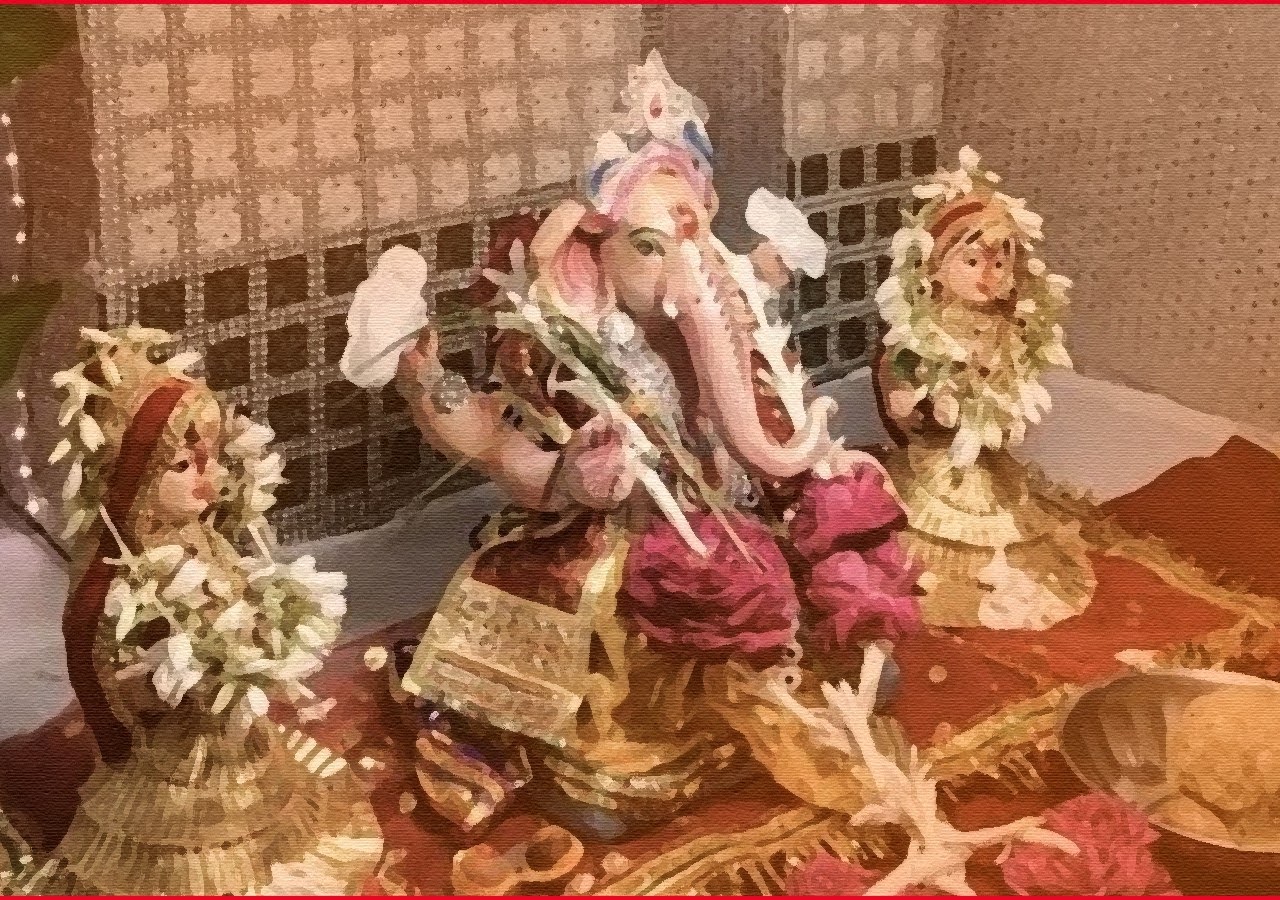 Every year, on the occasion of Ganesha Chaturthi, people all around the country make idols of Lord Ganesha with distinctive themes to spread awareness about any significant social issue. Similarly, this year a Non-Government Organisation (NGO) in Madhya Pradesh’s Mhow town has made an idol of Lord Ganesha holding sanitary napkins in his hands in order to raise awareness about the importance of menstrual hygiene.

The NGO named ‘Aniwarya’, which works to promote awareness on menstrual hygiene and distributes sanitary pads all across the country has tried depicting Lord Ganesha in the form of a responsible husband who is supporting menstrual hygiene by holding sanitary napkins in both hands. The NGO has installed the Ganesh idol in its office in Mhow.

In compliance with the theme, Goddess Riddhi and Goddess Siddhi have also been accordingly placed on both sides of Lord Ganesha’s idol.

“After movie Bahubali hit theatres, the Lord had appeared in Bahubaliavtaar on Ganesha festival, so I thought why can’t he take this message forward on menstrual hygiene,” said Ankit Bagdi, a young author who founded ‘Aniwarya’. He has distributed nealy 20 lakh pads since April 2020 using his personal savings.

“We are celebrating ‘Azadi Ka Amrit Mahotsav’, so I thought why not devote the festival theme on women’s freedom to menstrual hassles,” he said, adding that response to the subject on social media has been positive so far.

Kerala Bishop Calls Out “Jihad” In The Name of Narcotics And “Love”.

Facebook to Introduce Major Changes in its Page Design.

Oldest Known Cave Painting Discovered in a Cave of Indonesia.