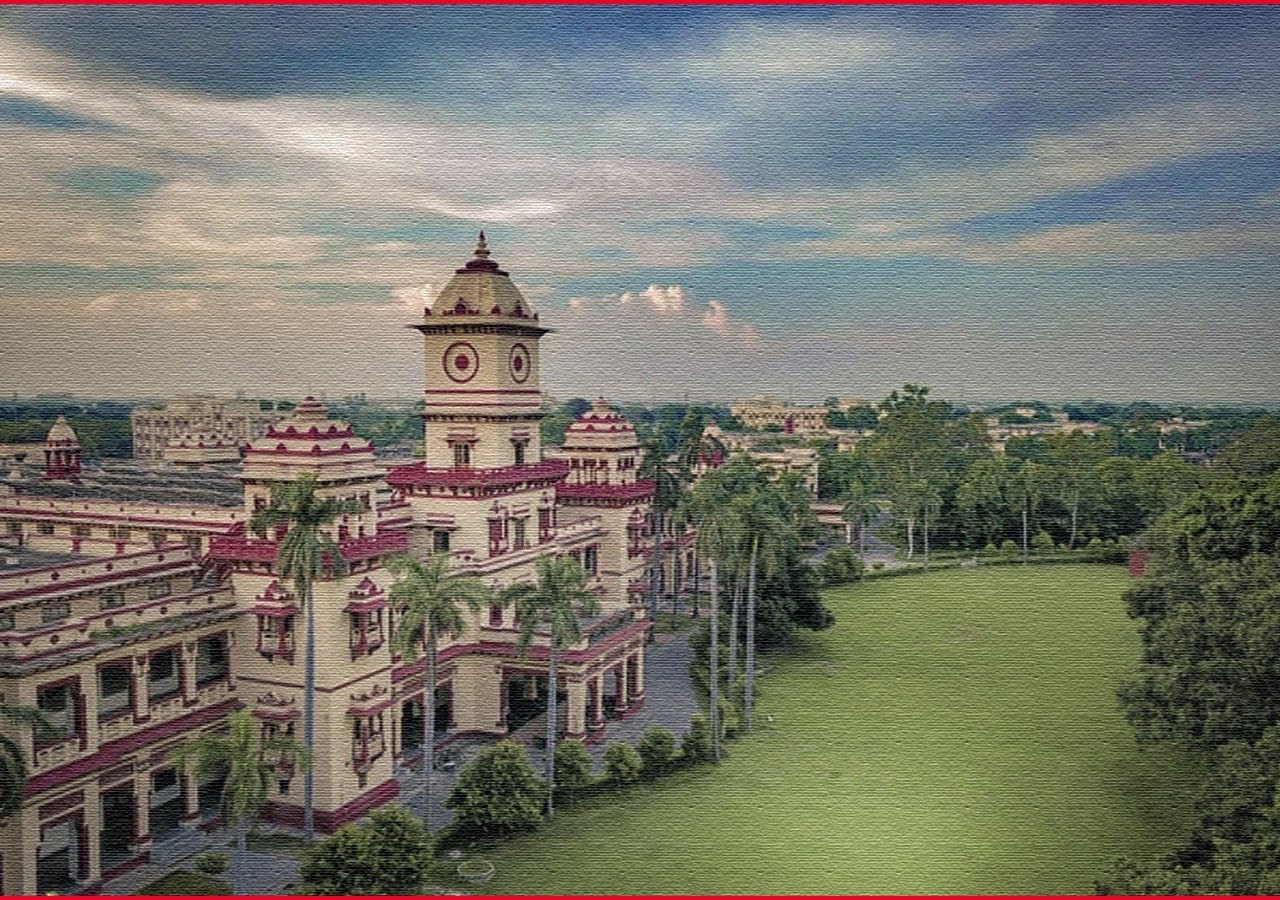 According to officials familiar with the development, students will study the concept of women in the military, the creation and implementation of war strategy, the formation of soldiers, and the art of wars and their formats as part of Banaras Hindu University’s (BHU) newly introduced postgraduate programme.

This year’s inaugural batch of students for the MA in “Hindu Studies” will number 40. The programme is the result of a collaboration between various BHU departments, including philosophy and religion, Sanskrit, ancient history, culture, and archaeology, and the Bharat Adhyayan Kendra (BAK), which is part of the university’s Arts faculty.

Officials claim it will be the country’s first full-fledged master’s programme in Hindu studies. They said that the purpose of including “military” in the programme is to “uncover” allusions to “defence studies” in Vedic literature in order to address India’s current problems.

According to an official document, there are four units focusing on topics such as “definitions of enemies and allies,” “ways to mitigate enemies and promote allies,” “idea of women military,” “construction of camp and fort,” “right time and place of way to war,” and “making of war strategy and its implementation” under one of the papers titled “Indian military, science and strategy.”

“We have allusions of military sciences and military strategies in vedic literature that are not brought into knowledge and practise as of now,” a senior university official explained why such a paper should be included in the ‘Hindu Studies’ programme. The students must study Hindu military science and strategy as part of their curriculum. The students will study two major works in this programme: Vasistha’s “Dhanurveda Samhita” and Vaishampayan’s “Neeti Prakashika,” both in Sanskrit, that exclusively deal with military strategy and about which no one is aware.”

“In terms of establishing national security plans, the information and ideals reflected in these books are extremely essential. They do not discuss tactics for dealing with the country’s external foes; instead, they focus solely on the internal components that threaten the country’s security. Many countries, like China, are making use of their ancient military knowledge in the modern era. On the condition of anonymity, the official said, “India needs to develop in that direction as well.”

“We have a long history of women participating in the military,” the official stated when asked about the introduction of the issue on “women military.” Rani Ahilyabai Holkar and Rani Laxmibai, for example. Both of them have fought on battlefields. Women are now serving in our armed forces. The origins of the concept of women in the military should be known by students.”

The main papers, for example, are based on the Ramayana, Mahabharata, puranas, dharma, karma, western discourse analysis tools, and Sanskrit knowledge.

Vijay Bahadur Singh, dean of the arts faculty, said there was a need for “expertise” in “Hindu Studies.” “Due to India’s growing growth as a global economic, military, technological, and cultural power, and the resulting increased interest in Hindus and their civilisation, such a demand would only expand over time. Unfortunately, no university in India provides such a course. He stated, “This initiative will fill that void.”

BHU has been receiving inquiries about the programme from international students and non-resident Indians, according to Singh. “This course has piqued the curiosity of people from all over the world who want to learn more about Hindus and their civilisation. “A big proportion of these inquiries come from NRIs who are eager to stay connected to their roots and learn more,” he explained.

The curious case of the women warriors of Sinauli.

In today’s India, we are deeply immersed in debates about feminism, gender equality, and women’s empowerment in all aspects of society. In a recent ruling on awarding permanent commission to women in the Indian army, the Supreme Court of India noted that “the structures of our society have been constructed by males and for males.” Our women are still proving their ability to fight with men in the twenty-first century, when we call ourselves a contemporary civilization that the world has never seen before.

In the Ganga-Yamuna doab region between 2100 and 1900 BCE, there was a class of warrior women who were no less equal to the men of the clan to which they belonged. They used to be treated with the same respect and deference as men and warriors. At the very least, archaeological evidence established the existence of a warrior woman class in the area.

Sinauli, a little town in western Uttar Pradesh around 66 kilometres from Delhi, has witnessed the birth of a new civilization in the Ganga-Yamuna doab region. The Archaeological Survey of India (ASI) undertook the first excavation in 2005, when multiple farmers recovered various artefacts while tilling their field, resulting in 116 burials, but the excavation operation was abandoned the following year for an unexplained reason. Twelve years later, in 2018, an ASI team led by Dr. Sanjay Manjul resumed the excavation procedure, although this time in a smaller area. Ten burial sites were uncovered, three of which were for women.

Many preconceptions about ancient Indian civilizations were shattered as a result of this revelation. The most significant find of this dig was three chariots, all of which were discovered in two different tombs. Chariots were discovered for the first time in India. Previously, it was thought that chariots arrived in India considerably later, when a group of Central Asians or Europeans invaded the country. The famous Aryan invasion theory could not be proven in this case because no Central Asian or European ancestors were detected in the skeletal remains of the burials, and these skeletons shared significant characteristics with modern-day Indian ancestors.

Several artefacts were common in these tombs, including pottery, beads, jewellery, pots, utensils, and other personal things. Copper antenna swords were discovered in great numbers. Weapons such as shields and swords were discovered in the graves of women. An imprint of a bow and four arrowheads were recovered in one of the female tombs. All of this suggests that women in that society were adept at wielding swords and doing archery.

Even after 4000 years, the coffins in the tombs were in good condition, which made archaeologists ponder about the construction of these coffins. Copper plating was used in conjunction with wood in the majority of the objects they used, whether it was coffins, chariots, or shields; the use of copper in large quantities aided archaeologists in discovering this site of great antiquity; otherwise, we may never have known about a civilization so advanced when compared to modern civilizations.

Female skeletal remains were also discovered with high-quality gold bangles and decorations, indicating that they belonged to an aristocratic clan of that society. Another remarkable finding was that, unlike men, the women’s skeletal remains were not complete; their legs were amputated from ankles before they were buried. The explanation behind this remains unknown. We might be able to figure out why this is in the future thanks to advances in archaeology.

Many archaeologists have seen parallels between this culture and the ancient Vedic civilization. Symbolic burials were discovered with human burials on the site. It appears that diverse conventions were followed in Sinauli when it came to the disposition of a deceased individual. People were not only buried, but they were also incinerated, according to the Rig-Veda. As a last rite, the Sinauli people practised rites such as offering ghee, curd, and Somarasa to the deceased, which are also recorded in the Rig-Veda. The Vedas describe chariots in structural terms that are very similar to the chariots seen in Sinauli.

Western dominance and imported notions have always tainted Indian history. We’ve seen similar attempts by western Indologists to force their ideas on us after the finding of chariots in Sinauli. They did everything they could to explain that the chariots discovered in Sinauli were actually “carts” drawn by Bullocks, and rightly so; after all, how can one accept that Indians invented chariots long before the fictitious invaders, the Aryans, invaded India?

However, Indian archaeologists are persuaded that those vehicles were chariots drawn by horses, at least based on the construction of the vehicle. The chariots discovered aren’t particularly roomy; they can only carry two people at a time. On the other hand, a “cart” should be large enough to transport goods. Furthermore, seeing a “cart” inside a grave where the personal things of a warrior are normally kept is highly unusual.

We’ve all heard about Ghosha, Lopamudra, Maitreyi, and Gargi, who were the pinnacle of Vedic intellectual and spiritual knowledge. Similarly, Sinauli has provided us with a number of female warriors that exemplify bravery. Only a small portion of what we should know about ancient history has been exposed.

Through looking into the past in the next years, we will be exposed to many more such wonder women. Indians should be proud of and inspired by their rich cultural heritage; it is past time for us to reclaim our wonderful history from the grasp of outsiders by peering into it only after removing our western spectacles.

Contempt Proceedings Allowed Against Ajeet Bharti Of DO Politics, Previously Of OpIndia.

Vishwakarma, the Hindu Architect/Engineer Deity and the Hindu Community Which Descended from Him.