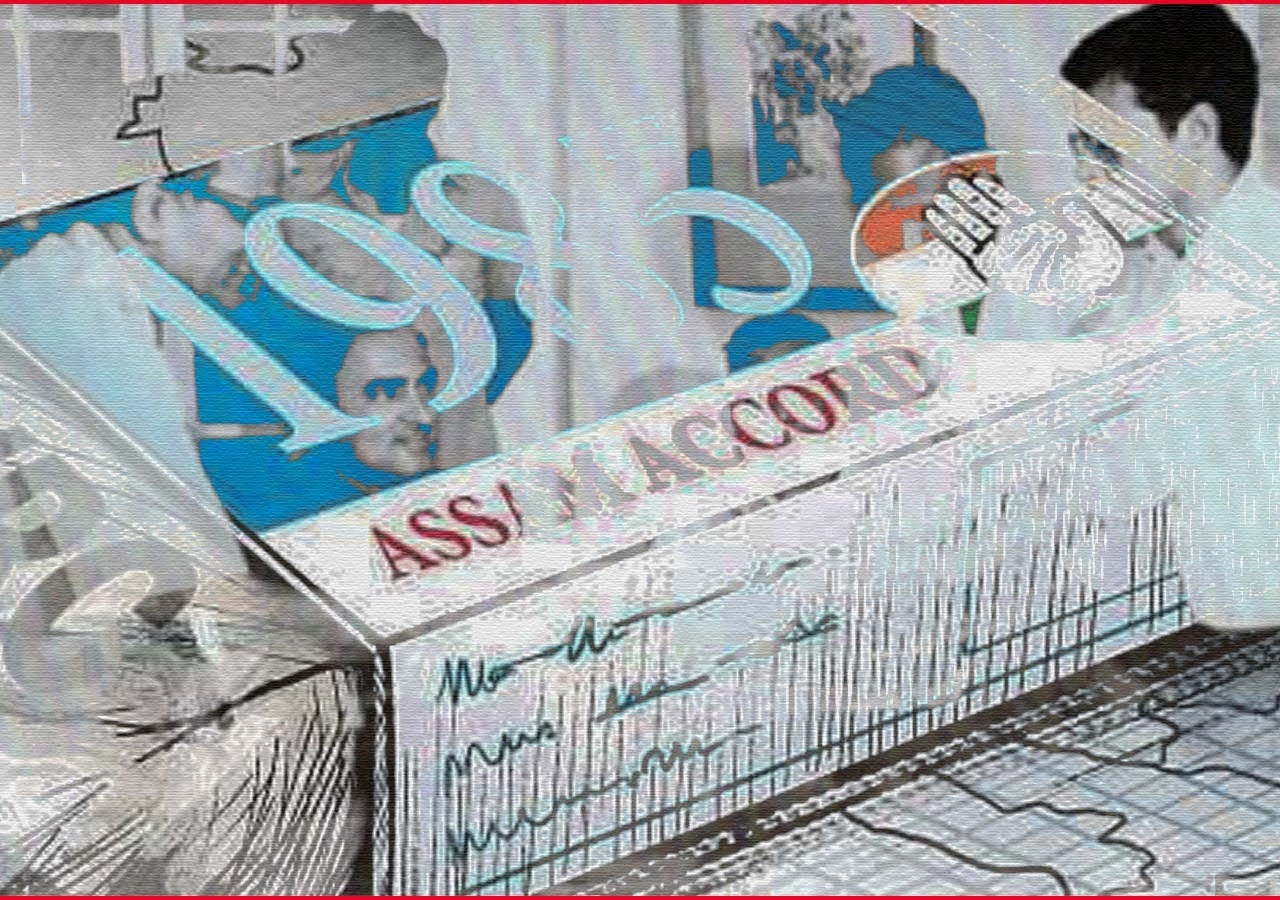 The Assam government said on Tuesday that an eight-member panel comprised of cabinet ministers and representatives of the All Assam Students’ Union (AASU) will produce a roadmap for implementing the Assam Accord within three months.

The decision was reached in Guwahati following a meeting between state chief minister Himanta Biswa Sarma and the AASU.

In 1979, the AASU began a six-year campaign demanding the identification and deportation of illegal immigrants. The Assam Accord was signed on August 15, 1985, in the presence of Rajiv Gandhi, the then-prime minister of India.

Following the meeting, Minister of Assam Accord Implementation Atul Bora stated that both parties agreed to form a committee to prepare a roadmap for implementing the deal.

“AASU expressed gratitude to the chief minister for convening the meeting after a 16-year hiatus. It was determined at the meeting to form a committee made up of AASU members and state government officials. They would develop ways and means to implement the Assam Accord articles in the near future after the committee is formed,” Atul Bora said.

The minister went on to say that the meeting mainly focused on provisions 6, 7, 9, and 10 of the treaty.

Atul Bora stated, “The committee will present its report within the next three months.”

According to AASU Chief Adviser Samujjal Kumar Bhattacharya, an eight-member committee will be created, consisting of three state ministers and five members of the student body.

“Clause 6, 7, updating of the NRC, sealing borders, flood and erosion problems, protection of tribal belts and blocks, protection of government lands, rehabilitation of martyrs’ families and victims of the Assam movement, and overall economic development of the state were all discussed during the meeting. “Within three months, this group will deliberate and develop a roadmap, and based on that, we will proceed with the results,” Samujjal Kumar Bhattacharya added.

What is Assam Accord?

Illegal immigrants have long been a problem in Assam. Soon after independence, it became a burning problem, prompting the government to pass the Immigrants (Expulsion from Assam) Act in 1950. On the basis of Census 1951, a National Register of Citizens (NRC) was to be created. The National Research Council (NRC) was ultimately established early this year.

Beginning in 1979, when a Lok Sabha bypoll was to be held at Mangaldoi, the problem of illegal immigrants sparked major protests for six years. The All Assam Students Union (AASU), which was at the heart of the protests, alleged that foreigners, primarily Bangladeshis, had been put in the voter list.

Between 1980 and 1984, the Indira Gandhi government continued to negotiate with the protesters, but no deal was reached. Following her assassination, Rajiv Gandhi’s government reached an agreement with the demonstrators, the AASU and the All Assam Gana Sangram Parishad, which put a stop to the agitation.

The Assam Accord is the name of the accord reached between the government and the protesters. It was signed on July 4, 1985, on Independence Day. The following were the main focus areas in the Assam Accord’s 15 clauses:

This was done to protect the local people’s political, social, economic, and cultural identities.

Clause 5 of the Assam Accord deals with the issue of foreigners, including detecting foreigners in Assam, removing their names from voter lists, and deporting them using practical ways.

Clause 5 of the Assam Accord states, “All persons who migrated to Assam prior to 1.1.1966, including those among them whose names appeared on the electoral records used in 1967 elections, shall be regularised.”

To put it another way, illegal immigrants who entered Assam before December 31, 1965 were to be granted citizenship and voting privileges on the spot.

“Foreigners who came to Assam after 1.1.1966 (inclusive) and up to 24th March, 1971 shall be discovered in accordance with the provisions of the Foreigners Act, 1946 and the Foreigners (Tribunals) Order 1964,” says Clause 5 of the Assam Accord.

This meant that illegal immigrants who arrived in Assam between 1966 and March 24, 1971 would lose their citizenship. According to the Registration of Foreigners Act of 1939, this category of people was obligated to register as foreigners.

The Assam Accord does not call for their expulsion, but it does state that they will only be granted voting rights after a ten-year period has passed after their detection or declaration as a foreigner.

The others had to be kicked out. Any leniency in allowing illegal immigrants was not based on religious persecution.

How is the Citizenship Amendment Act different?

However, religious persecution is being used as a justification for offering preferential treatment to illegal immigrants living not only in Assam but throughout the country. Other states, however, do not have a similar agreement with the Centre as Assam.

The modified Citizenship Act moved the citizenship cut-off date from March 24, 1971 to December 31, 2014, a difference of 43 years, nine months, and seven days. The demonstrators regard this as the Centre breaking its vow to safeguard Assamese cultural uniqueness.

The promise of clause 6.

Clause 6 of the Assam Accord is another frequently cited section in opposition to the new Citizenship Act revision. The Assam Accord stipulates that the Centre shall adopt constitutional, legislative, and administrative measures to “protect, maintain, and promote the Assamese people’s cultural, social, and linguistic identity and history.”

The demonstrators claim that the Narendra Modi government’s Citizenship Amendment Bill, which was introduced and passed by Parliament, is a willful breach of Clause 6.

However, during the discussion on the Citizenship Amendment Bill, Union Home Minister Amit Shah stated that Clause 6 has not been changed in the current legislation.

However, neither his response nor Prime Minister Narendra Modi’s and Assam Chief Minister Sarbananda Sonowal’s appeals appear to have swayed the demonstrators who want a “infiltrator-free Assam.” The Assam Accord’s implementation has been delegated to the Union Home Ministry.

The Citizenship Amendment Bill, which has sparked significant and violent demonstrations in Assam, was introduced by the Union home ministry.

Banners Scripted In Arabic Language Show Up In Ajmal’s Meeting In Assam.