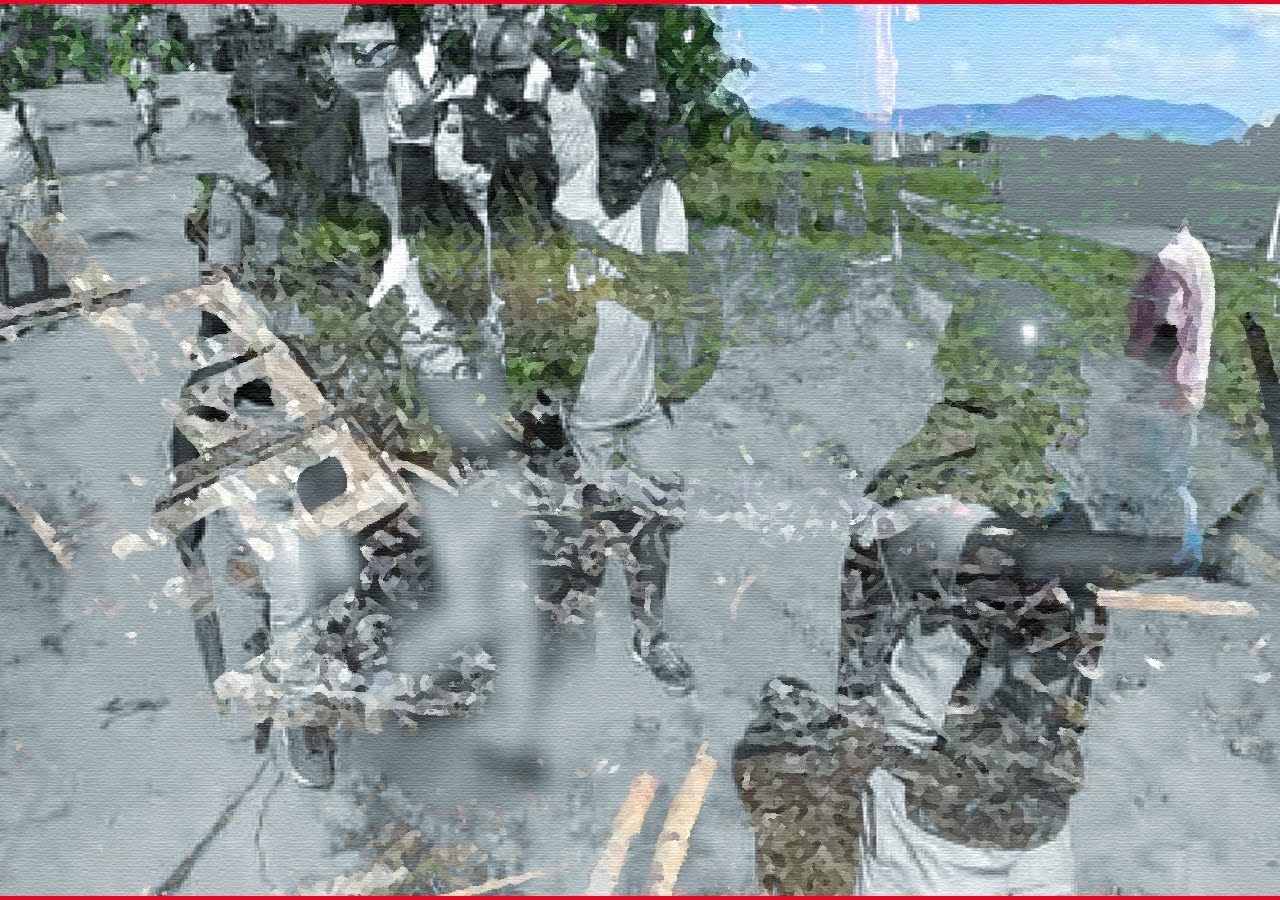 Pakistan summoned India’s Charged Affairs to the Foreign Office on Friday to express its concern about the eviction effort in Assam, stating that Muslims had been targeted in the state.

According to Pakistan’s Foreign Office, the Indian diplomat was instructed that India must examine the recent “anti-Muslim violence in Assam” and punish the offenders, as well as take steps to prevent such occurrences from happening again in the future.

The Heart of The Matter

A big mob clashed with the police during an eviction campaign in northern Assam’s Darrang district on Thursday afternoon, killing two people and injuring 11 others, including nine police officers.

The incident occurred in Dholpur 3, one of four places where the police were attempting to evict roughly 800 Bengali-speaking Muslims who were “illegally occupying” about 4,500 bighas of government land. Officials claimed a similar eviction drive on September 20 went through without a hitch, with some families destroying their homes and moving elsewhere.

“Two people are likely dead, with two more injured, as well as nine police officers. According to Darrang’s Superintendent of Police, Sushanta Biswa Sarma, “a mob of not less than 4,000 people opposed the eviction effort by throwing stones at the police and attacked them with sharpened bamboo sticks.”

One of the injured police officers was airlifted to the Gauhati Medical College and Hospital in Gauhati, about 60 kilometres away, while the others were sent to the district hospital.

The police had to intervene, according to Chief Minister Himanta Biswa Sarma, since the mob attacked them with sticks, machetes, and spears. He stated that the eviction campaign would resume on Friday.

The Crux of The Matter.

The horrifying video shows police officers, including a government-appointed photographer, ganging up to savagely beat and kill a man during a state government eviction effort against unlawful encroachers took place in Dholpur. While the graphic video of the incident on September 23 has sparked national anger, Dholpur and the surrounding districts have been the scene of such deadly violence for decades. The ravenous need for land lies at the foundation of all bloodshed.

The direct attack on their livelihood by people coming from other places, who are generally accused of being illegal immigrants from Bangladesh, prompted Ali, an Assamese-speaking Muslim, and fellow villagers to raise their voices against encroachment. These people occupied and resided in VGRs and PGRs, depriving the local Assamese and Nepali population—most of whom work in the dairy industry—of grazing land for their cattle.

The encroachment began in the early 1980s and frequently resulted in violent battles, although the administration largely ignored the encroachments. For the record, the discovery of 45,000 illegal names in the electoral records during a by-election to the Mangaldoi LS constituency in 1978 sparked the Assam agitation (1979-85) against illegal immigrants. While an RTI answer in 2013 revealed the encroachment of more than 77,000 bighas of government land, an official order was issued in 1994 to evacuate 194 families of questionable nationalities from the area. However, nothing was done.

“We lost livestock grazing grounds. Our dairy company was severely harmed. Our daughters are afraid of being kidnapped and sexually molested by these encroachers; therefore, they are unable to go around freely. Jeherul Islam, 52, a dairy farmer in Sanowa village, near Dholpur, says the administration has been of little assistance. The Assam government has had a transparent teacher appointment system based on the Teacher Eligibility Test since 2011, (TET). However, following a string of horrific rapes and murders in Bengali-speaking Muslim districts, several female recruits refused to work.

Encroachment has been a problem in many districts, including Darrang. According to the interim report of a six-member committee for the protection of indigenous people’s land rights in Assam, headed by former chief election commissioner HS Brahma, illegal Bangladeshi migrants dominated in 15 of Assam’s 33 districts. The report stated, “Illegal Bangladeshis descend on the land like an army of marauding invaders armed with dangerous weapons, setting up illegal villages, mostly on the char lands overnight, in full view and with the tacit, if not active, connivance and encouragement of corrupt government officers as well as with the abetment of communal political leaders.”

The identity of as many as 18 Xatras (Vaishnavite monasteries that are cultural hubs in Assam) was also threatened, according to the Brahma committee report, due to large-scale encroachment by illegal Bangladeshi migrants. According to a survey conducted by the Northeast Policy Institute in July 2012, illegal immigrants have encroached on 5,548 bighas of land belonging to 26 Xatras. According to a Right to Information (RTI) request, about 4 lakh hectares of forestland have been encroached into, accounting for 22% of the state’s forest cover.

Immigrants from Bangladesh work in agriculture and other physical labour in most of Lower Assam. Their hunger for land has often resulted in ethnic conflicts, such as the violence in Kokrajhar in 2012. They are mostly landless and often settle in river line areas, near reserve forests and vacant grazing lands. At the same time, they have established themselves as Assam’s primary producers of food grains and vegetables. “They put in a lot of effort. Top vegetable producers in Assam include places like Kharupetia and Nagaon, which are predominantly populated by immigrants,” says Satyen Mahanta, a dairy and agro-farming entrepreneur.

In the run-up to the 2016 and 2021 assembly elections, the BJP made encroachment a campaign issue, promising to deport the encroachers, who were typically portrayed as illegal immigrants from Bangladesh. Several eviction drives were conducted out in regions like Kaziranga and Mayong during the previous BJP government, which spanned from 2016 to 2021 and was led by Sarbananda Sonowal. The murder of one Ananda Das by alleged illegal immigrants in Sipajhar sparked outrage in Darrang district in 2017. The programme finished with 60 households being evicted for allegedly intruding on government property.

However, the majority of those who have been evicted maintain that they are the rightful owners of the land that was purchased properly. Even the bulk of individuals evicted in Dholpur’s latest campaign were found to have Aadhaar cards. Nobody can acquire federal land, according to government authorities, and if these “encroachers” have been sold land, they have been misled by some fraudulent nexus. They further point out that just because you have an Aadhaar card doesn’t mean you have land rights. “There were 60 families in the region, according to our records. However, 3,000 families were discovered to be unlawfully inhabiting 77,420 bighas. Moreover, about 10,000 individuals attacked police officers the day before yesterday. Assam’s chief minister, Himanta Biswa Sarma, asks, “Who are these people?”

Both Sides of the Lakhimpur Kheri Violence: What Really Happened?

Congress Set To Include CPI, CPI (ML) In The Grand Alliance Against BJP In Assam.