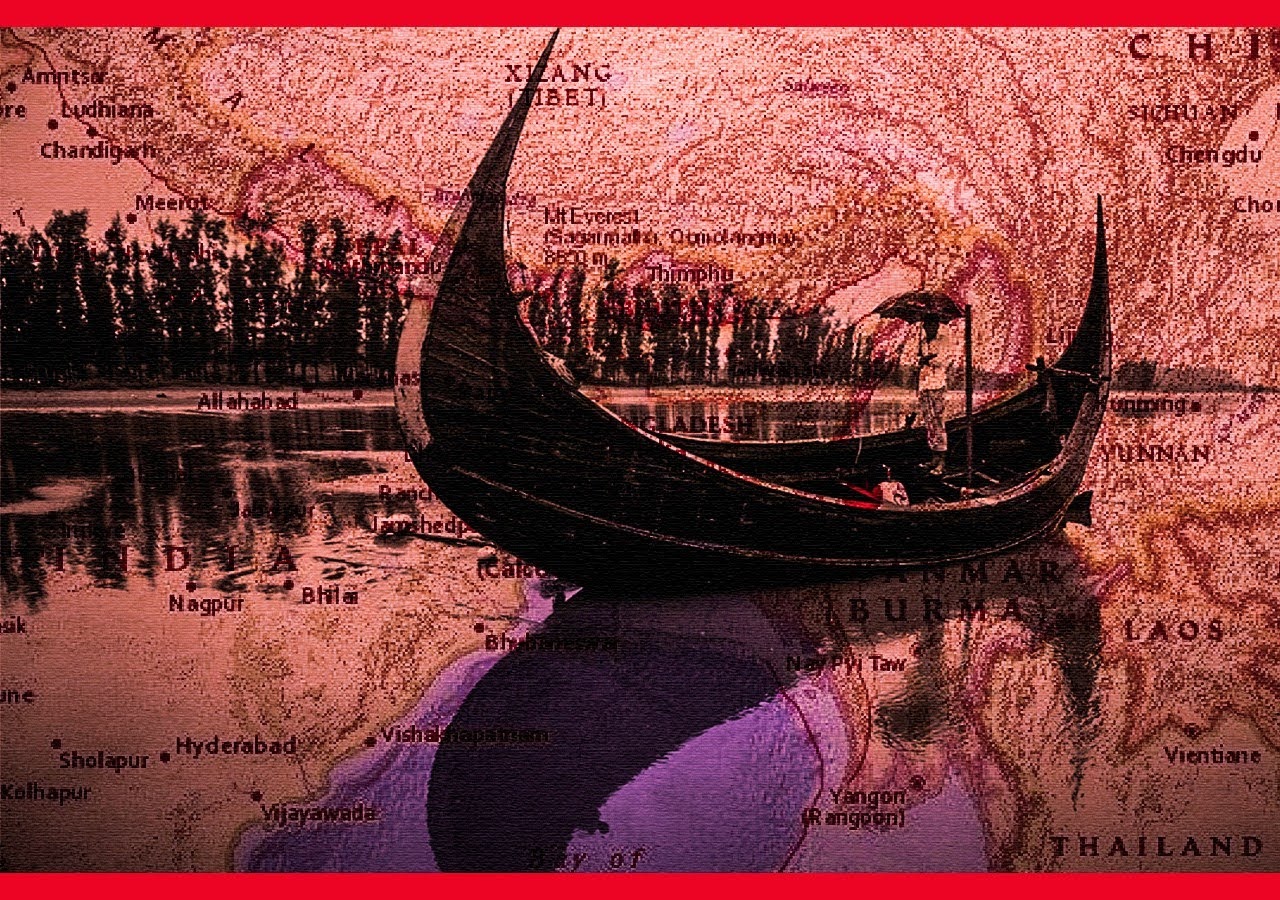 In a recent news broadcast, Calcutta News Live revealed that a large number of infiltrators from the neighbouring countries of Burma and Bangladesh are illegally entering India through West Bengal. The majority of these infiltrators are members of various terrorist groups who are using West Bengal as the  “gateway to India” to illegally enter the country.

These infiltrators are posing a serious threat to not only West Bengal but to the whole country since they are largely involved in various illegal activities such as smuggling, inter-state black marketing of alcohol, drugs supply, animal smuggling, gold smuggling, human organ black marketing etc.

The news broadcast also made the crucial claim that the same route is used by these infiltrators to smuggle a large number of Chinese explosives to West Bengal and consequently across the country. If this is true, it can raise serious security concerns for India. What is more shocking is that all these are happening under the nose of the TMC led West Bengal government.

The news report alleged that several political leaders from the state are not only aware of this dangerous practice but are also providing support to the infiltrators to strengthen their vote banks.

West Bengal authorities are repeatedly ignoring the question of national security as a large number of Bangladeshi and Rohingya are allowed to illegally cross the border in the darkness of the night in exchange for money and the state is increasingly becoming a free-roaming ground for these threatening elements.

One of the most concerning issues that has emerged with the illegal infiltration is the massive smuggling of small-sized explosives from China. Reportedly, these explosives are delivered in large numbers from the Rakhine State of Myanmar to the Northeastern regions of Bangladesh such as Cox’s Bazar and parts of Chattagram through the Naf River. From there, they are subsequently smuggled into West Bengal.

With the assembly in elections in full swing in West Bengal, these explosives from China are gaining massive popularity in the underground market of the state. Over the last couple of months a massive number of explosives have been recovered from several places of West Bengal which include explosives from China in large number. The extent of the threat that Bengal as well as the rest of the country is facing is evident from the list of explosives recovered in recent days,

Calcutta News Live called these instances and numbers just the “tip of the iceberg” as thousands of such active explosives are circulating across the state.

However, the biggest question that lies in front of us is how are these explosives in such a massive number entering West Bengal under the nose of the authority as well as the security forces?  To find the answer, when Calcutta News Live reached the Indo-Bangla border, they made some shocking revelations.

According to what journalist Satyajit Mukherjee from Calcutta News Live discovered, the Naf River that flows through the South-East region of Cox’s Bazaar and divides Bengal and Burma lies at the heart of the Burmese and Bangladeshi infiltration and smuggling of explosives into Bengal.

Over the years Naf river has been one of the most frequently used travel routes between Myanmar and Bangladesh. From time to time, millions of Rohingyas who were thrown out of Myanmar used the Naf River to enter Bangladesh. Though security forces have been making repeated efforts to restrict these Rohingyas, every year, thousands of Rohingyas illegally enter the country.

Hiding from the eyes of the security forces, a large section of Bangladeshi fishermen sail to water bodies adjacent to the Naf River such as Modung, Peranhpung, NariBeel and receive Rohingyas from these places who are then illegally released in the Teknaf region of Bangladesh as well as some unprotected islands in the Bay of Bengal.

To carry out this entire operation, Bangladeshi fishermen use a special type of small boat particularly designed for this purpose. These boats are equipped with a special type of engine made in Orissa and China.

Speaking with Calcutta News Live, the owner of such a boat said that these are specially used to transport goods between India and Bangladesh. Since these boats make minimal noise, they are easier to use between the borders. From Teknaf and the Bay of Bengal area, illegally released Rohingyas subsequently enter West Bengal through the large unprotected stretch of the Indo-Bangla border.  This same root is also used to smuggle Chinese explosives from Cox’s Bazaar and other nearby areas.

Here is a map of how Chinese explosives enter India from Myanmar,

Speaking with Satyajit Mukherjee, locals from Taranigram- a village adjacent to the Indo-Bangla border- said that every other day, they can listen to the sound of small boats almost silently carrying infiltrators from the other side of the border in the middle of the night.

“The situation here is horrible. Over the last decade, illegal infiltration has been one of the major issues not only in our village (Taranigram) but across the entire border area in West Bengal. Infiltrators from Bangladesh and Myanmar are regularly entering the state through Kaliachak, Malda, Murshidabad, Dinajpur, Nadia, Bongaon, Sourabh Nagar, Baduria, Bashirhat and the vast region of Sundarbans… apart from infiltrators, a large number of explosives are also entering West Bengal through Itinda, Ghojadanga, and Sourabh Nagar,” said a resident of Taranigram.”Whenever an election approaches, we see large groups of people from the other side (Bangladesh) secretly crossing the border in the middle of the night through our village areas,” said another local.

Locals also alleged that majority of these illegal Rohingyas have acquired fake citizenship, voter ID, and even fake passports. Naturally, it has become next to impossible to identify these illegal infiltrators. While both the TMC and the BJP are doing everything possible to seize the crucial throne of Bengal, the question of national security has repeatedly been sacrificed.

Why are these Rohingyas from Bangladesh and Myanmar entering West Bengal in such large numbers? Are they entering completely on their own or  is there some design behind this migration? Is this a tiny part of a much bigger plan? Who are the people supporting them from inside? Will these infiltrators and the large number of explosives have any role to play in the Bengal election? No one has an exact answer to these question. However, one thing is certain, Bengal is hiding something dark. Something that can shake the entire nation at any given moment.

It will not be entirely wrong to say that at a time when the atmosphere in Bengal is already heated due to the highly crucial assembly elections and the possibility of major riots breaking out between political cliques at any given moment, the frequent, unrestricted border crossing by Rohingyas from Myanmar and Bangladesh and the widespread and unbridled circulation of Chinese explosives are turning West Bengal into a ticking time bomb that can explode at any moment.

Farmers will March to Parliament in May: Samyukt Kisan Morcha.

Thailand King Faces Violent Protest Over The Demands For A New Constitution.

China Analyst Says We Might Be Entering Cold War Again.

The Parambir Singh Letter: What is Happening In Mumbai?