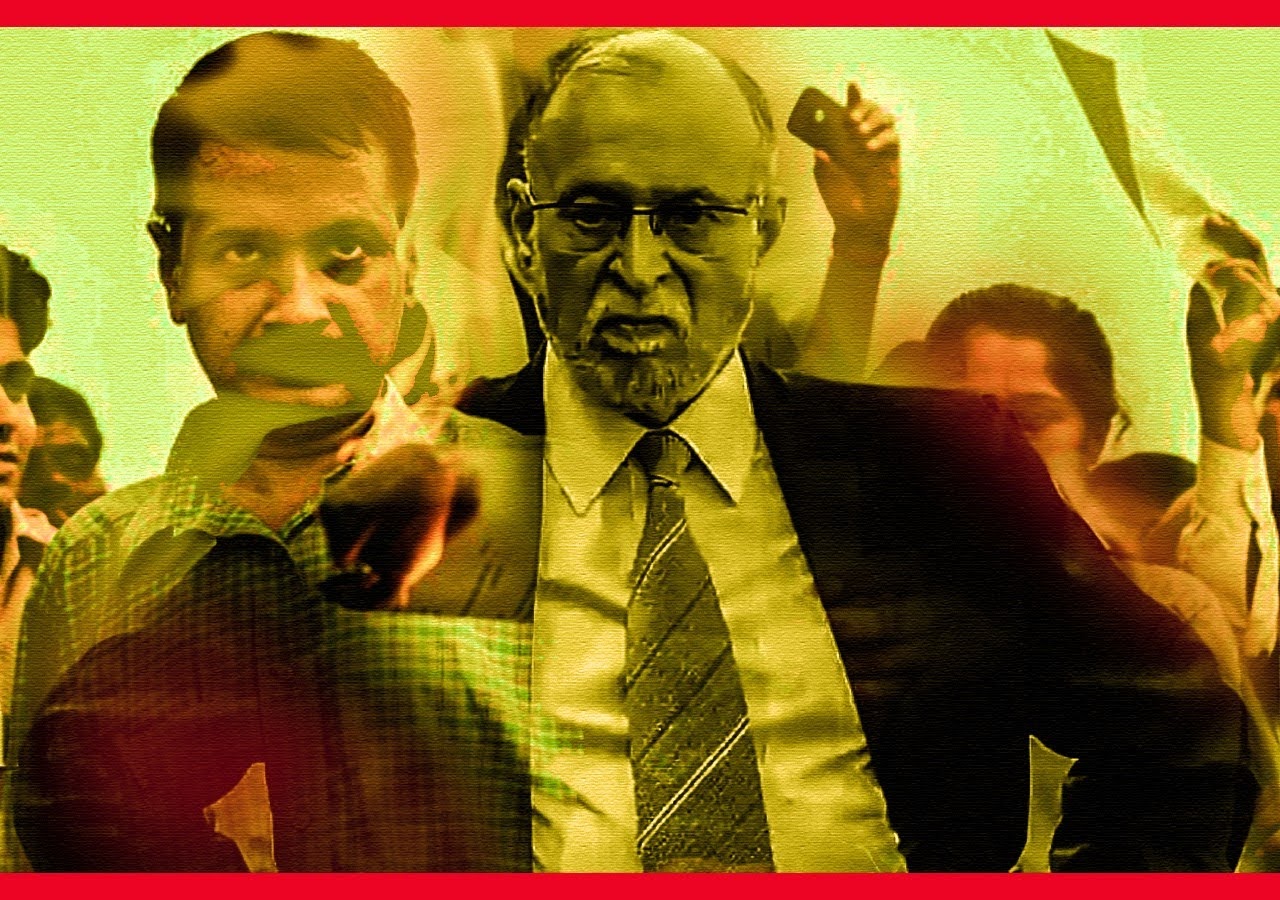 Drawing an end to all the speculations and debates, Rajya Sabha, on 24th March 2021 passed the controversial National Capital Territory of Delhi (Amendment) Bill, 2021 also known as the Delhi Bill. The bill was passed on Wednesday amid much outcry with the opposition walking out of the Upper House. The Lok Sabha had passed the bill earlier on 22nd March 2021

The National Capital Territory of Delhi (Amendment) Bill, 2021 or the Delhi Bill aims to give precedence to Delhi’s Lieutenant Governor (L-G) over its elected government. The bill has already resulted in much clamour and resistance in Delhi as well as across the country. Now, the passing of the bill in both the lower and the upper house of the parliament has built the perfect stage for yet another heated confrontation between the BJP-led central government and Kejriwal’s Aam Aadmi Party (AAP) government in the national capital.

For a long time, the Delhi Bill continued to be one of the major factors of tension between the centre and the AAP government until a Constitution Bench of the Supreme Court ruled in favour of the elected Delhi government in July 2018.

However, the bill has yet again become a lobbying point for the entire opposition. Apart from AAP and the Congress, several regional parties have also joined in to oppose the bill.

During the long debate over the bill, twelve opposition parties in Rajya Sabha and nine in Lok Sabha opposed it. Delhi Chief Minister, Shri Arvind Kejriwal also condemned the bill and called it a strategic move from the BJP government to weaken the AAP government.

What is the Bill About?

National Capital Territory of Delhi (Amendment) Bill, 2021 or the Delhi Bill was first introduced in the Lok Sabha on 15th March. The bill aims to provide increased powers to the L-G of Delhi over its elected government. The bill also seeks to amend four sections of the Government of NCT of Delhi (NCTD) Act, 1991.

The Government of NCT of Delhi (NCTD) Act, 1991 also called the GNCTD Act was passed in 1991 to strengthen the constitutional provisions in respect of the legislative assembly, the L-G, the chief minister, and the council of ministers in the cabinet. Since Delhi is not completely a state, it was turned into a Union Territory with an elected legislative assembly as a result of the 69th Amendment Act through which Articles 239AA and 239BB were introduced in the Indian Constitution in the year 1991.

The bill says, “The expression “Government” referred to in any law to be made by the Legislative Assembly (of Delhi) shall mean the Lieutenant Governor.” Thus the bill defines that the expression ‘Government’ in any law passed by the legislative assembly refers to the L-G of Delhi and not the elected government.

The Delhi Bill further aims to restrict the legislative assembly from framing rules for its committees on regular administration or from carrying out inquiries into administrative decisions. The Bill also suggests that the opinion of the L-G’s shall be taken before the elected government takes any executive decisions either by the Cabinet or any minister in the government.

On 4th July 2018, a five-judge Bench including the then Chief Justice of India Dipak Misra and Justices AK Sikri, AM Khanwilkar, DY Chandrachud, and Ashok Bhushan had ruled that consensus from L-G’s is not required in NCT of Delhi on issues other than police, public order, and land. The bench had also ruled that the decisions of the council of ministers will have to be conveyed to the L-G. The court had further said that the L-G was obliged by the assistance and advice of the Delhi government.

The SC ruling said, “It has to be clearly stated that requiring the prior concurrence of the Lieutenant Governor would absolutely negate the ideals of representative governance and democracy conceived for the NCT of Delhi by Article 239AA of the Constitution.”

The Supreme Court ruling of 2018 had provided much-needed relief to Arvind Kejriwal and his AAP government as it brought an end to a long debate between the centre and the Delhi government over the issue of governance and policy making.

Following the 2018 ruling, the AAP government stopped sending files related to executive orders to the L-G before finalising and implement them as they no longer needed his consensus.

However, now that the bill has been passed, it will be mandatory for the elected Delhi government to seek L-G’s advice before taking any executive action or even a cabinet decision. Besides, if the mentioned amendments are cleared, the Delhi government will have to implement all its policies through L-G.

Criticising the bill, APP leaders have argued that it was because of the 2018 SC ruling that the AAP government was able to roll out some of the most popular policy decisions such as free power up to 200 unit consumption, free bus rides for women, etc.

Critics also called the new bill shocking as the amendments are being made in the Act when the apex Court had already settled the constitutional issues back in 2018 with regard to the relationship between the Delhi government and the L-G.

The Centre and the Opposition

The union government has put multiple arguments in support of the Delhi Bill calling it an absolute necessity for smooth governance. The BJP also alleged that the Delhi government had “hurt the image of the national capital” by introducing “unconstitutional Bills” in the Assembly.

While introducing the Bill in the Parliament for consideration and passing, Union Minister of State for Home G Kishan Reddy said, the amendments that the bill aims to make to the 1991 Act are solely aimed at removing technical ambiguities related to day-to-day administration in the national capital.

Shri Reddy said, “This will increase administrative efficiency of Delhi and will ensure the better relationship between the executive and the legislator. This is a technical bill. This is not a Bill related to politics. There are some technical ambiguities related to day-to-day administration. It is the responsibility of Parliament to remove these.”

Meanwhile, launching an attack on Delhi CM, Arvind Kejriwal, Delhi BJP spokesperson Harish Khurana said, “Why are you nervous Arvind Kejriwal? You are afraid this [the passage of the Bill] will ensure that all your secrets are out in the open. You have to work according to the Constitution.”

On the other hand, Opposition parties led by the Congress called the Delhi Bill ‘unconstitutional’ in Lok Sabha. Delhi chief minister Arvind Kejriwal termed the Bill an ‘insult’ to the people of Delhi. As reported by The Indian Express, Kejriwal described the passing of the bill as a ‘sad day’. Similarly, Deputy CM Manish Sisodia also called it a ‘black day’ for democracy.

In his argument, CM Kejriwal said that the National Capital Territory of Delhi (Amendment) Bill, 2021  abducts powers from the Aam Admi Party who were democratically elected by the people and gives indirect power to the BJP who were defeated.

Kejriwal tweeted, “Rajya Sabha passes GNCTD amendment Bill. Sad day for Indian democracy. We will continue our struggle to restore power to people. Whatever be the obstacles, we will continue doing good work. Work will neither stop nor slow down.”

Delhi Deputy Chief Minister Manish Sisodia also made a tweet expressing his anger over the passing of the bill. In his tweet, Shri Sisodia said, “Today is a dark day for democracy. The rights of the government elected by the people of Delhi have been taken away and handed over to LG. Look at the irony, the Parliament was used to assassinate democracy which is called the temple of our democracy. People of Delhi will fight against this dictatorship #BJPFearsKejriwal.”

Meanwhile, in an article published in Hindustan Times on 21st March, Yamini Aiyar and Partha Mukhopadhyay from the Centre for Policy Research said that despite its ambitious goals, the Delhi Bill exemplifies another step toward centralising the country’s federal polity.

In the article, Yamini Aiyar and Partha Mukhopadhyay said, “These provisions contradict the 2018 judgment, which unambiguously clarifies that the council of ministers with the chief minister at its helm is the executive head of the government of Delhi. By conflating the government of Delhi with L-G, the bill blurs the distinction between the elected government and L-G.”

Workplace Bias at Apple over ‘Hindu Ancestry in Pakistan’.

40 Mosques in UP Covered before Holi Procession.

All OTT Platforms will now Come Under Jurisdiction of the Union Government of India.

AIMIM and Congress Clash Over Ram Mandir and Babri Demolition.