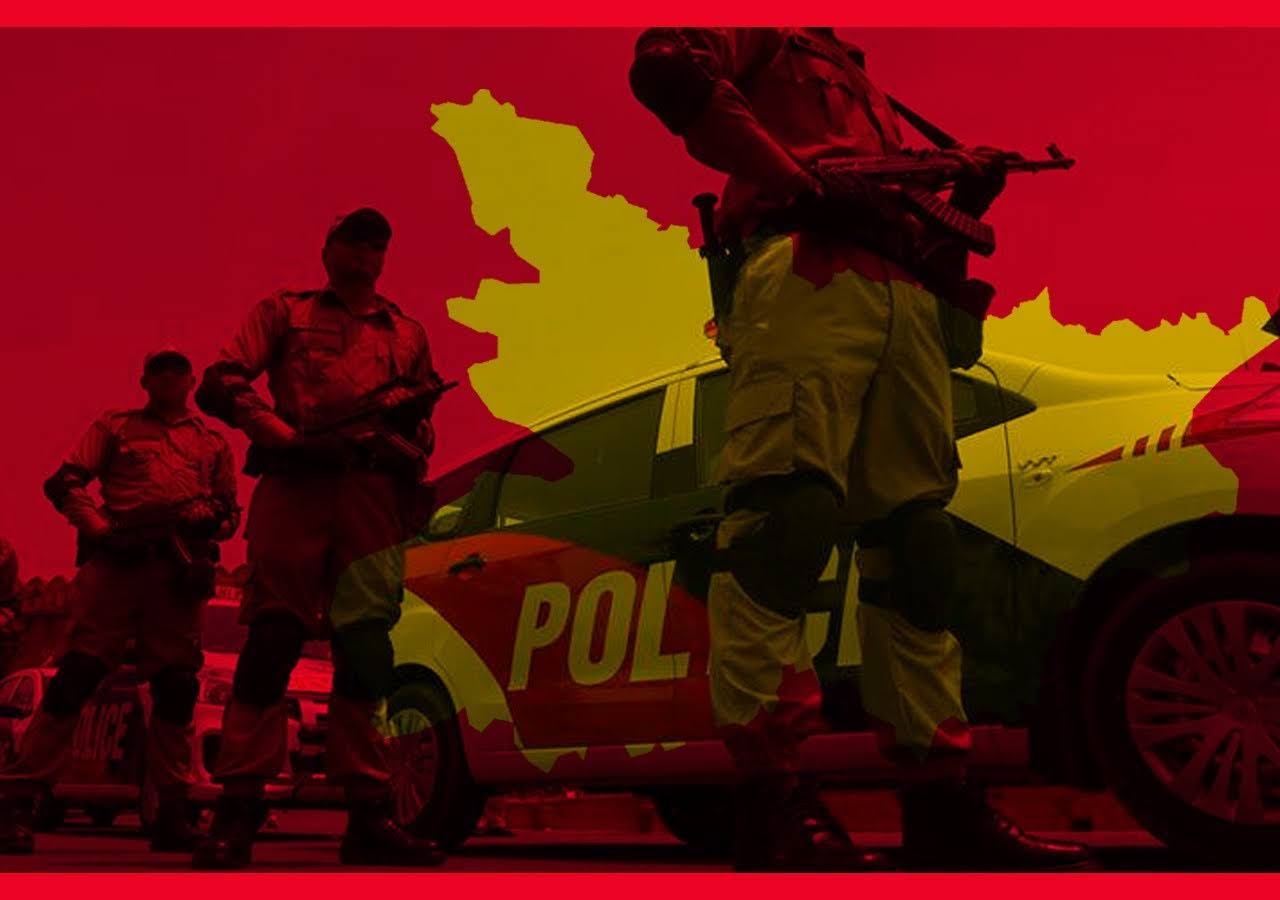 On 23rd March 2021, the Bihar Assembly passed the Bihar Special Armed Police Bill, 2021 amid huge protests and clamour by the Opposition parties both inside and outside the House. The situation was heated to the point that some MLAs were marshalled out of the House while some of them were even beaten up by security forces.

One day later, on 24th March 2021, the Bill was passed by the Legislative Council. On the day, the Opposition boycotted the entire proceedings demanding an apology from CM Nitish Kumar.

The Bill gives unique power to the Special Armed Police officers to carry out searches and arrests without a warrant across Bihar while courts will be eligible to take cognizance of certain offences by the officers only after government sanction.

Condemning the bill, the Opposition in Bihar even called for a state-wide bandh on 26th March 2021. RJD leader Tejashwi Yadav said the bandh was called against the “assault on democracy by Chief Minister Nitish Kumar in the state Assembly and the beating up of legislators.” The mahagathbandhan in Bihar heavily criticised the bill calling it “draconian.”

Bihar government defended the bill by arguing that it is aimed at improving security in the state and will be in force with limited scope as the bill is applicable only to certain specified areas and situations.

The Bihar government pointed out that over the last ten years or so, Bihar has increasingly become dependent on Central forces. Therefore, an organised armed police force of its own will not only save the Bihar government’s expenses but will also create jobs opportunities in the state.

In a press release on the bill, the Bihar government said, the bill “aims to develop the Bihar Military Police into a well-trained and fully equipped armed police force with multi-domain expertise to cater to the development needs and the larger interest of the state.

The press statement further said that the requirement of the force will be the “maintenance of public order, combating extremism, ensuring the better protection and security of specified establishments in such manner as may be notified and perform such other duties, as may be notified.”

The government also assured that the provisions of the Code of Criminal Procedure, 1973 relating to searches will apply under the new legislation, this will make sure that the “rights of citizens remain fully protected.”

“The punishable offences under this Act relating to internal acts of gross indiscipline, insubordination etc. Accordingly, the Act provides that in case a Special Armed Police officer commits an offence under this Act, the court shall take cognizance of the offence only on receipt of a report and with the previous sanction of an officer authorized by the government. However if any State Armed Police Officer commits an offence under any other law such as IPC etc, there is no protection for him under this Act and action shall be taken against him as per law,” Bihar government said in its statement.

Speaking over the Opposition’s complaints, Bihar CM Nitish Kumar said, “The Opposition could have asked for a debate and waited for our explanation. I have been a legislator since 1985 and have not seen the Opposition behaving like this.”

At a press conference on Thursday, the DGP of Bihar S K Singhal, along with Additional Chief Secretary (Home) Chaitanya Prasad and Bihar Military Police DG R S Bhatti, stated that the proposed law has made it clear that if anyone is arrested by the special force, he/she will shortly be handed over to the district police which will then look into the matter.

Meanwhile, the Additional Chief Secretary (Home) of Bihar, Shri Chaitanya Kumar dismissed the protest by the opposition parties saying that Armed Police would shortly be deployed at Gaya and Darbhanga airports.

Protest from the Opposition

The opposition, under the leadership of Tejashwi Yadav, has been heavily criticising the Bihar Special Armed Police Bill, 2021 as it authorises the Special Armed Police officers to carry out searches and arrests without a warrant across the state. This is similar to CISF; which, under The Central Industrial Security Force Act, 1968, is authorised to arrest people even on suspicion, “without any order from a magistrate and a warrant.”

Tejashwi Yadav recently made a tweet criticising the bill in which he said, “Draconian Act which will give absolute powers to Police, so that it can act as a veritable arm of Nitish’s dictatorial politics, has been passed in police protection by throwing out battered MLAs using Police itself.”

Shivanand Tiwari argued that even though the JD(U) government introduced the Bill in the name of removing the word “military” from the pre-existing act, Section 7 and 15 of the bill are highly disagreeable and are against the Constitution of India.

He said, “Even in the time of Karpuri Thakur the demand for the removal of the word “military” was raised…The protest is centred around Section 7 and 15 of the Bill which gives arbitrary power to the armed police…You cannot even register a complaint against the officer of the armed police…This is equal to robbing you of the right to protest, granted by the Constitution.”

Speaking with the Indian Express, RJD MLA from Marhaura, Jitendra Kumar Rai said, the Bill must have clearly mentioned the areas of its application.

Shri Rai argued, “The government says the Bill is applicable only to certain areas. But it has not specified which areas, nor has it said on what basis would these locations be notified. For a Bill with such strict provisions, the areas that will be affected are entirely left to the government’s discretion, creating the scope for misuse and targeting of those who protest against the government. Also, I was in the Assembly the day the Bill was passed. The government made no efforts for outreach or discussion – instead, it called in the police against Opposition MLAs.”

Another RJD MLA from Ramgarh, Sudharkar Singh, also criticised the bill. He said,  “We also want scrapping of Section 15 that says a court cannot take cognisance if a special armed police officer is involved in a serious case barring some exceptions.” Notably, Sudharkar Singh was one of the 12 legislators who were pulled and marshalled out of the Assembly on Tuesday.

Meanwhile, on Thursday, Former Union Minister and senior Congress leader, Jairam Ramesh signalled that the opposition will challenge the bill in the Supreme Court.

Putin asks Aliyev to Take Care of the Churches in Nagorno-Karabakh.