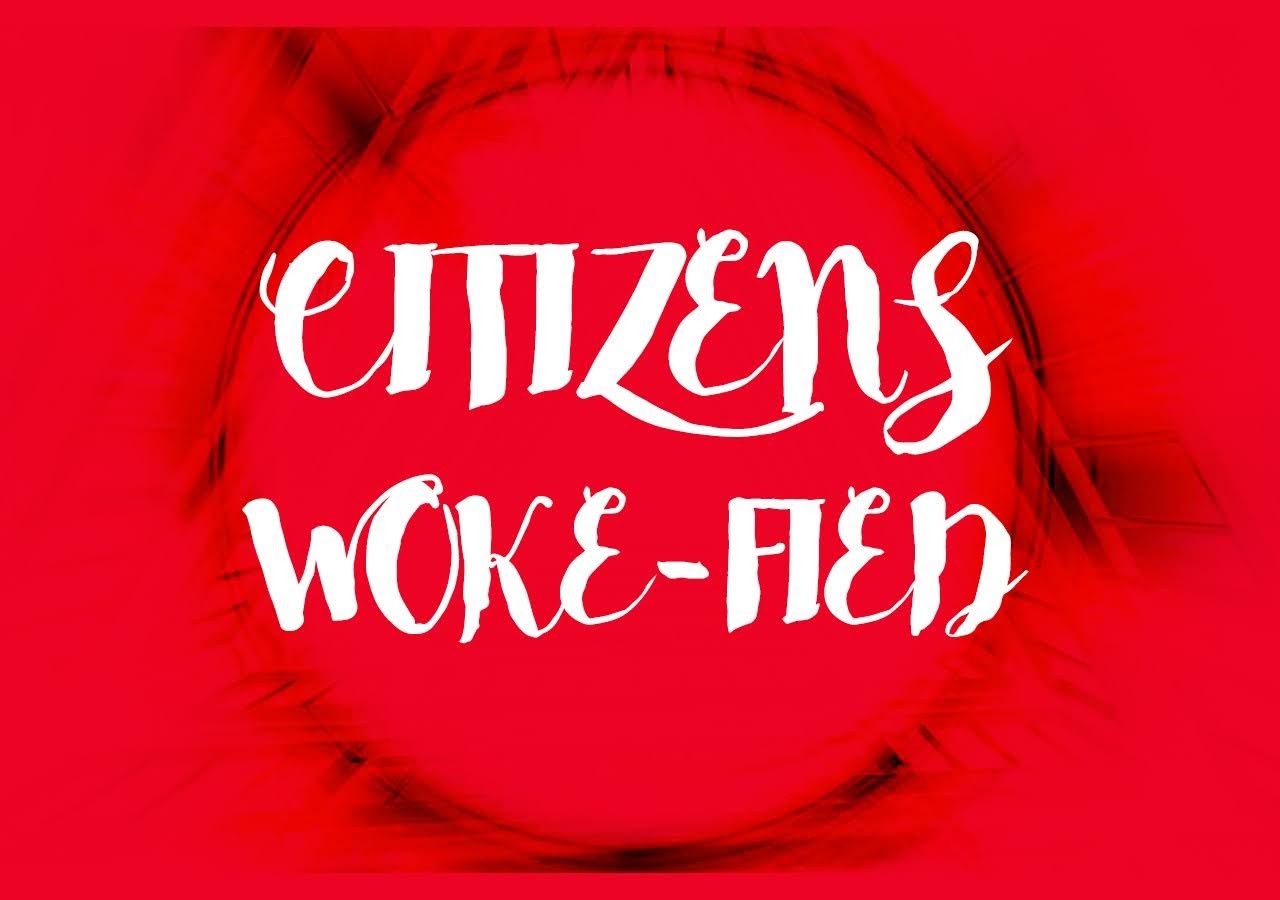 Recently a group of Bengali actors who hail from ‘Tollywood,’ took out a music video against the BJP and the RSS. The video features some of the most privileged, upper caste, urban celebrities living in the lap of luxury in Kolkata. These highly privileged, upper caste, urban actors, much like their academic counterparts, are now trying to be the representative voice of the entirety of West Bengal, especially the subaltern, Dalit, rural people.

It is interesting to observe the unfolding of the carefully cultivated and paradoxically mass-produced mind-set of such privileged, upper caste, urban celebrities – but the real joy lies in watching how deeply they’re able to convince themselves that they’re the representatives of the subaltern, Dalit, rural people. Does it not remind us of the ‘white man’s burden’? Their entire lives may be centred around the most privileged spaces of Kolkata.But surely, a few vacations or film shootings in rural and suburban areas, mostly filled with bacchanalia (and its ‘condiments’) and a heightened exoticization of the native population of the area, strictly within the safe premises of fancy hotels, should be enough to make one a genuine representative of the rural, suburban, subaltern voices? No?

In the video made by these very fashionable, upper caste, privileged celebrities, we find them portraying two young girls walking into a Hindu temple with a sanitary pad. The implication seems to be that these two girls, who are singing against the BJP, are somehow‘woke’ because they are entering a temple while menstruating. Perhaps these ‘two woke girls’ need to know a little bit more about Hinduism before moral policing Hindu traditions and rituals.

Firstly, if a girl or a woman enters a temple while menstruating, unless it is evident, no one can (and therefore no one will) stop her – because unless it is evident, no one will know. However, it so happens, that most Hindu girls who are raised in civilized Hindu households, choose not to enter a temple while menstruating because they love and respect our native Hindu culture.Moreover, Dalit Hindu girls also maintain the traditional norms regarding temples and menstruation because not only do such Dalit Hindu girls belong to truly civilized Hindu households, but moreover, Dalits have historically sustained the life of Hindu traditions. Such sensibilities are cultivated through education and mostly through respect for the teachings of our elders.

It is certainly important to question what we are told – isn’t the entire Bhagavad Geeta a series of questions from Arjun being answered by Shri Krishna? But whenever we challenge established norms, such a challenge must be an educated, mature, well informed, and well thought out challenge – for only then can we do justice to the challenge itself. Instead, if we simply challenge something to become ‘two woke girls,’it not only exposes our lack of education, it is an injustice to our beloved challenge itself. Therefore, if anyone must criticize any norm regarding restrictions on entry of menstruating people, it is advisable that he/she first put in the effort to educate himself/herself as much as humanly possible, in the Hindu texts, traditions, and practices, and then frame an argument. For surely, the intention is not to create a façade of being fashionable? Surely, the noble intention is to raise awareness regarding femininity and its significance?

Speaking of which, perhaps the ‘two woke girls’ also need to educate themselves about Hindu traditions of the Tantra and about the temples such as the Kamakhya temple in Assam. In the Hindu Tantra traditions, menstrual blood is actually used in the worship of the goddess. In the Shakta schools, ‘goddess’ is a term that is used to designate all deities. Even male deities of a particular sampradaya are part of the central deity in most Shakta schools. Thus, not only are there Hindu temples that don’t have restrictions on menstrual blood, there are even temples where it is worshipped. Perhaps the ‘two woke girls’ could try and find out which other religion in the world venerates femininity to such an extent that menstrual blood is even included in the process of worship itself?

One understands that it is tempting to be ‘woke,’ for it is the easy route to popularity in privileged, upper caste, urban, film and academic circles in Kolkata, it lets you rub shoulders with the agents and beneficiaries of the establishment, it lets you appear fashionable, so naturally, who wouldn’t want to be ‘two woke girls’? But perhaps if only people focussed a little more on substance and a little less on just being trendy, if only they focussed a little more on educating themselves and a little less on just appearing to be educated, if only they focussed a little more on genuine emotion and not just a show of sentimentality, they would not only understand the world better but also be more in sync with their own souls. Unfortunately however, in the rush for ‘success’ through a fashionable language, we find privileged, upper caste, urban celebrities being in a hurry to maintain a well crafted show of fashionable, sentimental ‘wokery,’ rather than an educated, analytically sound, morally right, emotional critique. Such a disjunct almost reminds one of a few from a series of questions from Bernard Shaw’s ‘Man and Superman’:

The simplest and most organic way to move from falsehood to truth is through genuine effort at educating oneself and clarifying one’s intent. Is the intent to establish oneself through the language of fashionable wokery to get to rub shoulders with the ‘elite’ and eventually enter their exclusivist caviar and wine soirees? Or is it to offer genuine critique to lead to a creation of progressive, liberating, and socially embedded values? Whom are the two woke girls ‘rebelling’ against by entering a Hindu temple while menstruating? The native Hindu culture? A culture that has already been a victim of series of imperialist foreign invasions and colonization? So are they pushing against a culture that is already fighting an uphill battle against imperialist, colonizing forces for centuries? Whom are the two woke girls even representing then? The imperialist colonizer or the struggling, subaltern, native Hindu culture that is also one of the last surviving pagan traditions in the world?

Moreover, given how the Hindu culture already has progressive, feminist values embedded in it, given how Hindus worship female deities and even include menstrual blood as part of their worship, what is the value of the ‘rebellion’ of the two woke girls anymore? Whom is their rebellion against? A culture that literally worships femininity and includes menstrual blood in the process? So, is their fight against the worship of femininity or is it against an imaginary, non-existent oppression? For these are the only two options left for them to fight against.

It is precisely to avoid confronting these fundamental questions that its advisable for all woke people to first educate themselves, reconnect with their genuine emotions and their souls, and only then make a statement. For what is the value of a statement that floats on fashion and a desire for entry in fancy clubs rather than genuine education and emotion? Wine and caviar may be delicious especially when accompanied by fancy, privileged company at soirees, but is it worth a lack of genuine education and a lack of genuine emotional connections with the ground reality?

Dalit Hindu refugees from Bangladesh had migrated to India due to religious persecution in Bangladesh. They had settled in the island of Marichjhapi in the Sundarbans. The CPI(M) government had tried to displace them from those islands in several phases – the government stopped the supply of water, rations, and essentially detached them from the existing mainland economy in order to compel them to submit to the will of the CPI(M). However, the Dalits at Marichjhapi asked for nothing, they simply asked to live and breathe. They made their own little economy on the islands and lived in it. The CPI(M) government then systematically sent the police forces and its own goons to massacre the Dalit population settled at Marichjhapi.

It was one of the largest genocides of Dalits in history, and it happened as early as 1979. And yet, the academia and the film fraternity who today speak of having a conscience, didn’t remember to raise their voices loudly enough (or at all) against this blood curdling genocide of Dalits at Marichjhapi. What stopped them from doing so all these years? And even today, when they spoke of atrocities against Dalits in their video, what stopped them from making any reference at all to the Marichjhapi massacre? Or is it that Dalit lives only matter for woke people depending on the politics of the oppressor/attacker? For most human beings who are still truly connected to their conscience, all Dalit lives matter, however, would the privileged woke people agree?

Since these privileged, upper caste, urban celebrities are such believers in the virtues of critique, surely they would also accept critique and constructive suggestions that are humbly offered to them? And having understood such critique and suggestions, let us agree to do justice to the very critique and challenge that we direct at the existing society and make our critique genuinely informed rather than merely fashionable. For our critique should be precious, it should be used to help us progress and not just create meaningless noise. We owe it to our critique to make it meaningful and a tool for the creation of a better society and not just a selfish tool to enter (or retain our membership at) exclusivist soirees just to rub shoulders with the powerful and click selfies with them for the self-gratification of endless approval on social media.

Therefore, let us agree to first educate ourselves in history, economics, society, and current affairs before rushing to make political statements. Let us agree to study and understand religious texts, literatures, traditions, and practices so that our opinions may be educated, coherent, and based on the truth and not just based on a desire to appear fashionable. For even though the glamour of fashionable, exclusivist clubs, with their fancy company and soirees may be very appealing, surely they are not worth our conscience and our souls?

Domestic Abuse: What Came Along With The Pandemic.