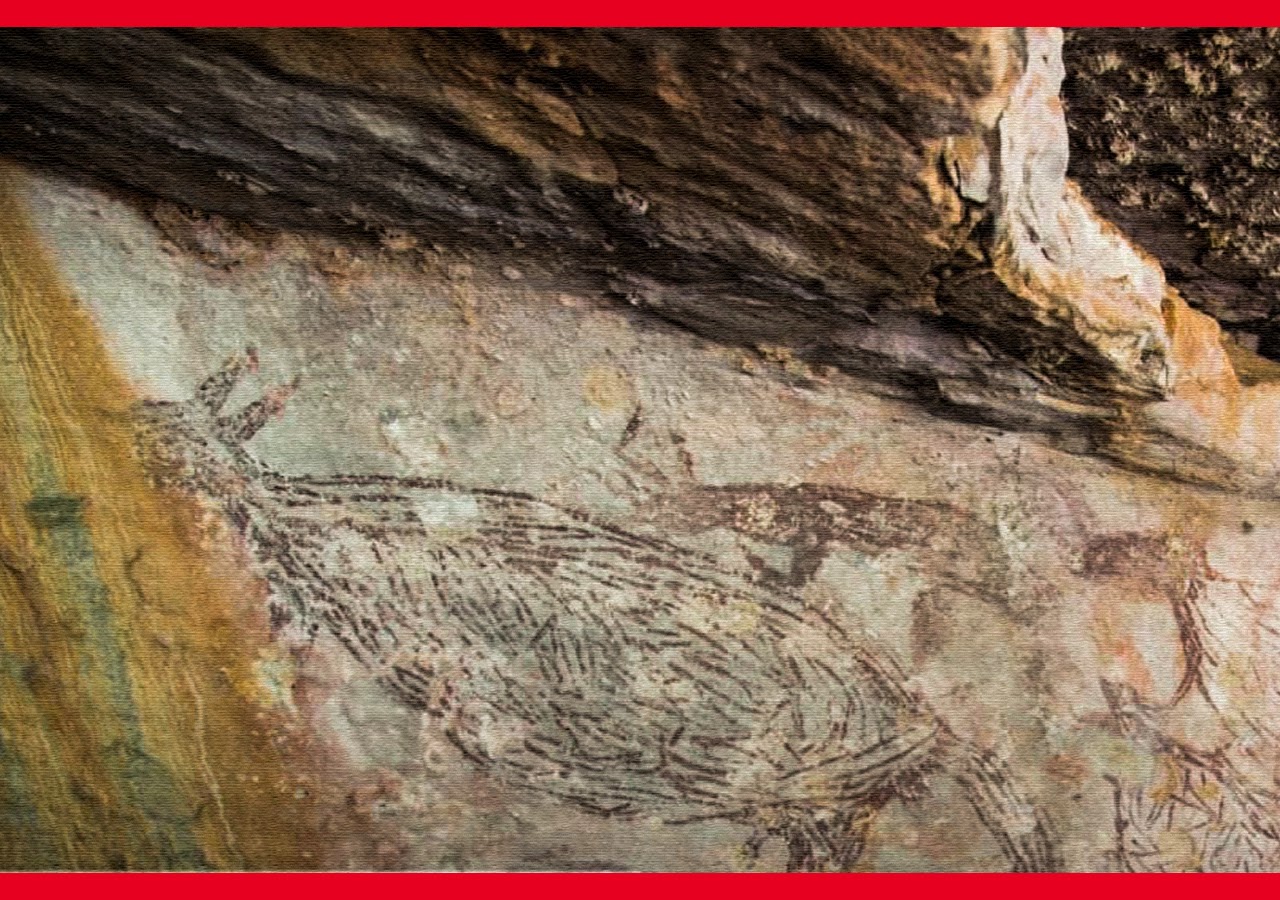 Recently, a life-size drawing of a kangaroo has been discovered in Australia which is nearly 17,000 years old. It the age of the painting is correct, then it would be one of the oldest rock paintings on the entire continent.

According to the research team, the two-metre-long kangaroo is painted on the sloping ceiling of a rock shelter on the Unghango clan estate in Balanggarra country.

With the help of radiocarbon dating of mud wasp nests that were under and on top of 16 similar paintings in the region, the team concluded that the painting of the kangaroo is 17,100 to 17,500 years old.

According to study author Dr. Damien Finch, if the age of the painting is correct, this makes it the oldest confirmed in-situ painting in the Australian continent. Dr Finch pioneered the new wasp-based dating technique and the country’s oldest intact rock painting.

Reportedly, the team of experts from the University of Melbourne are currently working to confirm how old the rest of the ancient artworks are in the Kimberly Region of Western Australia.

However, the 17,500 year age mark does not make the painting the oldest painting ever discovered. The oldest artwork found to date is the painting of a wild pig discovered in Indonesia that dates back 45,000 years

The age of the previous oldest painting in Australia is not known. However, Australian indigenous art is one of the oldest art traditions in the world with more than 100,000 sites found to date.

Dr. Finch said the newly discovered painting of kangaroo is a typical example of paintings in the indigenous Australian style. He also mentioned that “this makes the painting Australia’s oldest known in-situ painting.”

“This is a significant find as through these initial estimates, we can understand something of the world these ancient artists lived in,” Dr Finch added.

How to Register for the Second Phase of Vaccination? Here is All You Need to Know.

SindhuNews- An Ocean of Voices.

Subversion Of The Paris Murder: Blasphemy And Muslimophobia.

The Legacy of Hindutva in Bengal