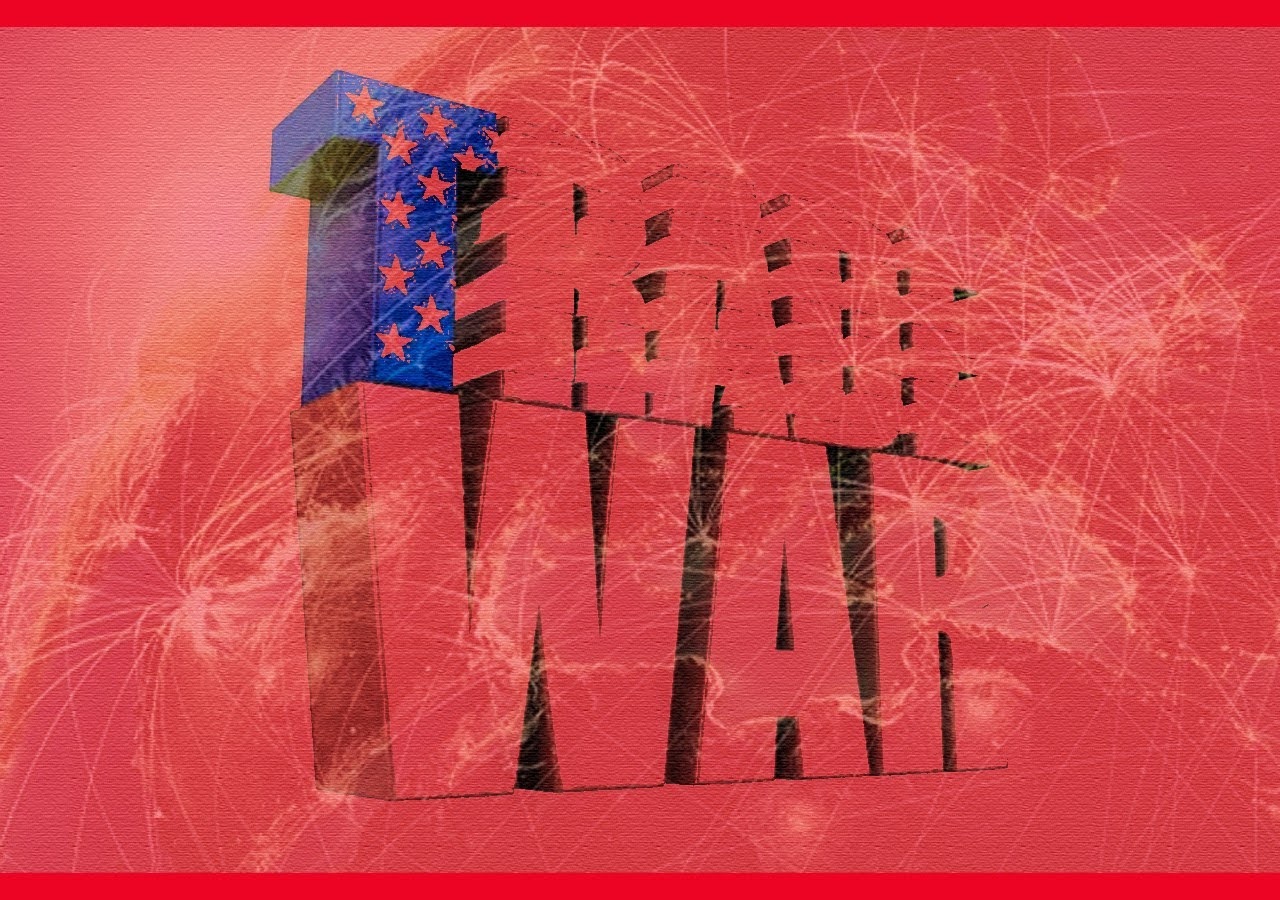 The first substantial report of the Biden administration outlining the country’s new trade agenda and policies has mentioned that India’s Make in India initiative led by Prime Minister Narendra Modi has “epitomised” the trade-restrictive challenges and is confronting trade ties between the US and India. The report also mentioned that opening up markets and removing trade barriers is one of the foremost priorities of the trade agenda of President Joe Biden’s administration.

The report is titled “2021 Trade Policy Agenda and 2020 Annual Report.” It was sent to the US Congress and containsindetails the negotiations that took place between India and the US on a temporary trade agreement over 2019-2020 under former President Donald Trump. The report referred to the negotiations as a “package of meaningful market access outcomes.” However, it did not provide any clue as to how the Biden administration sees them and how it would like to proceed with them.

The report highlighted “long-standing market access impediments affecting US exporters” as the pivotal continuing American concern. Notably, trade conflicts between India and the US, have outlived multiple administrations in both countries, irrespective of the parties in command. These conflicts also result in the weightiest drag on ties between the two countries that are otherwise on an upward trajectory.

“While India’s large market, economic growth, and progress towards development make it an essential market for many US exporters, a general and consistent trend of trade-restrictive policies have inhibited the potential of the bilateral trade relationship,” the report said.

In 2019, India-US bilateral trade in goods and services stood at 146.1 billion dollars and future potential appears to be many times more. In 2013, during his visit to India, President Biden, had said the target should be 500 billion dollars.

Referring to a programme launched by Prime Minister Modi in 2014, Biden’s trade agenda said, “Recent Indian emphasis on import substitution through a ‘Make in India’ campaign has epitomized the challenges facing the bilateral trade relationship.”

Meanwhile, India has called for dialogue on a “fresh package”, and aims go beyond the “nitpicking” as well as continual shifting of the goalpost that characterised the approach of the Trump administration.

The US trade report highlighted the proposal by India and South Africa to relinquish the application, enforcement and implementation of commitments on patents, copyright, industrial designs, and undisclosed information including trade secrets under the WTO TRIPS Agreement in relation to prevention, containment, or treatment of the COVID-19 pandemic without any obligation to support the move at the WTO.

In the report, the US has also asked for increased access for its companies to India’s dairy and poultry markets. The country further wants medical devices to be freed from government-regulated pricing, and resolve issues regarding IT goods.

Notably, in June 2019, former US President Donald Trump had terminated India’s access to a preferential US import promotion programme to compel India to give in. The Generalized System of Preferences (GSP) allowed an estimated 6 billion dollars worth of imports from India to enter the US duty-free.

India has lately criticized the US trade negotiators for their failure to reach an agreement, by frequently shifting, and increasing their demands. Criticizing the US trade negotiators, India’s Trade and Commerce Minister Piyush Goyal said in February, “I think the last time around when we were discussing, we were nitpicking with very small issues and changing the goalposts in every subsequent conversation.”

US’ Widening Gulf with China

Under the new trade agenda, the Biden administration has taken strong steps against China. As per the report, addressing human rights abuses against the Uyghurs and other religious minorities will be one of the primary priorities for the administration. The administration will also unite with allies to address the issue of market misshaping created by the industrial overcapacity issue.

“The ongoing comprehensive review of US trade policy towards China is integral to the development of the Administration’s overall China strategy,” the report added.

The report said that “Key sectors range from steel and aluminium to fibre optics, solar, and other sectors where the Chinese Government has been a key contributor.”

According to 2021, President’s Trade Agenda submitted to Congress, besides countering harmful trade practices, President Biden’s trade team will work to repair relations with allies, and defend US workers.

The report vastly formalizes statements that Biden and his USTR nominee Katherine Tai made in recent weeks. It says, for the Biden administration, the top priority at the moment is tackling the Covid-19 pandemic by securing vaccine supply chains and production.

Meanwhile, on the question of high-profile trade spat between Washington and Beijing, the report admitted the damage caused by “China’s coercive and unfair trade practices,” that undermine the national interests of the US.

The report further states that China’s human rights abuses against Uighur Muslims and other minority groups will be a “top priority” for the Biden administration. “The Biden administration is committed to using all available tools to take on the range of China’s unfair trade practices that continue to harm US workers and businesses,” the report said.

Besides, the report adds that restoring shredded relations with allies and trading partners will also be included in Biden’s strategy for dealing with Beijing in the effort to “address global market distortions created by industrial overcapacity.”

“Americans and consumers around the world do not want products made with forced labour on store shelves, and workers should not be disadvantaged by competing with a state-sponsored regime of systematic repression,” the report added.

On one hand, while the US is trying to put up a strong fight against China with its new trade agenda, India is trying to improve its trade relations with the country.

On Sunday, Indian Foreign Secretary H.V. Shringla remarked that rebuilding a normal bilateral trade relationship with China was contingent on peace and tranquillity. He also said that India was looking to adjust its trade dependencies.

Shri. Shringla made these statements while speaking at the penultimate panel discussion titled “India as Global Partner” at the fifth Asia Economic Dialogue (AED) 2021, jointly hosted by the Ministry of External Affairs and the Pune International Centre (PIC).

Remarking on India’s future relations with the United States in presence of the new Biden administration, Shri. Shringla said that over the years, India has had “an element of continuity” with the US. Moreover, Prime Minister Modi had good personal relationships with both President Barack Obama and President Donald Trump.

Shri Shringla said, “The current bilateral trade with China at 78 billion dollars is heavily tilted in the latter’s favour and that will need a reset. India on its part is simultaneously working on diversifying its sourcing to ensure a more resilient supply chain in the future.”

“While China continues to be one of India’s most important trade partners, the balance of trade is skewed in favour of the former. With recent disturbances in eastern Ladakh and the ongoing process of disengagement, there is introspection on our part in making our supply chain more resilient… a normal bilateral relationship with China is calibrated on peace and tranquillity on other fronts,” he added.

Talking about trade efforts with the US, Shri. Shringla mentioned that the Indian government was trying to figure out details of new proposals with the Biden administration to make a stronger supply chain in the Indo-Pacific region.

“We are trying to work out details of various proposals that have come in. How we can work together in the Indo-Pacific? This included maritime security,” Shri Shringla said.

On the other hand, Shri Rahul Chhabra, the Secretary of the Ministry of External Affairs noted that India’s international economic cooperation program was based on the shibboleth of “the world is one family.” He said India’s basic premise rested on ‘development partnership’ with fellow nations. In terms of geographical reach, India covered 65 countries across the world for just the lines of credit, he added.

Shri Chhabra also said, “It is not a donor-recipient relationship. India has granted a massive package of 40 billion dollars over the last decade and a half to foreign nations.”

Iraq: Multiple Rockets Fired at Military Base Hosting US Troops.

India will Manufacture AK 203, One Lakh Rifles to Arrive From Moscow.

Geneva To Adopt The Highest Minimum Wage In The World.