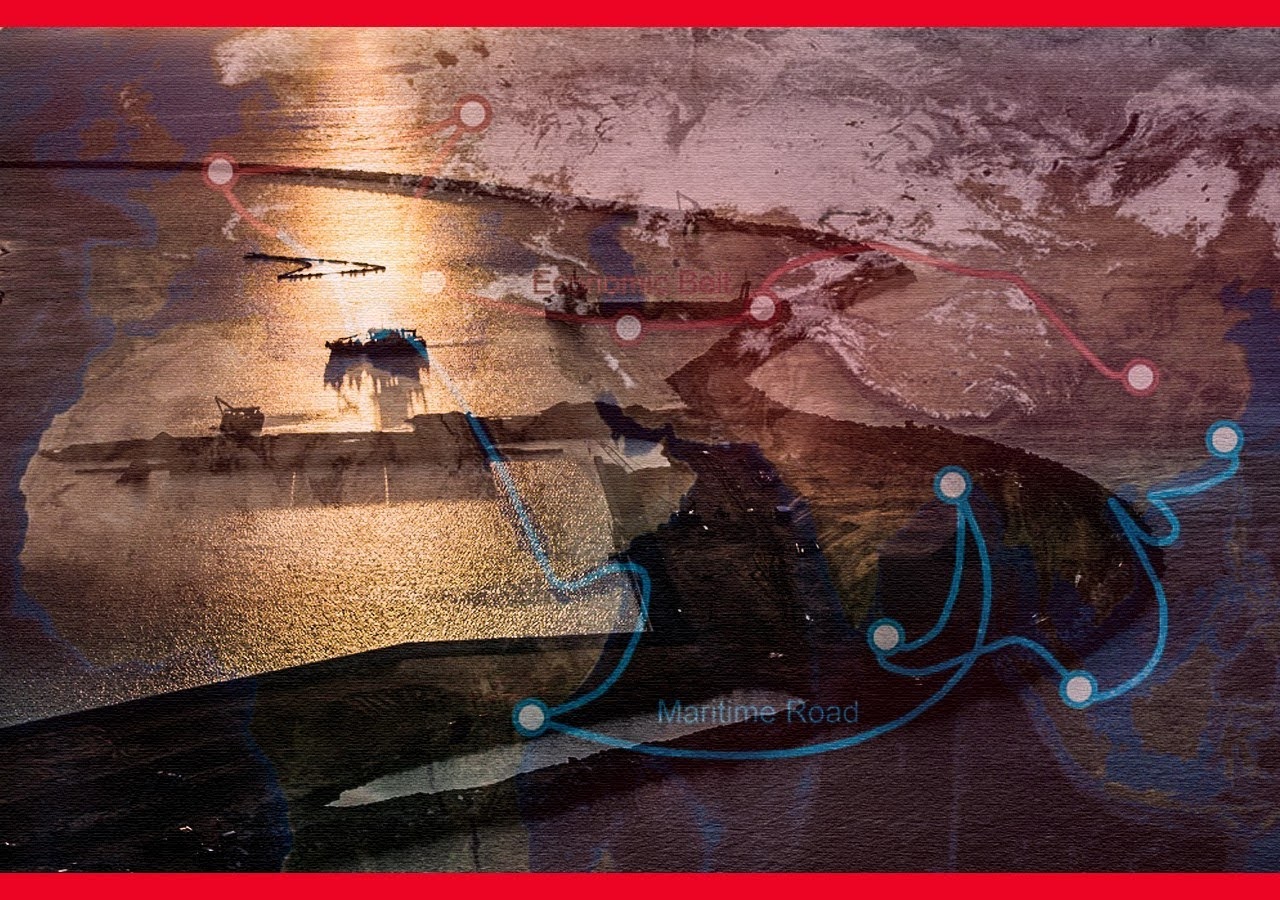 Back in 2013, during his official visits to Kazakhstan and Indonesia, Chinese President Xi Jinping launched one of the world’s most ambitious infrastructure projects that is, the Belt and Road Initiative (BRI).

The BRI, initially named  ‘One Belt, One Road’ (OBOR), is a bloc of development and investment initiatives that claims to stretch from East Asia to Europe, and vastly expand China’s economic and political influence along the way.

The BRI has two different branches. One is the overland Silk Road Economic Belt, and the other is Maritime Silk Road. Under the first branch, China is aiming to connect the underdeveloped interiors of the country to Europe via Central Asia while the maritime component that comes under the second branch of the BRI, aims to build ports and railways to connect the fast-developing regions of Southeast Asian to China’s southern provinces.

As of now, over 60 countries- home to nearly two-thirds of the world’s population- have either joined the BRI projects or expressed their interest in it. However, even after eight long years since its first announcement and involvement of two-third of the world population, the Belt and Road Initiative (BRI) is still a mystery that is causing much furore across the world.

In 2015, two years after Xi Jinping’s announcement of the BRI initiative, the National Development and Reform Commission, the Ministry of Foreign Affairs, and the Ministry of Commerce published the first-ever official blueprint on what was then still called OBOR. Now, Morgan Stanley has predicted that by the year 2027, China’s overall expenses over the entire duration of the gargantuan BRI initiative could reach to 1.2 to 1.3 trillion US dollars.

The framing of the BRI has resulted in free-flowing reinterpretations not only around the world but also within China. Interestingly, some of the interpretations are completely opposite to the central leadership body that is the National Development and Reform Commission (NDRC).

While some provincial governments are linking the BRI to a sense of growing military power, some others have even claimed that the initiative will restore China’s ‘historical honour’. Meanwhile, while one section of the Chinese intellectuals and military generals explained BRI as a smart geopolitical strategy that will eventually resolve the country’s internal policy discoordination, the NDRC  has emphasised economic cooperation and peaceful development.

However, Beijing has already made considerable efforts to control the varied narratives on the BRI to prevent the spread of misleading BRI concepts.

Reportedly, scholars at the Chinese Academy of Social Science were also outlawed from theorising or speculating over any meaning and implications of the BRI after 2015.

However, despite all the efforts, there has been continuous growth in global speculation about BRI. The BRI has not only been portrayed as China’s strategy to achieve supremacy in Asia by disparaging the United States, but also as an supplement to the Chinese domestic economy as well as for regional security concerns, a new form of economic globalization, the revival of the historical Silk Road, or even as a flexible indeterminate scheme that somehow includes all the mentioned notions.

What is the BRI?

BRI was first proposed as an extensive policy concept or rather more like a slogan which was subsequently filled in with concrete content and plans. If one looks closely at Beijing’s official statements over the years and the implementation of the initiative, it becomes clear that BRI is nothing but a constantly changing group of policy settings. Over the years, the Chinese government has rooted the BRI into almost all aspects of the country’s domestic policy.

It can also be said that the BRI is not only a mere initiative but rather China’s response to former US President Barack Obama’s ‘Pivot to Asia’ as well as the thriving salience of the Indo-Pacific maritime geography.

In recent years, the Indo Pacific region has emerged as a key component to the security and foreign policies of countries such as India, the US, Japan, Australia, the UK, France, Germany, as well as the member countries of ASEAN. Meanwhile, China is making efforts to bolster the global economic links to the country’s western regions that have been ignored for long. At the same time, China, under Jinping, is taking up various economic developments in the western province of Xinjiang, where the Communist Party of China has waged a brutal campaign of oppression and violence against the Uyghur Muslims.

China has captured the world’s attention by demonstrating the urgency of boosting infrastructure development and transnational connectivity as the next stage of economic globalisation. Other global powers have been forced to respond to China with their own infrastructure and connectivity plans; the demand is high, and China is the first power to try to fill it. As it does so, Beijing appears to be falling into similar patterns of conflict

Sure enough, with the BRI initiative, China, soon to be the world’s largest economy, has been trying to push its influence. However, the most important question at the moment is whether the BRI shrouds deceptive tricks such as the “debt trap” theory to strategically maintain the regional hegemony of Beijing.

Political economist Lee Jones and Shahar Hameiri believe that the system of China’s development financing is too confused and poorly organized to be well-prepared to successfully implement the BRI. For example, China’s overseas loan and projects are easily impacted by the changing Sino-American relations and the recent pandemic. Moreover, the China Africa Research Initiative, Lowy Institute, and Rhodium Group recently revealed that the debt diplomacy system that China often boasts of has been exaggerated in reality and overseas asset seizures have rarely occurred.

As far as the military influence of the BRI is concerned, former US diplomats such as Daniel Russel have argued that the majority of the BRI ports that China has built have specific commercially designs and it is almost impossible for them to serve any military purpose. Moreover, even the commercial implementation of some of the BRI projects have been messy and chaotic. Even the pro-BRI official advisory group has admitted the fact that the BRI does not have any centralized coordinating mechanism.

Notably, even as the Hambantota port in Sri Lanka was leased out to a Chinese company, there has been no record of any Chinese military operation in or around Hambantota. One of the reasons for this is that, in reality, the realisation of BRI projects is determined by local governments and their political and economic interests as well as bilateral interaction with Beijing.

It is clear that Beijing is aware of all the issues and problems related to the BRI and has taken multiple measures to avoid them. However, as it seems, China is unwilling to reveal these publicly since, as always, the country is trying to protect its image which has been one of the primary focuses of its foreign policy.

However, the bottom line that one can reach from the present scenario of the BRI is that it never has been a strategy. Rather, it is an accumulation of constantly changing policy settings.

Five James Cameron Movies That You Need to Experience.

Modi to Financially Assist Over 6 Lakh Beneficiaries in UP.

The Report of the Fifteenth Finance Commission.