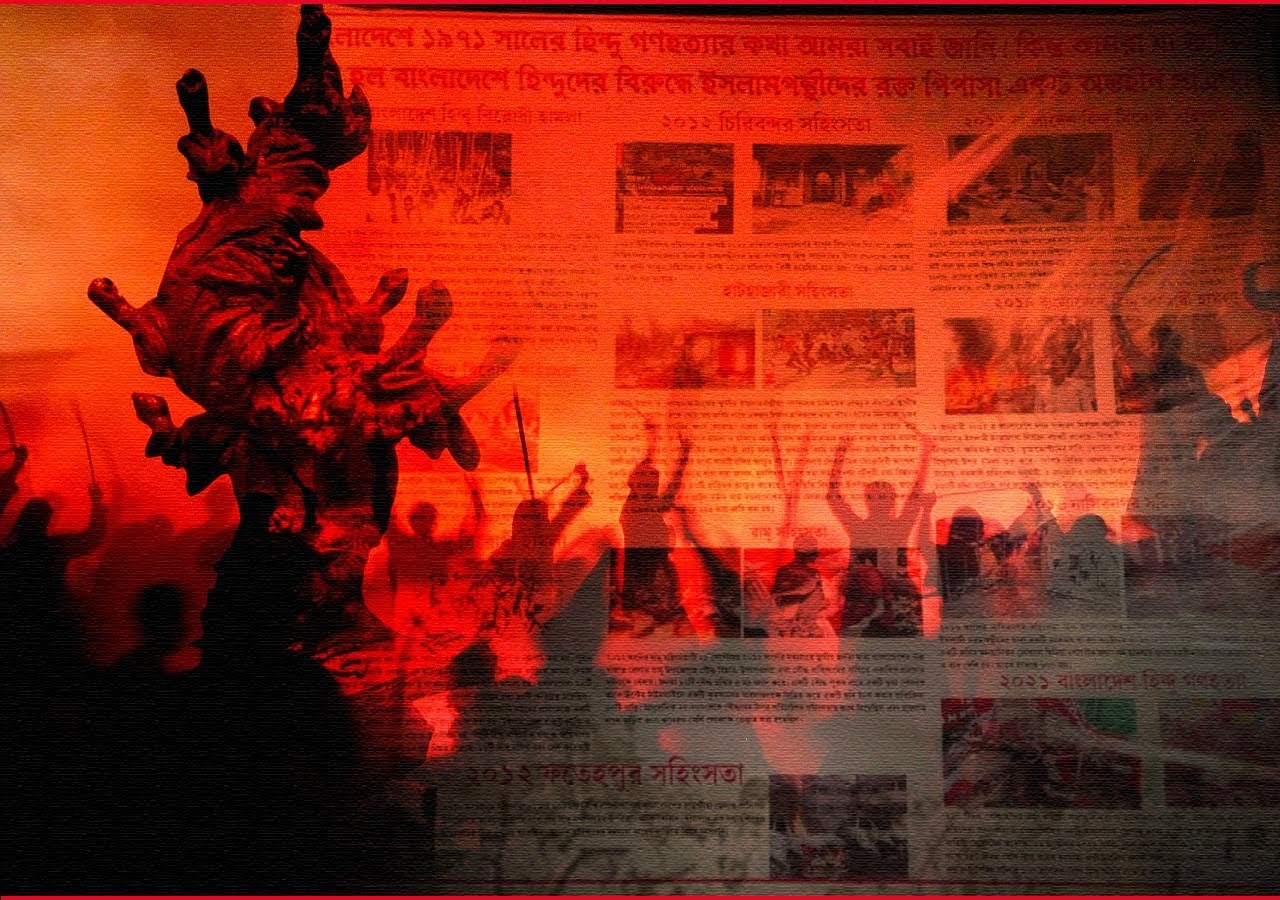 In West Bengal’s Dumdum earlier this year, during Durga Puja a pandal was “decorated” with shoes and chappals. It sparked outrage among social media users. The concerned Puja was hosted by the Dumdum Park Bharat Chakra puja committee, who claimed they were attempting to reflect the plight of alleged farmers protesting against the Farm Bill enacted by both Houses of Parliament last year.

The pandal also included paddy-bunches and trackers, as well as anti-Farm bill placards and banners condemning the violence in Lakhimpur. All Hindus regard the Devi idol, the mandap, and the Durga Puja Pandal itself to be sacred. What message did they convey by utilising a shoe as a decorative item on a puja pandal?

It’s very clear nowadays that the Hindu festivals like Durga Puja are used as a launchpad for propaganda in the guise of social activism and communist revolution fantasies.In a contrasting case, the Kali Puja pandal of Bhasha Shahid Colony near Silchar Railway Station made an unusual effort of highlighting the history of systematic massacres of Hindus in Bangladesh. The recent killings and attacks in Bangladesh on Hindus and their places of worship sparked widespread concern among Hindus around the world. However, the outcry appears to be fading today, as the Bangladeshi government continues to crack down on Hindu social media accounts that were spotlighting the atrocities in front of the international community, allegedly on bogus and fabricated allegations.

The Bhasha Shahid Colony of Silchar Railway Station, did not hesitate to draw attention to the recent attacks and the little history of murders in the neighbouring country. Since Bangladesh’s independence in 1971.

An Instagram photo frame booth was also set up for people to take photos in, with hashtags calling out Bangladesh Hindu Massacre and the recent attacks on Bangladeshi Hindus during the Durga Puja celebrations.

Sayan Paul, a member of the Railway Yuva Sangha Club’s committee, believes that the recent attacks on Hindus in Bangladesh are disgusting and part of a larger scheme to exterminate Bangladesh’s whole Hindu community. Sheikh Hasina is one of the most astute leaders in the world, allowing such attacks to take place while hiding behind her ‘Secular Image.’ Sheikh Hasina continues to imprison Hindus for protesting against attacks on them, despite portraying herself as a secular leader, according to Sayan Paul.

Last month, the rampant vandalism of the heavenly Goddess’ idols and Puja Mandapas was reported throughout Bangladesh. During the 10-day Durga Puja celebration at least six people were killed and hundreds were injured in slanted communal violence and mayhem. Several ISKCON temples were also wrecked. Several instances of unidentified Muslim individuals attacking minority populations’ celebration of Durga Puja were recorded across Bangladesh.