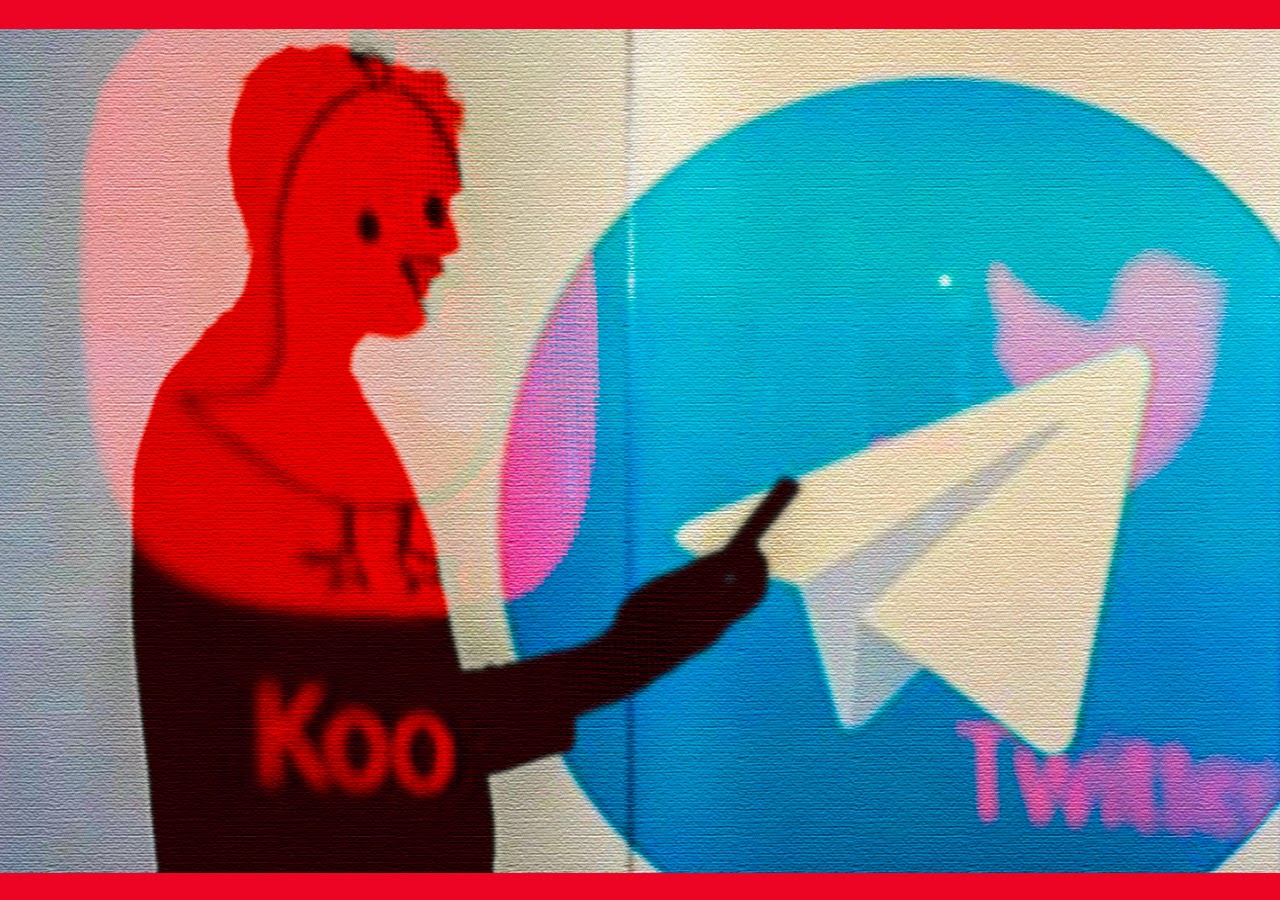 Made in India micro-blogging platform Koo has been marketed as being essentially intended to replace Twitter. Only a few weeks back, Twitter cited concerns of free speech over not complying fully with the Union Government’s order to block accounts that were allegedly spreading false information and propaganda on the farmers’ protests. This brought the company into direct conflict with the Government of India.

Thus, many ministers of the central government, authors, news agencies and celebrities have moved to Koo. Some have relinquished their Twitter accounts, while others have added Koo on to their social media posting maps. Koo mostly seems to be a ‘desi’ Twitter for Indian languages such as Hindi, Telugu, Bengali, etc.

The company hosting the app claimed that it seeks to open up the internet for users who don’t speak English. Koo, however, has gained enormous popularity. Within a few months of its release for the public, it declared an extensive partnership with India’s leading Hindi news house Republic Bharat, owned jointly by journalist Arnab Goswami.

On one of his nightly shows, Mr. Goswami debated the “Koo Revolution”. He stated that there has already started an “organic”, “mass migration” underway of influencers and several government officials to Koo. After India’s Koo App, there is now yet another app named Sandes which is reportedly intended to replace WhatsApp.

Similar to WhatsApp, the Sandes app is an instant messaging service. It looks like a common messaging application, but its features are quite different from others available for people to use. The Sandes app has also a feature of audio and video calling along with private chat and group chat. It is to be noted here that only a few days back, the Supreme Court of India issued a notice to Facebook and WhatsApp over its updated privacy policy that has been postponed for the next few months.

The National Informatics Centre (NIC) has launched the instant messaging platform named ‘Sandes’ on the lines of WhatsApp. The NIC released the foremost version of the app in August 2020. It was claimed that the app could be used by Central as well as State government officials ‘for both intra and inter-organisation communication’.

At first, the app was launched for only for Android users but later the service was extended to iOS users as well. Keeping security concerns of the public in focus, the Ministry of Home Affairs had in April last year issued an advisory to all government employees which asks them to avoid using apps such as Zoom or associated platforms for official communication.

The launch of these apps like Koo was partially motivated by national strategy to make the citizens use ‘Made-in-India’ software so as to build an ecosystem of indigenously developed products.

It has also been noted that right wing ecosystems inside of India have taken it as a labour of ideology to promote Koo and similar other alternatives to applications like Twitter and Facebook. There are also other apps like Mitron and Elyments which have taken to compete with American-Chinese social media vendors on the Asian market.

In January 2021, Telegram has set the record of being the most downloaded non-gaming app worldwide. Analytics from Sensor Tower shows around 24 per cent of the download have came from India. In the month of January, the application was downloaded 63 million times, from which India’s number counts to 15 million. This sudden increase in the number of downloads was due to the WhatsApp’s new privacy policy which led a huge mass to switch to Telegram.

A survey noted that even if the WhatsApp loses its competitive advantage of most of the contacts for anybody using the app, over 70 per cent of the users said that they will continue to use both the applications.

On 12th February 2021, Telegram founder Pavel Dhurov said that the advertisements that will run on the platform will remain privacy-focused. He too added that advertisements will be shown in one-to-many channels, which will help the owners of the channel monetise their accounts. Several content creators on the platform monetise through selling promotional posts on their channel.

While WhatsApp seems fine with its users moving to other chat apps, it counters claiming that the data that it collects from its users are required to make the platform free, safe and reliable. It lashes out against two of its biggest rivals, Signal and Telegram, stating that both are simply trying to “get away with claiming they can’t see people’s messages.”

Following these discoveries, security researchers waited 90 days before informing Telegram of the security issues. But, the platform acted swiftly to patch the flaws with the release of its newer update. So, if your Telegram app is up to date, you will be protected, reads a report.

Another mentioned rival in the market is Signal, which is an open-source development provided free of charge by the non-profit Signal Foundation and has been used widely for years by several. The primary function of this application is that it can reportedly send fully encrypted text, audio, picture, and video messages to either an individual or a group, once the verification of number is completed. It also lets a user to independently verify other Signal users’ identity. In terms of its privacy policy, it’s hard to pick out an alternative as it doesn’t store any sort of user data. Telegram however falls somewhere in the middle of the privacy scale, and it stands apart from other messenger apps because of its efforts to build up a social network-style environment.

How Can The EVs Become a New Normal.