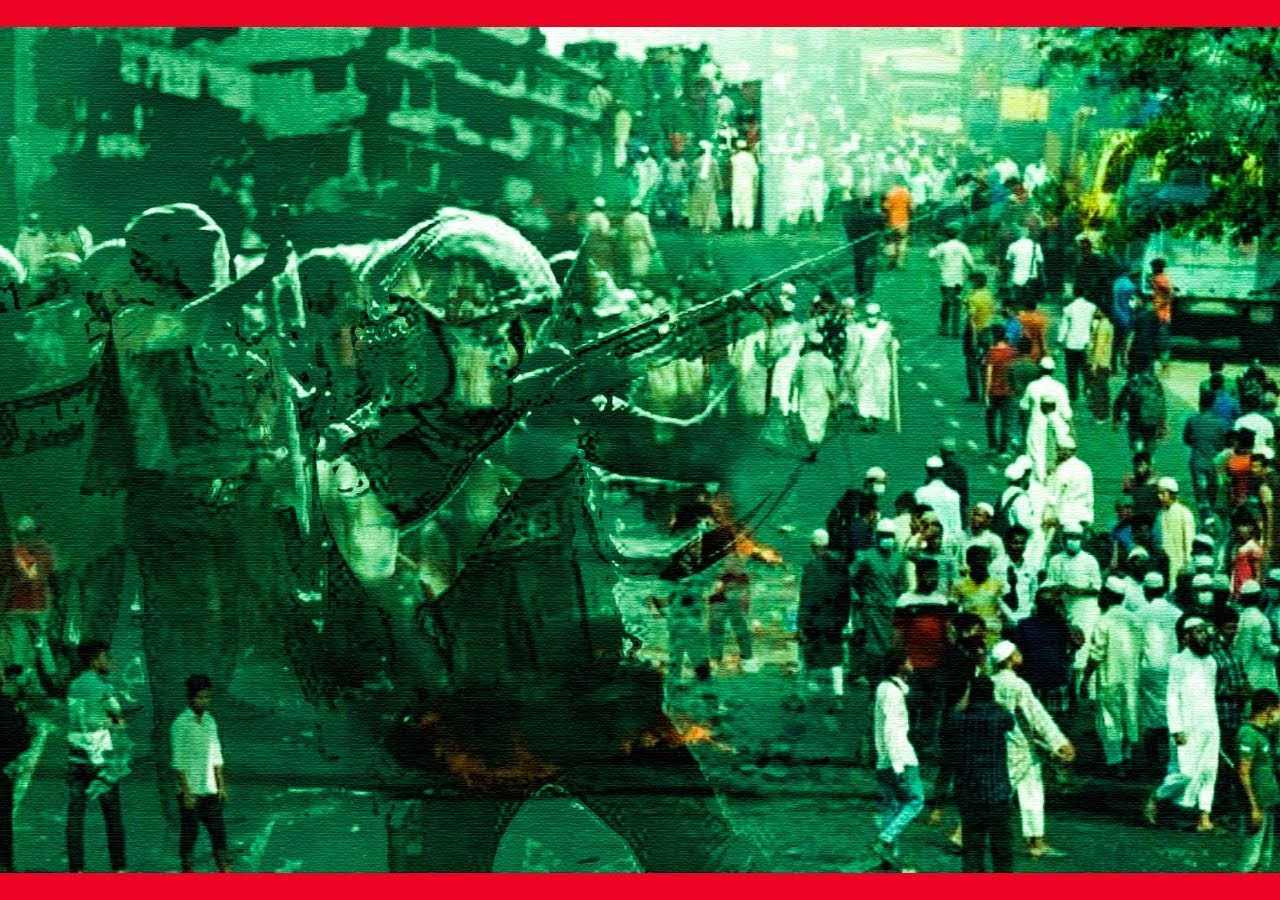 At least 3 people were killed and several were injured on Sunday (28 March 2021), as violence erupted between Hefazat supporters and law enforcers of Bangladesh. The rampage went on amid the nationwide dusk-to-dawn shutdown called by hardline Islamist organisations Hefazat-e-Islam and the banned Jamaat-e-Islami. Multiple incidents of clashes, road blockades, torching and vandalism of vehicles and offices were witnessed throughout the day. Even a train and a temple where Dol Purnima puja was being held were vandalised. Death toll of the violence that began with demonstrations against the visit of Prime Minister of India has now increased to 14.

PM Modi arrived in Dhaka on Friday (26 March 2021) to celebrate the 50th anniversary of Bangladesh’s nationhood. He left the country on Saturday (27 March 2021) after gifting Sheikh Hasina some 1.2 million Covid-19 vaccine shots.

The Hefazat activists accused Modi of discriminating against Indian Muslims. They also denounced PM Modi’s role in the 2002 Gujarat riots and alleged that he has continued oppression on the minorities in India. They strictly objected to the invitation extended to PM Modi and pointed to the Indian ruling party’s aggression and alleged antipathy for Bangladesh.

On Friday (26 March 2021), at least four people were killed and nearly dozen more were injured in the national capital Dhaka as police fired tear gas and rubber bullets at protestors. Consequentially, thousands of Islamist activists marched down the streets across the country on Sunday (28 March 2021).

Hundreds of madrassa students came out and blocked the Dhaka-Chittagong highway using electric poles, timber and sand bags, burning tires and disrupting road communications between Chittagong and Sylhet. In Sylhet, Jamaat members, backed by Hefazat, brought out processions in different parts and exploded crude bombs. Four rioters were reportedly arrested in connection, but the police declined commenting on it.

A train in the eastern part of Brahmanbaria was attacked by the rioters which injured nearly 10 people, a police official said. “They attacked the train and damaged its engine room and almost all its coaches,” the official said in one of his statement to Reuters.

The violent protesters also ransacked Brahmanbaria’s biggest temple Sree Sree Anandamayee Kali Mandir, thrashing and breaking the idols of Lord Krishna and Goddess Kali. The temple’s donation box was looted, while the artefacts which were used for ceremonies were ransacked and strewn about. “We were performing Dol Purnima puja when 200-300 armed men suddenly broke the temple gate and barged into our ceremony,” Ashis Paul, president of the Anandamayee Kalibari Temple Festival Committee said. “We tried our best to protect the idol of goddess Kali, but they shoved us aside and vandalised the idol,” he added.

The rioters further went on to set alight two buses in the western district of Rajshahi on Sunday (28 March 2021), while hundreds of them clashed with police in several places, pelting them with stones.

Bangladesh Home Minister Asaduzzaman Khan Kamal promised that the government will take strict action to “prevent all kinds of anarchy and secure people’s lives and properties.” He stated that the miscreants are some rowdy people who were spurred on by religious fanaticism.